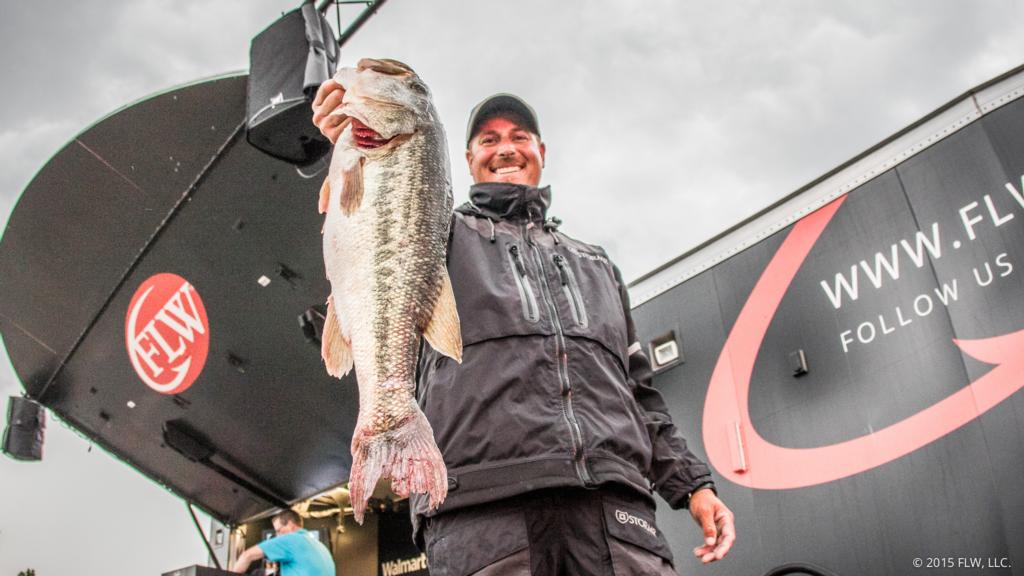 Bryan Thrift shows off the best of his day-two limit. He cracked 18-12 and moved into seventh place. Photo by Shane Durrance. Angler: Bryan Thrift.
Season opener of Southeastern Division set to be action-packed
May 28, 2020 • Kyle Wood • Toyota Series

Kicking off the Southeastern Division of the Toyota Series on Lake Eufaula should be quite the show. Early June at Eufaula offers anglers the chance to catch bass any way they like, from shallow to deep. With as many 4- and 5-pounders as this Chattahoochee River impoundment holds, there should be plenty of fireworks to watch.

Hosted by the Eufaula Barbour County Chamber of Commerce 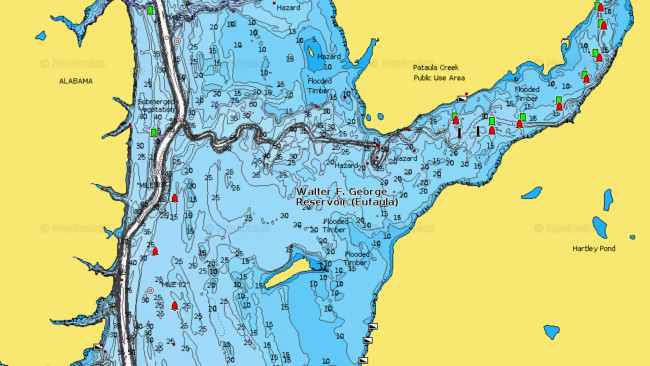 Lily pads, gator grass and hyacinth are the most abundant vegetation in the lake. There’s also hydrilla, though this year it isn’t as prevalent.

Off the bank, there are countless brush piles littered throughout the lake. And the lower end features numerous ledges where large schools of bass flock as the summer heat sets in.

While there are spotted bass to be caught in Eufaula, it is the largemouth population that receives the bulk of the attention. 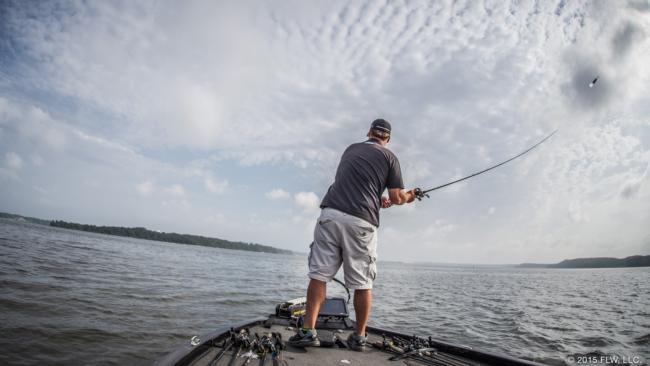 Because of the shallow cover at Eufaula, bass don’t flood the offshore ledges after spawning the way they do on Tennessee River fisheries. Throw in the fact that there could be a good bluegill spawn happening during the event, and the likelihood of seeing a few guys make the top 10 by fishing shallow is very real.

Back in 2013, when the FLW Tour came to Eufaula in mid-May, Randy Haynes ran away with the tournament fishing out deep, but there was a strong contingent of pros cashing checks on the shallow bite. When the Tour came back in May 2015, there was more emphasis on the offshore bite, but still, the shallow bite held its own.

“You’re gonna be able to catch them however you want to catch them,” says Batts. “You can fish shallow and swim a jig or throw a frog and have just as good of a chance at winning as you will fishing out in 20 feet. June is my favorite time to guide on Eufaula because you can catch them any way you want.

“The only thing with the shallow bite is you can catch some good bags shallow, but it’s hard to consistently catch 20 pounds up shallow. But, the bluegills are starting to spawn, and if the mayflies start to hatch then that shallow bite could really take off.”

So, a shallow bite will certainly be a factor, but with summer creeping in, there should be fish migrating out to the brush piles and ledges on Eufaula, too.

“Everything is so close to busting loose it’s crazy,” Batts adds about the offshore bite. “The water temperature is rising, there’s more bait out and they’re pulling water. Next week could really be the perfect storm for fishing ledges.

“One thing I don’t think we’ll see play as much are the brush piles. Right now, the fish seem like they are out on the ledges or up shallow. I’m not saying you can’t catch fish from them [brush piles], but they haven’t been as big of a player as they have in past years around this time.”

Regardless of where pros choose to fish, it’s going to take some weight to get the win in this event. It could take anywhere from 60 to 70 pounds over three days to win, and if conditions get right it wouldn’t be surprising to see that go even higher. 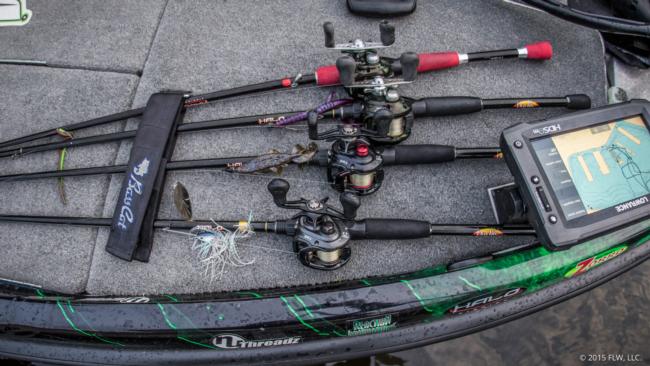 On the shallow front, swim jigs, Z-Man ChatterBaits and frogs will get a lot of work. Batts says there should be a decent mat-punching bite, so a big weight and soft plastic might be a common sight. And if the bluegills are spawning, topwaters such as a Brian’s Prop Bee could help catch a kicker or two.

Offshore, expect to see the usual suspects: big crankbaits, Texas rigs with a big worm, spoons and hair jigs. Of course, swimbaits and Scrounger-style heads should get a lot of water time, too. Depending on pressure put on the ledges, finesse stuff like a drop-shot or Neko rig could come into play.