Things are tightening up on the final day 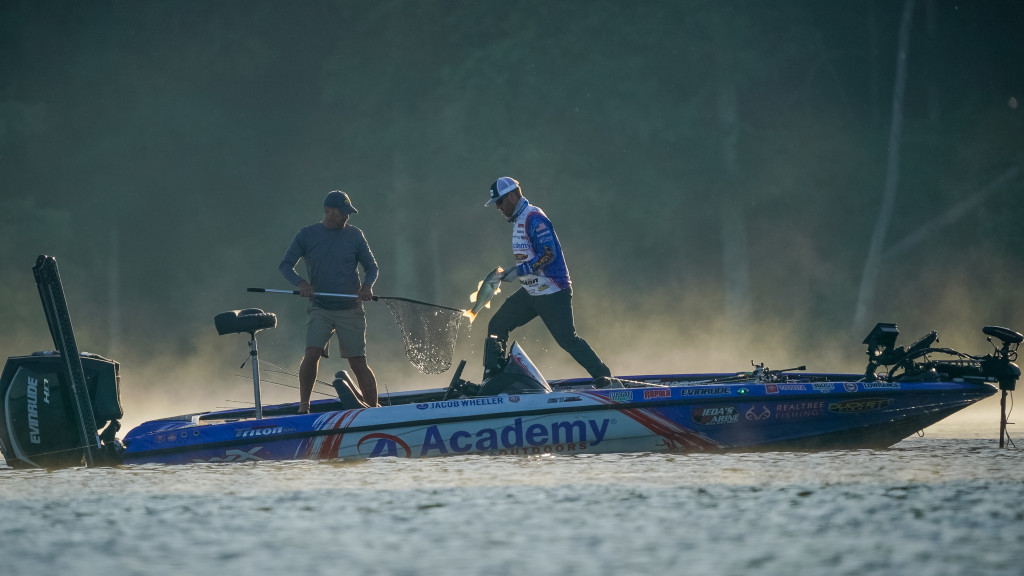 For two days Pickwick Lake gave up some nice early morning flurries for the top10 fishing the Toyota Series Central Division event. But this morning, the lake might as well have been frozen over. Despite ample amounts of current still rolling down the lake, and fairly light fishing pressure for a beautiful Saturday morning in the Tennessee Valley, the early bite was shut down for most of the field.

John Murray’s hotspots produced just two keepers for him in the first four hours of the day. Jacob Wheeler started the day with a small limit of 11 pounds. Buddy Gross’ magic shad spawn spot sent him packing down the lake early on. Justin Atkins was also looking at bailing on his productive shallow ledge with just two keepers and heading to the lower end of Pickwick. Brent Anderson had two keepers. Michael Bean had one keeper and Jimmy Washam still had zero. Michael Brewer had worked himself up to about 13 pounds.

By 11 a.m. the biggest bag of the day actually belonged to co-angler Josh Lockard who had sacked about 18 pounds fishing behind Murray. Lockard entered the day with a 3-pound, 9-ounce lead, so unless some miracle has happened in the back of someone else’s boat, Lockard will likely be leaving Pickwick with a brand new Phoenix boat.

Outside of Lockard, there’s a lot left to be decided. So, be sure to tune in for the live weigh-in at 2 p.m. CT.