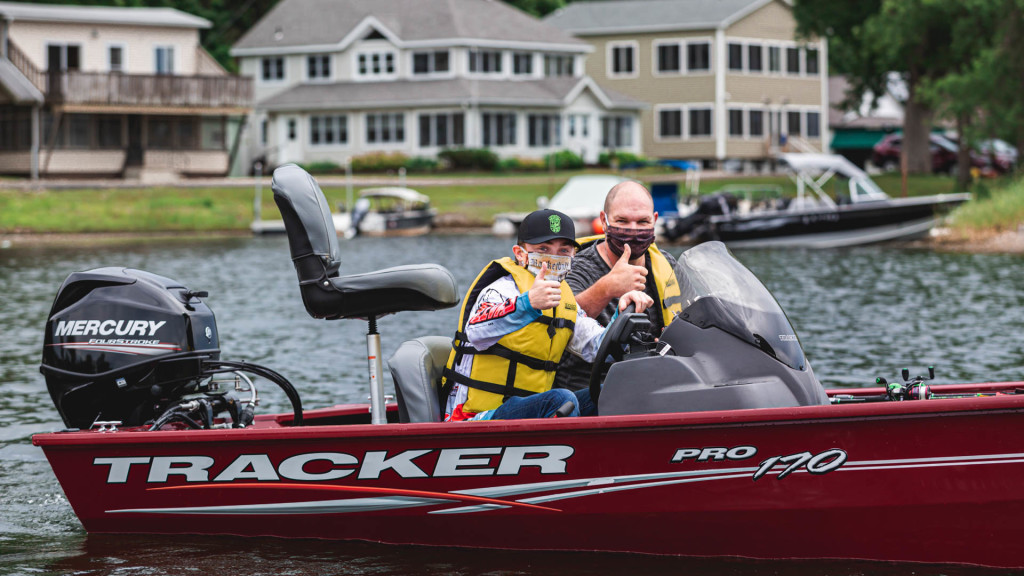 On June 27, 16-year-old Noah Crogan’s big wish came to fruition at the Apple Island Marina on Lake Champlain when he became the owner of a brand-new Tracker aluminum bass boat. Thanks to Make-A-Wish Vermont, the Vermont Fish and Wildlife Department and local anglers – including Phoenix Bass Fishing League and Toyota Series angler Cole Harris – Crogan was surprised at the marina with the boat, along with plenty of rods and tackle to get him on the water.

Of course, something like this couldn’t have happened without the help of generous donors and volunteers, with Harris being one of them.

“A friend of mine actually reached out to me and asked if I’d be interested in helping with something,” Harris says. “He said he was working with a young man to try and get him a bass boat. As soon as I heard that and what Noah has been through, I was all-in.

“I got ahold of Favorite Rods and Berkley to see if they’d be willing to help, and they sent rods and baits for us to give to Noah.”

Crogan has primary immune deficiency, bilateral bronchiectasis and tracheomalacia, which means he suffers from a compromised immune system along with two diseases that affect his airway and lungs. He’s been apart of Make-A-Wish for a year now and before the event Crogan was told he was heading to Apple Island with family to see a friend’s boat, but he soon realized just how special of a day it would be.

Two Fish and Wildlife wardens, with sirens blaring, led a convoy of bass boats up to the dock where Crogan and family were standing. That’s when they announced the news.

“There were a couple other anglers out there [Saturday], and we hid around the corner from the marina with the new bass boat and the warden boats,” Harris adds. “Once Noah got down there, we followed the wardens with their sirens going toward the dock, and as we got close, they announced his wish came true. We let the dust settle, and I came over with rods and baits, and other guys had stuff donated, too. Noah said it was the best day of his life. His family didn’t even really know about it either, so it was pretty special.”

Of course, you can’t get a new boat with all the tackle and rods you could handle without wetting a line.

“To make it even better, we all went out and had a mini-tournament once Noah got settled in his boat,” says Harris. “He had a blast. He broke the boat in well. And the best part is that he’s been talking to us ever since then. You’d have thought we’ve known him our whole lives.” 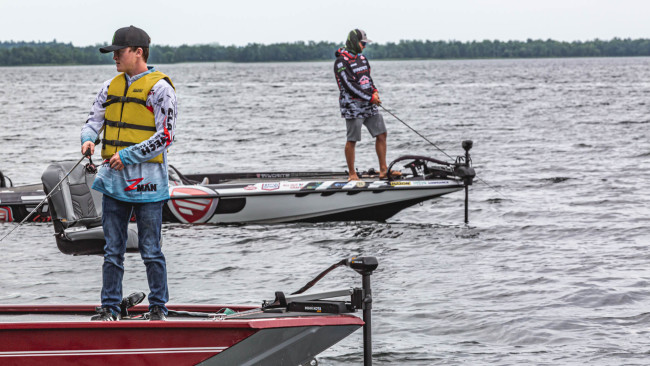 Crogan is excited to hit the water as much as possible. And you can bet his new Vermont angler buddies, like Harris, are just as excited to see where this dream takes him.

“This was just really cool because getting youth in this sport is important, and it’s important that we as anglers stick together,” says Harris. “This story is a perfect combination of all of that. Who knows, this kid could be the next Kevin VanDam one day, and it all will have come from that one moment.”