Rogers Wins from 8th on Erie 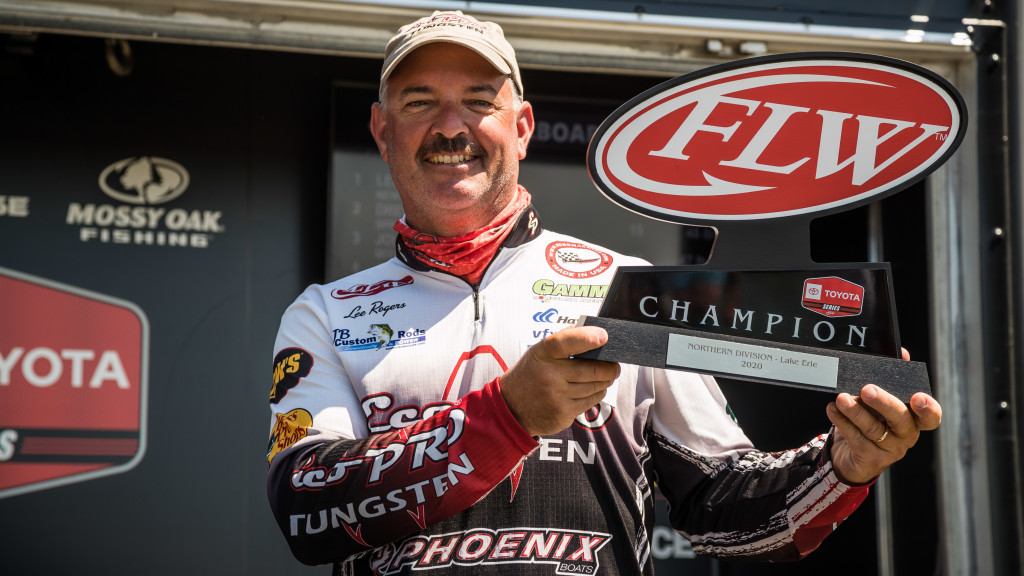 Starting the final day in eighth place, Lee Rogers of Newton, N.J., rocketed up the leaderboard with the biggest limit of the day to win the Toyota Series Northern Division event on Lake Erie. With the field confined to the area around Sandusky Bay due to wind, Rodgers brought 15 pounds, 10 ounces to the scale for a total of 48-12 to earn his first win with FLW. For his win, Rogers gets the trophy and a $32,439 paycheck. 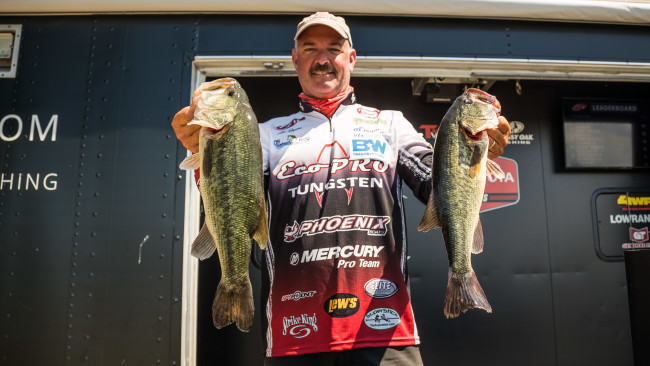 On days one and two, Rogers fished around the islands near Sandusky for smallmouths like the majority of the field. Posting 17-3 and 15-15, he put himself in the top 10 with a pair of solid days on a stingy week.

“We had a hard time putting it together. I thought the fish would be deeper; that’s how I usually fish here this time of year,” says Rogers of his practice. “I started working shallower and found a bunch of them in the 15-foot range. We alternated between baits. They wouldn’t eat a spy bait or a spinnerbait, but they’d eat a drop-shot.”

Concentrating on a handful of rocky spots on Kelleys Island and the Bass Islands, Rogers caught his smallmouth between 12 and 18 feet deep for the most part.

“They were small spots, so it didn’t take long to find the fish on them,” says Rogers. “But there were no numbers; you would just catch one or two.”

For his smallmouth, a drop-shot with a Strike King Half Shell did best, and though his primary color was green pumpkin purple, he alternated between a few depending on the conditions. 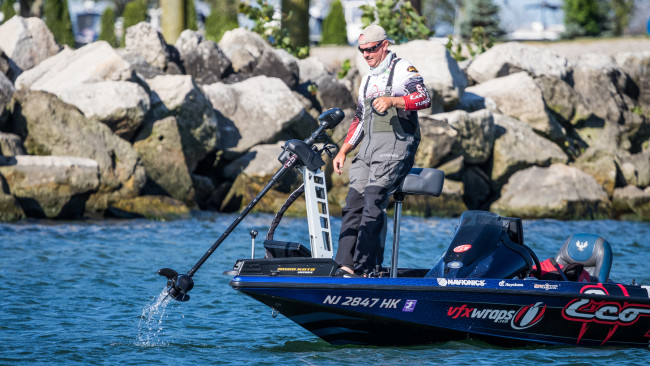 Restricted to a small area in front of Sandusky Bay and the bay itself on the final day, Rogers fished rock piles on near and off the bank to catch a 15-10 limit of largemouths.

“There wasn’t a lot of grass, so we were targeting rock piles,” says Rogers. “I caught some on tubes, and then I switched up to a Texas rig with an Eco Pro Swing Shad. And it came through the rocks a little easier, and they started eating that pretty good.”

The Swing Shad is a swimbait, and Rogers used the 3.8-inch size in a green pumpkin color and a 5/16-ounce weight to do his damage. His tube of choice was a Strike King model with a 3/8-ounce weight, also in green pumpkin. He also added one fish on a spinnerbait fished over some grass on the final day.

Unlike some of the other anglers who strictly stuck in the bay, Rogers dabbled with rock outside of the bay, between the south entrance and Marblehead. He also caught fish on some offshore rock in the bay and a rip rap marina wall.

“It’s awesome,” says Rogers of his win. “I really didn’t think I would be in contention to win. I knew the size fish I had, but I know these guys can really stick ‘em. I just wanted to duplicate day one and get a check. To make the top 10 was a shock. I just can’t believe it; it’s been a dream of mine since I was a kid. First, to be up here, to compete, to win it is awesome.”