Michael Walsh rallies from third to first on final day 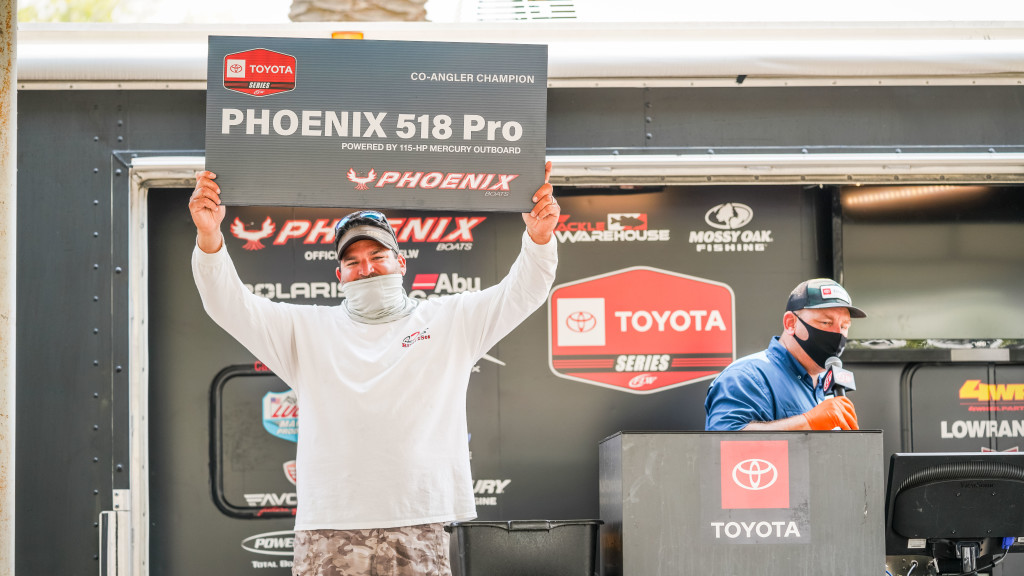 Fishing as a co-angler is all about adapting to what’s in front of you. That was the key for El Cajon, California’s Michael Walsh, who won the Toyota Series Western Division event on the California Delta with 36 pounds, 7 ounces for a 1-pound, 11-ounce margin of victory over Rick Grover.

The first day, Walsh was paired with pro Carl Limbrick Jr., and was able to land a limit weighing 11-2 to keep him in contention.

“That first day, I caught my limit on a Zoom Super Hog on a jig rig,” he says. “At the end of the day, we went into a pocket with a lot of grass and I caught three on a frog. Those fish allowed me to cull up by a couple of pounds, and that really helped.”

On the second day, Walsh was paired with Kevin Caruso, and even though they fished a different area and depth than he did on day one, he again relied on the jig rig and started punching. These techniques accounted for his 14-pound, 7-ounce bag.

“We started fishing some mixed cover with some riprap, and I caught one right away on the jig rig,” Walsh says. “That rig is pretty weedless, but it’s also great around rocks and riprap. After that, we moved and were fishing more outside stuff, so I started punching and got myself a good limit and was able to cull a few times.”

His bait of choice was a Reaction Innovations Sweet Beaver in the bloody Mary color rigged with a 1-ounce weight for fishing around primrose and gaps behind tules.

The third and final day had him paired with another Caruso, Arizona’s Michael Caruso. Even though Walsh failed to weigh a limit, his four bass weighed a day three-best 10-14.

His four fish were split evenly with two punching and two on a drop-shot. Walsh says the biggest factor in his win was staying confident in what worked in practice.

After practicing with fellow El Cajon angler Jon Strelic, who also finished in the top 10 on the pro side, Walsh got dialed in on patterns and vegetation that ended up giving him the clues he needed to secure his first career FLW victory.

“I knew from practice that you could get better bites punching and fishing around certain types of grass,” he says. “The biggest thing I looked for all week was the right depth and cleaner water. I learned that from practice and stuck with it all week, and every time I wanted to change baits, I stuck with what I knew would produce the better fish.”