It’s going to be a photo finish for sure 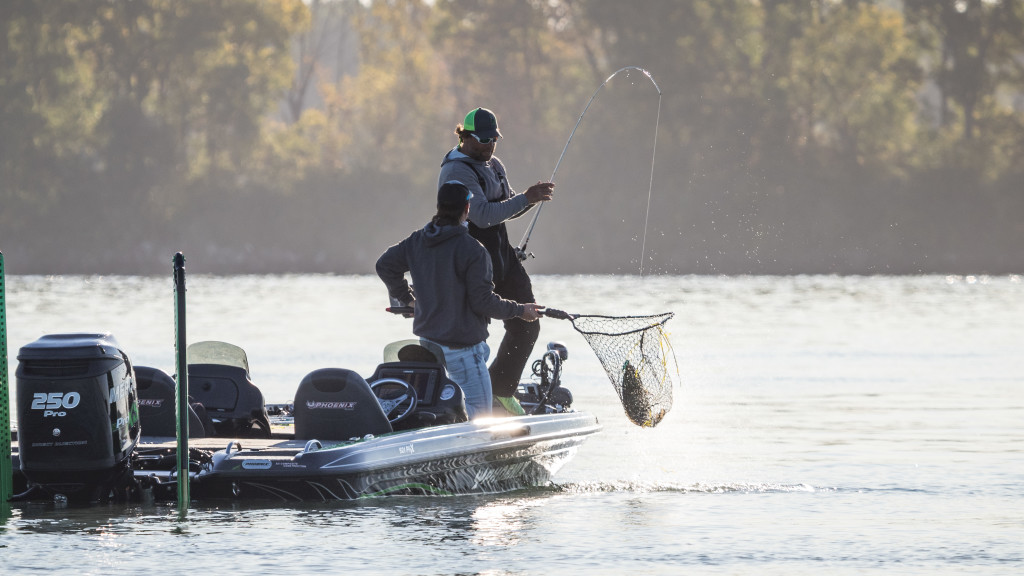 With the wind laying down a bit, the top 10 anglers in the Toyota Series Northern Division event on the Detroit River have been able to go wherever they pleased today. With crisp morning temperatures, plenty of sun and a north wind, the conditions have largely been quite good, with mixed results from the anglers.

Starting in the river and then running to St. Clair, Scott Dobson has put together about 15 pounds now. It’s not bad, but it’s a long way from a lights-out closing day. Also going to St. Clair, Matt Becker started the day slowly with just two small ones and then ran back down to the Detroit River.

In and around the river and the mouth of Lake Erie, the fishing seems to be pretty par for the course. Leading day two, Wilson Burton has a 5-pounder in the box and has worked up to about 17 pounds. Troy Stokes was fishing in Erie, and he had 17 pounds or so at around 10 a.m. this morning.

Outside of the leaders, Robert Lefere started the morning with four for about 10 pounds. Mike Trombly had 18 pounds around noon. Josh Kolodzaike had a tough day – he only had two fish mid-morning. Randy Ramsey was also struggling, with a limit for just 44 pounds

On the co-angler side, it looks like there could be some fireworks at weigh-in. Rod MacKinnon has a solid lead but is sitting on three fish for about 9 pounds behind Burton. In second, Tony Grubb has almost 15 pounds and just four fish. Behind him, Jon Witt was enjoying a productive morning with Stokes and had a 4-pounder and a couple of 3-pounders in the box pretty early.

Weigh-in today starts at 3 p.m. ET, and it ought to be a good one. So, be sure to watch it like to see who takes home the win.