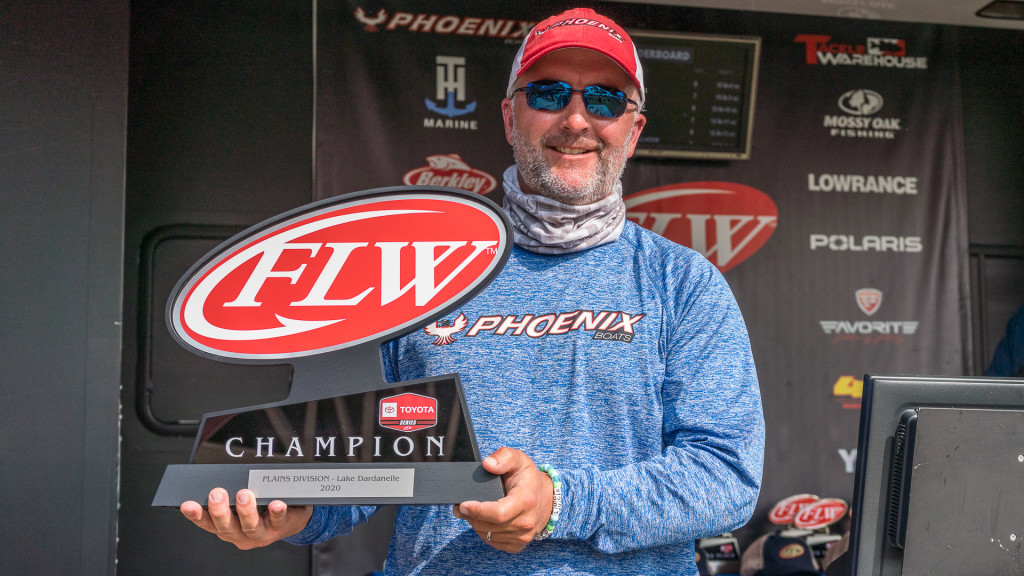 Jason Lieblong is no stranger to Toyota Series titles on Lake Dardanelle. He claimed his first back in August of 2015 and five years later thanks to a final-day bag worth 15 pounds, 15 ounces (the biggest of the event) Lieblong added his second Series trophy to the mantle. The Conway, Ark., pro finished the event with 40-9 overall, moving up the leaderboard every day of the tournament. For winning the Plains Division opener presented by Fish-Intel, Lieblong took home over $70,000 thanks largely to the FLW PHOENIX BONUS, which earned him and extra $35,000.

Lieblong, who had been steadily catching bass in the lower part of the 34,000-acre Arkansas River impoundment at Delaware Bay, decided midway through Friday’s second round that his fortunes were brighter upriver. With three bass in the livewell, Lieblong and his co-angler, Max Wilson, made a long run to the far upper end and floundered for about three hours without a bite.

“Max Wilson. He’s 79 years old,” says Lieblong of his Friday co-angler. “He kind of got on me like my dad would. He said, ‘Son, what are we doing up here? The fish are down there, and you haven’t caught a fish in three hours.’

Lieblong spent most of the tournament in a relatively small area that teemed with baitfish. He caught 15 bass over three days that weighed 40 pounds, 9 ounces. He caught most of them on a white Z-Man ChatterBait Jack Hammer and a bone colored topwater by Paycheck Baits called The One, which is no longer produced. He also flipped wood cover with a green pumpkin Zoom Brush Hog. 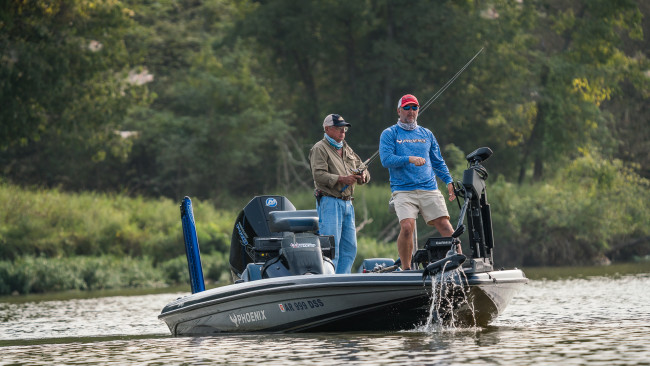 Discouraged from nearly a half decade of futility on his home lake, Lieblong says he dedicated himself this year to winning this Toyota Series event. He fished many small tournaments throughout the summer and paid close attention to prominent local anglers like Kevin Short, who finished 10th in this event.

“That’s the best of the best,” Lieblong says. “Fishing against those guys every weekend, you’re doing something. It’s time on the water. Find a spot here and there and find out what’s going on. It’s making the right choices, like coming back downriver yesterday when we weren’t getting bit upriver.”

The conditions were right for a triumph. Water levels fell consistently in the upper end where the majority of the field concentrated. Daily fluctuations repositioned fish constantly and keep those anglers scrambling. That’s the situation Lieblong encountered during his brief visit to that part of the lake.

The water level was stable in the lower lake. Slight north and northeast winds on Thursday and Friday positioned bait and bass in less than 2 feet of water. On Saturday, a northeast wind blew 5 to 10 mph. It pushed the bait out into 3 feet, which Lieblong says was “doable.”

“The lake level was high on the lower end, which makes it good for my kind of fishing,” Lieblong explains. “The wind pushed the bait out, but they were still on points in 2 to 3 feet of water. The shad were so thick you could almost walk on them. We threw a ChatterBait or Spook to fire them up, and it never stopped.” 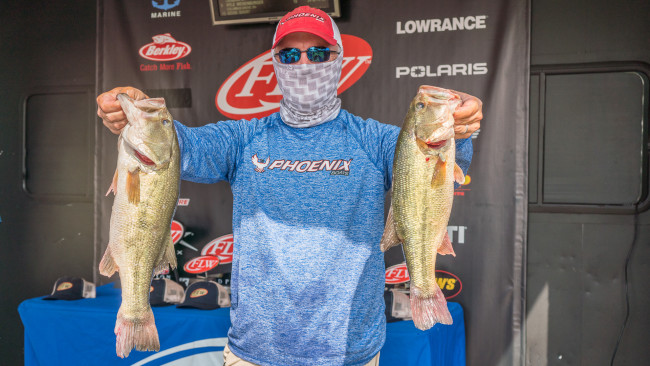 Joe Bennett of Ashland, Mo., led the tournament entering the final round and was rock solid consistent with 13-6 and 13-14, respectively, on Thursday and Friday. A 13-pound bag on Saturday would have sealed the deal for him. Instead, he caught only four fish on Saturday that weighed 6-12 for a three-day total of 34-0.

“Joe caught them well the first two days,” Lieblong says. “I told myself, ‘This is Dardanelle. Either he catches them or he doesn’t. He had four fish. That’s happened to me a hundred times on this lake.”

Lieblong certainly knows how tough it can be on Dardanelle, in fact, he says it easily could have been him earlier in the week.

“The first two days I kept messing up,” Lieblong notes. “I spent an hour and a half on a sandbar that I found in practice that I never fished. I idled around for an hour and a half and never had any fish, but I had bites in practice and I had to get to it. I go over there and catch one fish. I said, ‘This isn’t going to work,’ so I ran upriver with a square-bill and got lucky and caught one on a rock wall. I saw a stick and flipped at it and caught two with an hour to go and finished with 11 pounds. I got lucky.”

After weighing in 13-0 on Friday, Lieblong says he went to bed knowing he had a very good chance to win.

“When I culled one at 1:30 today, I looked at my co-angler and said, ‘We might have this.’ I needed to cull because if they’re biting for me, they might be biting for the guys that are leading.”

When Lieblong said “we” might have this, he meant it. His co-angler, Jeremy Parker of Batavia, Ill., won the co-angler division. 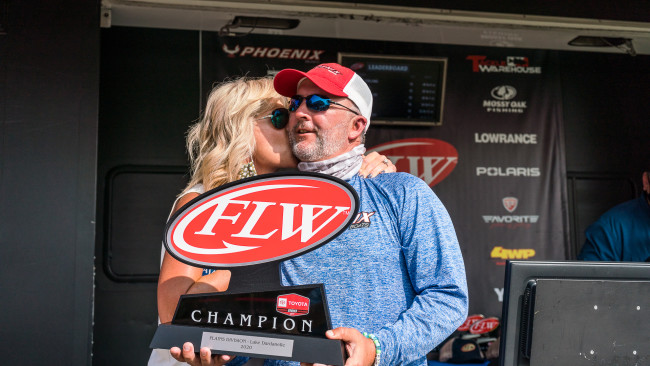