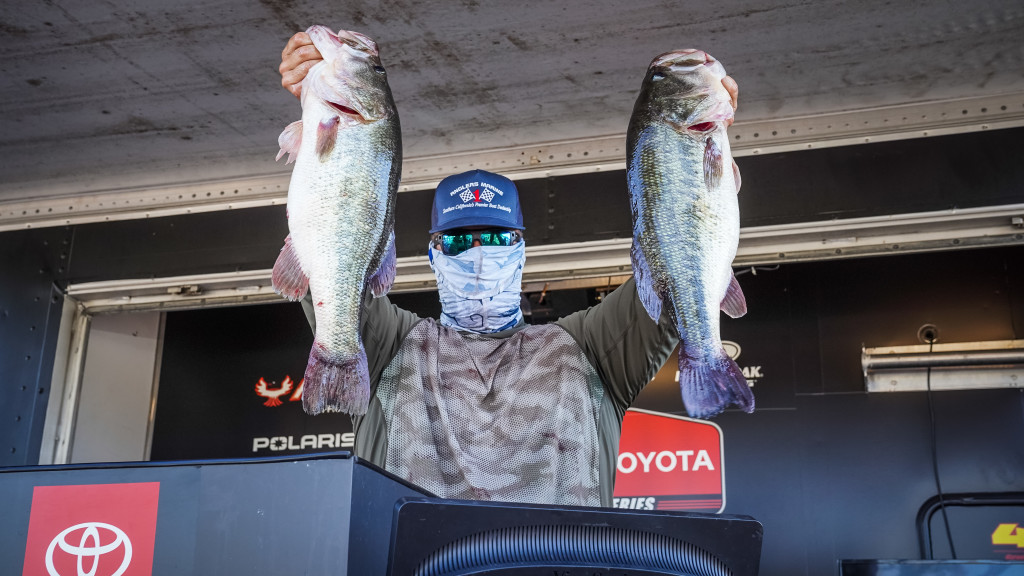 Day one of the Toyota Series Western Division event on Clear Lake began with sunny skies and great optimism among the anglers. There is always the potential to catch a giant bag or a fish of a lifetime on this lake and double-digit bass and 30-pound stringers can happen anytime.

There weren’t any of those today, but the field caught some impressive tallies for an early-fall derby. Twenty pounds is always the magic number and four pros hit that mark, topped by Tom White of Costa Mesa, Calif., with 24 pounds, 12 ounces on the day to secure a lead of nearly 4 pounds. Behind him sits Major League Fishing Bass Pro Tour pro Jared Lintner, who brought in 21 pounds.

Even though the end result turned out great, it didn’t start that way for White.

“I had three fish at 11:00 for basically nothing,” White says. “We pulled into one little spot and ended up catching all of our fish in there. We stayed there for the next four hours.”

Included in his bag was the big bass of the day, an 8-7 fish that bit around noon. White’s livewells were loaded as his co-angler, Rachel Uribe is also leading after the first day.

“It was pretty slow fishing and not a lot of bites, but once the wind kicked up, things started happening,” says White, who shared that he was utilizing light line and finesse tactics in deep water.

Looking ahead, he is unsure if he can replicate his success and believes it will come down to the conditions.

“If the wind doesn’t blow again, I don’t know how that spot is going to be,” says White. 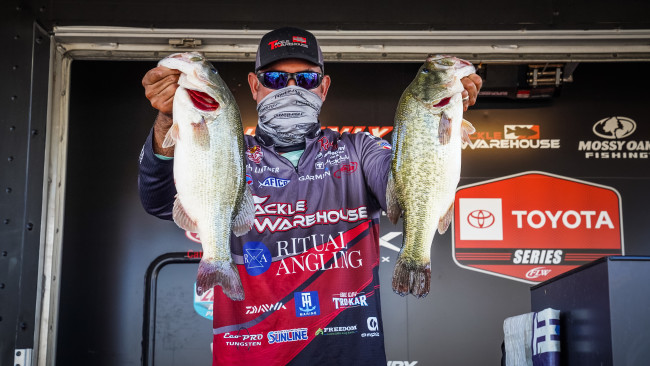 “It was a grind,” he says. “They bit in spurts and you would go a long while without a bite and then get three or four bites real quick. That makes it hard to stay focused.”

Lintner reports catching fish on a variety of techniques.

“It was total junk fishing,” he says. “I caught some fishing really slow and some fishing fast with moving baits.”

Included in his bag were two 5-pound class fish, but he knows bigger fish could show up anytime.

“This is Clear Lake and there are 25- and 35-pound bags swimming out there and it could happen,” says Lintner. 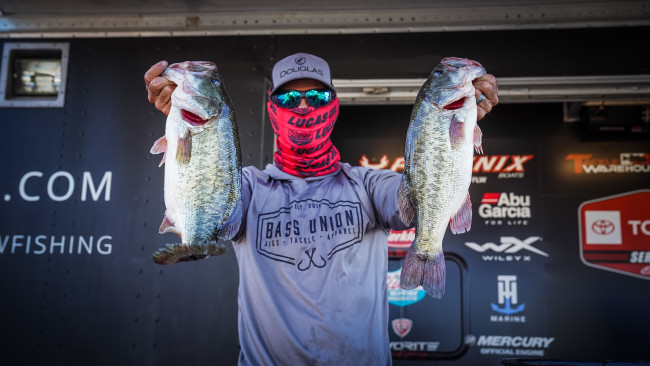 Pearl, of nearby Upper Lake, says the day started great for numbers, but his bigger bites came later in the day.

“It started hot and heavy and I went through about 40 fish this morning,” says Pearl. “The bigger ones seemed to bite better in the afternoon.”

He kept it general when disclosing his pattern, but says moving baits were the key.

“It was all reaction baits and cranking and winding,” says Pearl. 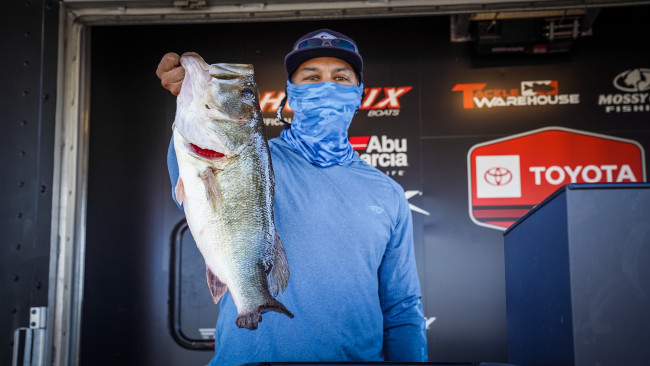 Arguello also stared the day strong and says that most of his weight was caught in the first two hours of the day.

“I had about the same weight that I weighed in by 8:30 this morning,” he says. “I culled once or twice for a few ounces, but it wasn’t much.”

He mixed it up between fast- and slow-moving baits and notes both are producing fish for him.

“It was a little combination of moving quickly and slowing down,” says Arguello. 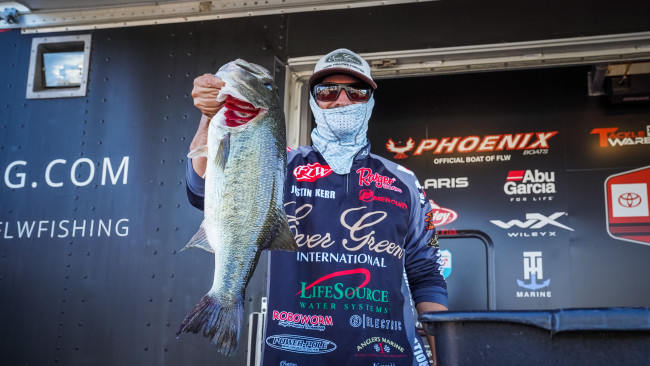 There was no shortage of bites for Kerr today, who reports catching fish all day long.

“I caught tons of fish today and all sizes,” says Kerr, who disclosed that he was using soft plastics and an Evergreen Combat Crank.

Kerr felt fortunate with his first-day success since he is sharing water with several others.

“There are a bunch of people fishing the same stuff and it is like waiting in line to fish places,” says Kerr. “I got lucky and got on a good rotation and could get on a lot of those spots pretty quickly. There are tons of fish in these areas, but they are all getting split up.” 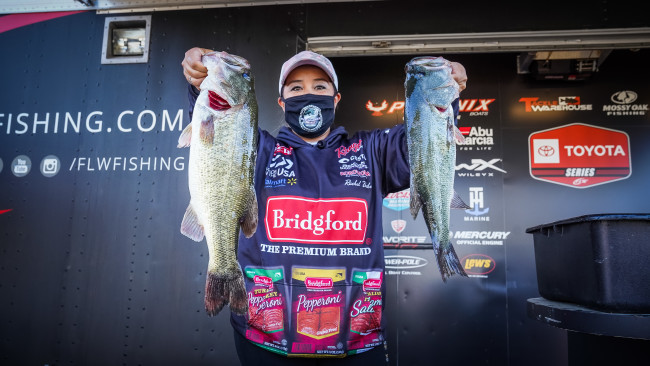 She came into the event in second place in the Co-Angler of the Year standings and just two points back of first and was happy to start this event off right.

“It was an awesome day,” she says. “It started really slow this morning, but we found a productive area and stayed on it and sacked them up. It was all finesse fishing and the key was to fish slow.”