Lots of movement on the leaderboard for the Western Division finale 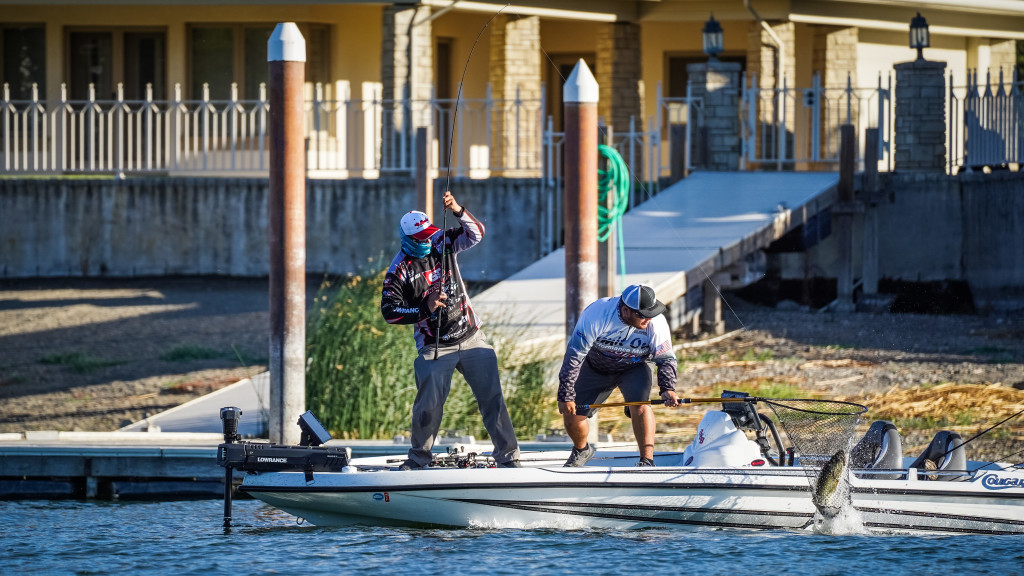 It is the final day here at the Toyota Series Western Division event on Clear Lake and another beautiful day with the top 10 pros and co-anglers trying their best to take home the title.

There is still plenty of time left, but things are ripe for a big shakeup near the top of the leaderboard with the leader, Tom White, struggling and guys in striking distance ready to pounce.

It was a hot start for two pros, both third-place pro Justin Kerr and fourth-place angler Tai Au had solid limits in the boat very quickly. Kerr had 14 pounds in the boat in less than two hours and reported losing several others.

Tai Au is one to watch this afternoon as his weight estimates jumped from 17 pounds to 21 pounds after catching a 7-pounder. His current estimated total is even higher at 24 pounds.

Day-one leader Tom White is struggling to start the day with an estimated 10 pounds. His day started off rough as he lost a box containing his prime baits for the day. On his main area, boats are all over his spot. But, everyday his bite turns on around lunchtime, so don’t count him out just yet.

Jordan Collom – A limit for 13 pounds

John Pearl – Four fish by 9:00 after losing a kicker he estimates at 5 pounds

Weigh-in is certainly going to be exciting today and there will be several big fish to be seen. Grab a chair, a cold beverage and your favorite snack to watch the live weigh-in starting at 3 p.m. PT to see who grabs to title on Clear Lake.