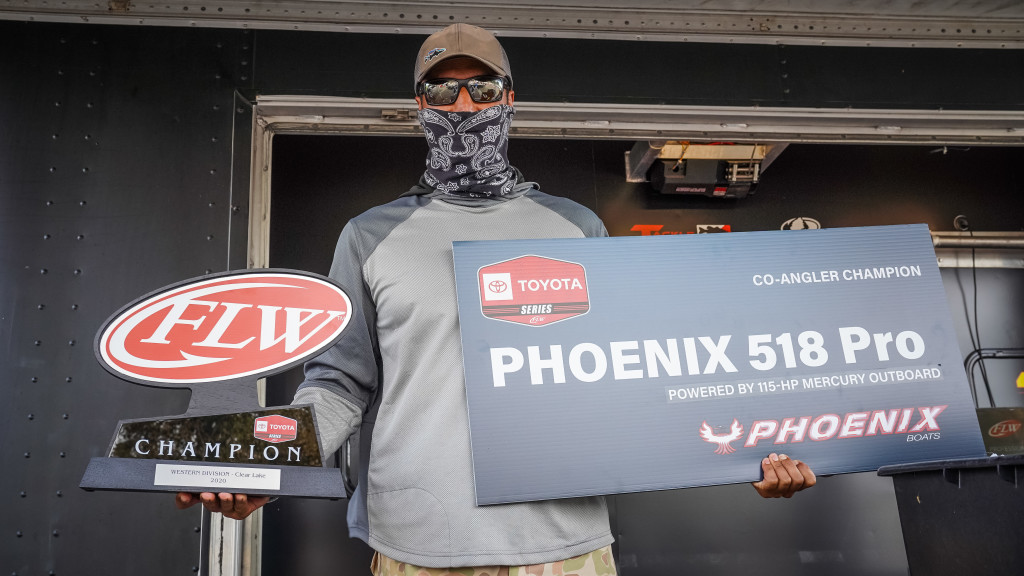 This week at the Toyota Series Western Division on Clear Lake showcased some great co-angler bags. On the second day, three co-anglers topped the 20-pound mark and one of those, Blaine Christiansen of San Jose, Calif., walked away with the win.

His 21-pound, 6-ounce catch on the second day was the biggest bag of the week from the back deck and added with his 15-15 haul today helped him secure a 2-pound victory over Jeff Hodges with 50-1 overall.

Christiansen is no stranger to success in the Toyota Series Western Division with six top-10 finishes and now two wins. His previous win also came in California, with a 2012 victory at the stop on Lake Shasta.

He credits this win with his approach for the tournament and every event he enters as a co-angler.

“The key as a co-angler is to try to make more casts than everyone else,” he says. “You have to keep your bait soaked and try not to compete with your pro and what they are doing.” 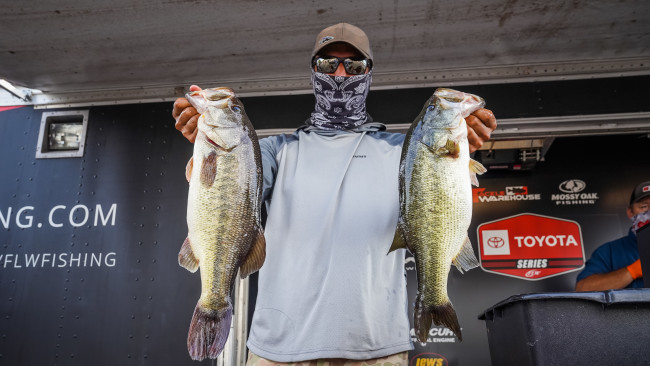 That mindset worked great for him this week as he started the event by fishing with John Morla and brought in 12-12 to keep him in the hunt.

“The first and last day was a grind and each bite was hard to come by,” he says. “The second day, I fished with Jon Strelic and they were swimming all over the place. Today, I fished with Sergio Arguello and he was awesome. He really helped make sure I was in a position to fill out my limit.”

Each day presented different conditions and areas of the lake, but there were some themes for Christiansen on his way to the win.

“Pretty much all of my fish came between 10 and 20 feet of water,” he says. “I caught one lucky shallow 3-pounder today on a weedless swimbait, but the rest were in that range.”

The key baits for him this week were an Aftermath Fishing jig that he matched with a 5-inch Yamamoto Double Tail Grub as a trailer and an underspin.

“I was using a 3.8 Keitech Swing Impact FAT on a 3/8-ounce Coolbaits Lure Co. underspin,” he says. “I went back and forth between pro blue and Tennessee shad on the Keitech.”