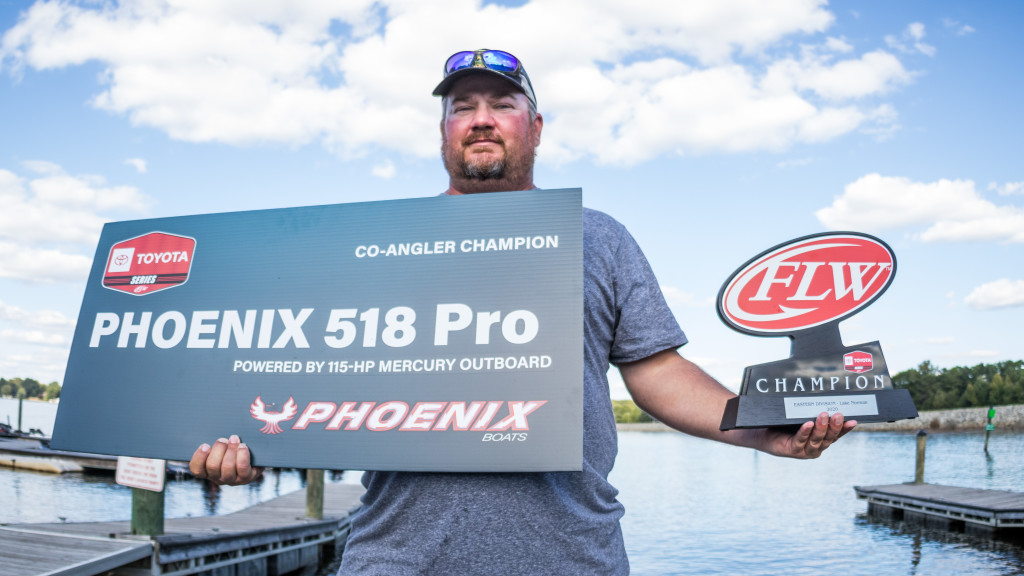 Derek Brown of Charlottesville, Va., has fished the Toyota Series as a co-angler for about seven years and during that time has racked up five Toyota Series top-10’s. He has finished nearly everywhere in the top 10 except first. That all changed in a big way today when Brown won the Eastern Division event on Lake Norman with a three-day total of 20 pounds, 9 ounces.

“The first two days I used a 1/8-ounce head, but today I went to a 3/16-ounce because [Morrow] was fishing so deep – like 30 to 40 feet deep – and I needed something a little heavier to get down there,” Brown says. “Also, I used 6-pound-test line all week. I know that’s light, but I really feel like it got me more bites here on Norman.”

For his win, Brown takes home a fully-rigged Phoenix boat.

“Phoenix boats are really nice boats and it’s awesome to win one – I actually can’t believe I won it,” Brown adds. “This win feels really good, mostly because I have never fished Norman before, and I’ve never fished as deep as I did to today. All of this was a new experience for me and I came out on top and that’s what has made this so special.”