What to throw for spots and largemouths in the early fall
October 5, 2020 • Rob Newell and Jody White • Toyota Series

The Toyota Series Eastern Division event on Lake Normal was a fall grinder. With the lake in fall transition and turnover occurring throughout the lake, some of the popular lure choices included shaky heads, jigs, buzzbaits and jerkbaits. Here is a closer look at the best baits of the top 10 pros. 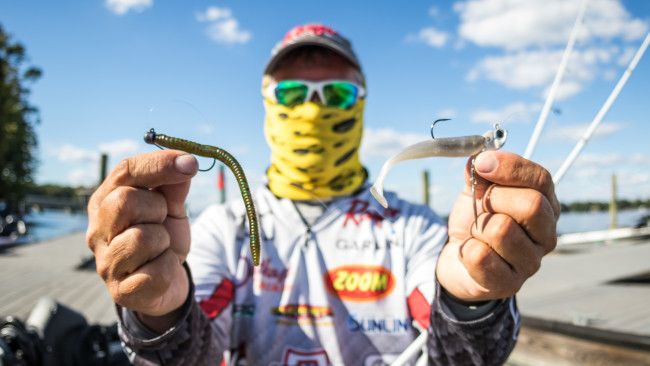 1. Troy Morrow’s money bait was a shaky head rigged on a 3/16-ounce Gambler Giggy Head with a Zoom Finesse Worm. That one lure produced most of his fish during the week. However, he also caught some bigger spotted bass slow-rolling a 5/8-ounce Southern Hook Southern Spin underspin teamed with a 4-inch Zoom Boot Tail Fluke in albino. 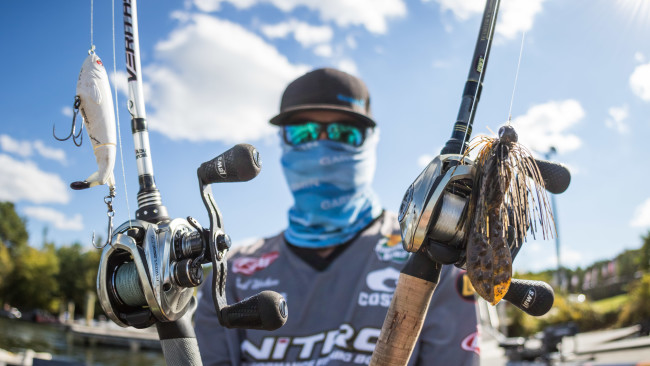 2. The key players for Todd Walters were a 7/16-ounce homemade jig teamed with a Berkley PowerBait Meaty Chunk and a River2Sea Whopper Plopper 90. He also caught a few keepers on a Megabass Vision 110 jerkbait. 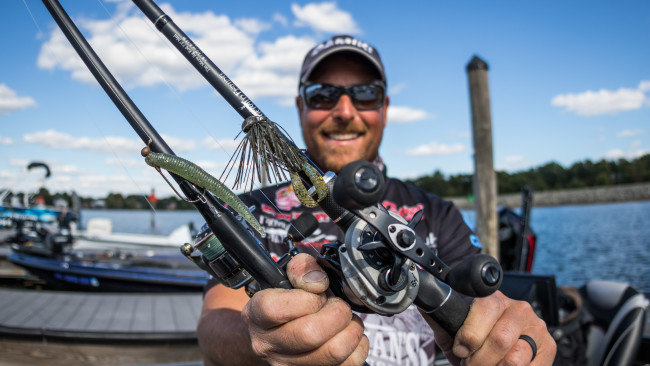 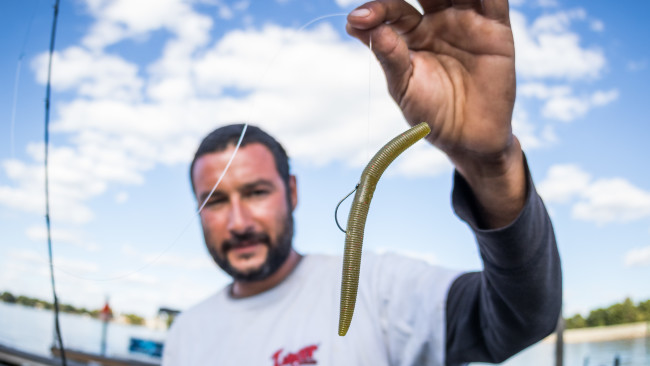 4. Martin Villa spent the week casting a shaky head in 3/16-ounce and ¼-ounce sizes. He also caught a few fish on River2Sea Whopper Plopper 90 and ripping a ¼-ounce Strike King Red Eye Shad. On the final day, when things got ultra tough, he resorted to a wacky rigged Yamamoto Senko. 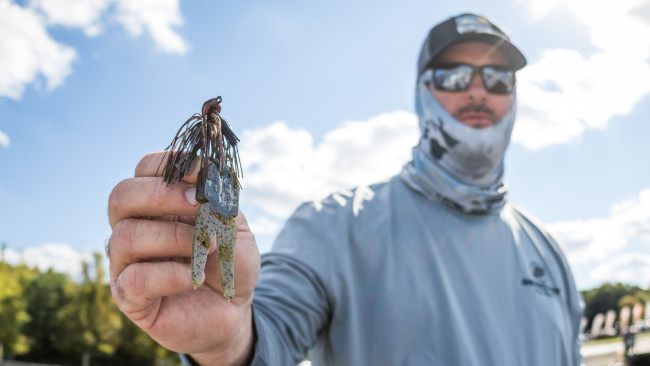 5. Jason Wilson spent the week skipping docks with a 7/16-ounce ER Lures jig in a color called Jason’s magic. He trailed the jig with a Zoom Big Salty Chunk. 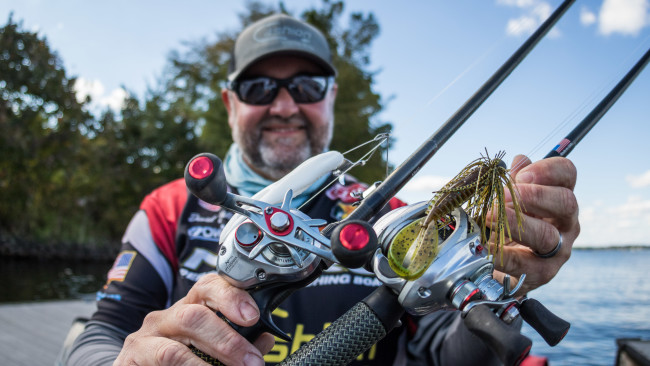 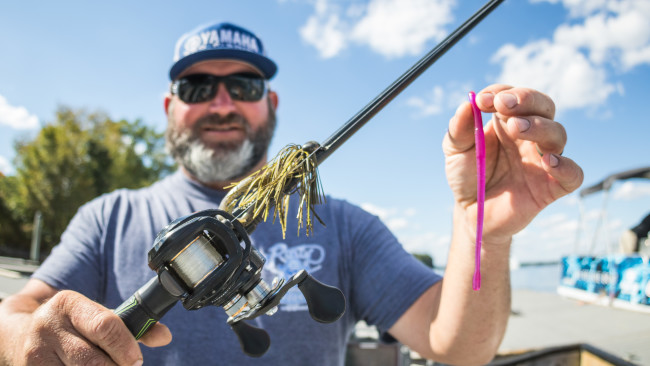 7. Michael Stephens spent most of his time drop-shotting deep shoals with a 6-inch morning dawn Roboworm Straight Tail Worm and fishing brush with a ½-ounce homemade jigged teamed with a Zoom Creepy Crawler. 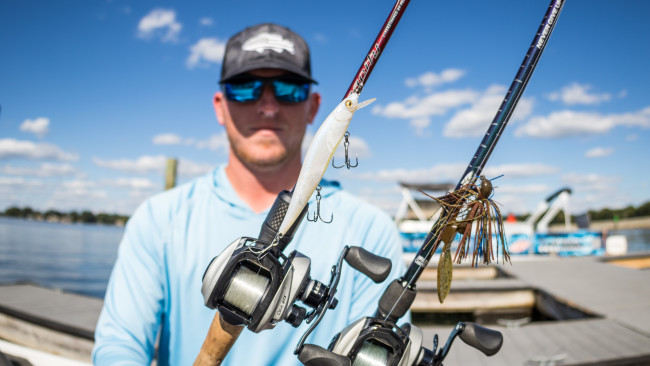 8. Cole Huskins made his rounds each day with a ½-ounce Brian’s custom jig teamed with a Zoom Super Chunk as well as a Megabass Vision 110 jerkbait. 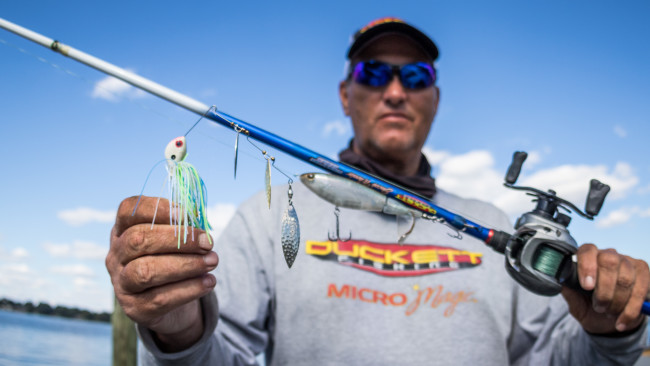 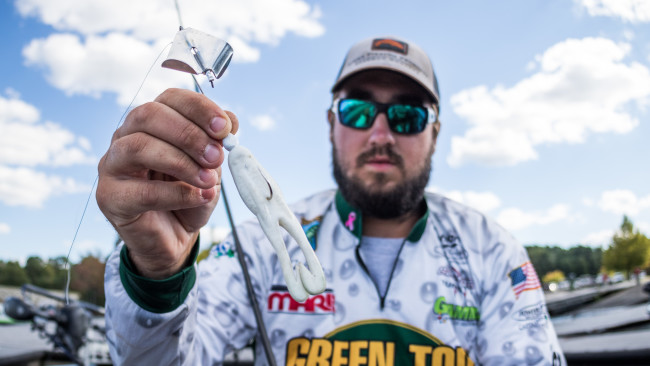