Slow going early, but the afternoon bite should be good 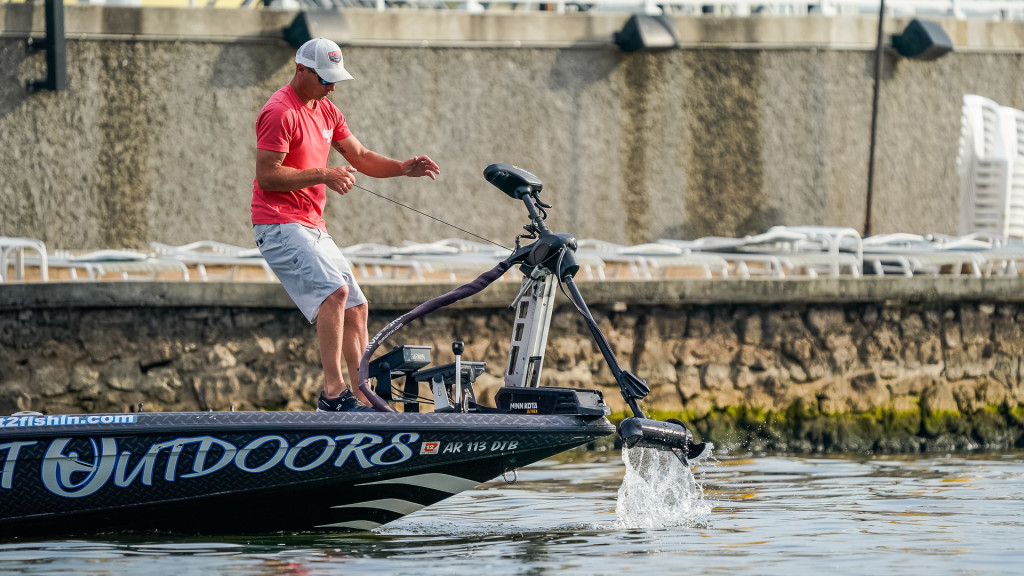 It’s a polar opposite tournament from a year ago, which is both a good and a bad thing so far.

The Toyota Series visited Lake of the Ozarks this exact same week in 2019, and it launched under torrential rains, gusting winds and a strobe light's worth of lightning that delayed the takeoff until 8:15 a.m. A year later, the weather couldn’t be more beautiful for the second stop of the Plains Division.

Anglers running to the lower end did encounter some pretty significant fog the first hour of the day, but it was burnt off by 8:00 a.m. and left nothing but blue skies and barely a breath of wind.

Of course, the pleasant conditions for the anglers didn’t seem to do much for the fish.

The best limit of the day our on-the-water crew came across was co-angler Justin Layton, who had one 5-pounder. Other than that, the only pro with some fish in the box was Shawn Kowal with a pair of small ones he caught burning the bank.

Last year’s winner Dylan Hays didn’t have a bite in the first hour and only caught a few shorts deep cranking some points, and Sheldon Rogge was doing the same thing with similar results.

Roger Fitzpatrick was up shallow tossing a buzzbait and catching shorts, as was Brad McCulley, though McCulley was because he couldn’t get through the fog to his primary area. Drew Sanford was also having a rough morning, as his trolling motor was acting up and he had to go in to replace it to allow him to fish out deep with his graphs.

Fortunately, in talking with pros like Marcus Sykora, Corey Cook, James Dill and Fred Roumbanis, they all say the bite in practice really started to pick up around 11 a.m. After killing some time close to takeoff, Sykora actually made a significantly long run once the fog burnt off to get ready for the later bite, and Layton’s 5-pounder came just as we were getting off the water, lending credence to the later-bite thinking.

In terms of patterns, anglers were seen fishing pretty much from inches of water with topwaters to pitching docks to deep points with crankbaits and soft-plastics. All were catching short fish, and it sounds like all could produce some bigger bites. So, we’ll have to see come weigh-in at 3 p.m. CT which pattern takes the lead.