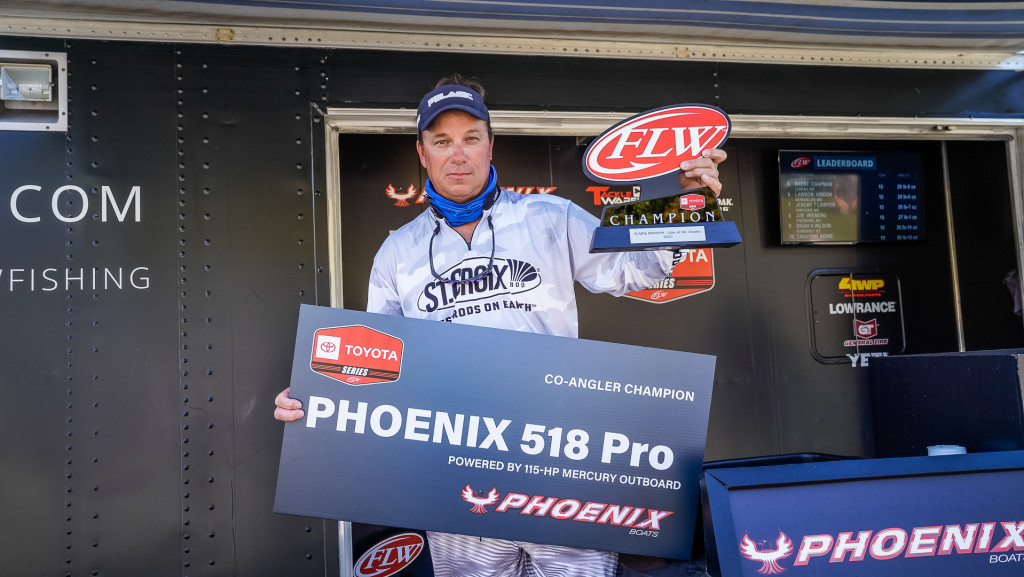 He’s been so close to getting the win a number of times. Finally, after more than a decade of chasing it, Matt Krekovich finally got his co-angler victory. Though, he admits, he thought it had once again slipped through his hands.

After being the only co-angler to bring in a limit the first two days of the Toyota Series Plains Division event on Lake of the Ozarks, the co-angler from Granite City, Ill., only managed to bring in two today worth 4 pounds, 3 ounces. Fortunately, no other co-angler brought in more than three, and his 27-12 total held up.

“It’s so, so difficult to get the W,” says Krekovich. “I’ve been chasing it a long time. I’ve gone out in the one, two, and three positions before, and I always faltered on the final day. I thought I did again today when I had two small ones that were a quarter inch shy of being keepers and then when I lost a 4-pounder.”

This time, he didn’t, thanks in large part to throwing something most others weren’t – a Carolina rig.

While he used a mixed bag of lures to catch his weight while fishing with Drew Sagely on day one, it was the Carolina-rigged green pumpkin blue Zoom Brush Hog with the tails died chartreuse that really made the difference yesterday while fishing with pro Justin Hayden.

“I knew everyone was throwing jigs,” says Krekovich. “So, I just wanted to do something a little different.”

It definitely worked right off the bat this morning, as he boxed a small keeper and caught a couple more short fish on the C-rig all the while his pro Corey Cook never got a bite on a jig. Unfortunately, that success didn’t last long, but it was enough.

“I was fortunate I had the cushion I had,” says Krekovich. “Just fortunate and blessed it was my time, and it was a long time coming.”