Cook appears to be leaving the door open 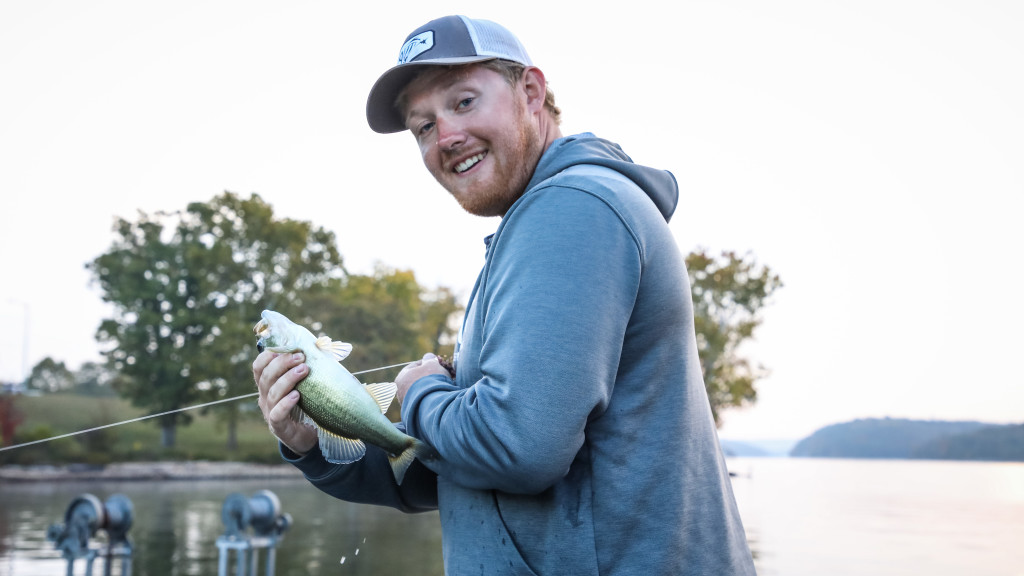 Lady Luck shines on us all sometimes, but sometimes she doesn’t. For this morning, at least, she sure wasn’t shining on Corey Cook

Cook went into the final day of the Toyota Series Plains Division event on Lake of the Ozarks with a little more than a 4-pound lead, and most pros heading out this morning said they figured they’d need to swing for the fences to have any shot of catching him.

If Cook’s luck continues as it has this morning, they may only need to hit singles.

The 20-year-old’s day started going downhill from the moment they announced his name to takeoff, when his motor stopped working as he went to pull away from the dock. After swapping into a different boat, he made a short run to his first spot only to watch his co-angler catch a keeper and miss a few more while he never got a bite.

Finally, he put his first 2-pound keeper in the boat around 8 a.m., but it wasn’t until almost 10 a.m. that he caught his second. He managed a third shortly after, but then lost a big fish on a cable. His luck got so bad this morning that at one point he made a few-mile run to hit one dock only to have two guys stomp across it while he was fishing it, thus ruining the dock.

When we left him around 11 a.m. he had three fish for a little over 5 pounds.

Now, fortunately for Cook, we hadn’t heard of anyone else lighting up the fish either. Jeremy Lawyer was by far the best, as he had three fish for around 11 pounds while flipping docks. So, he has the quality, but he was also 10 pounds back of Cook and will have work to do. Meanwhile, Lawson Hibdon was wearing out short fish cast after cast but only boxed one keeper. It was a similar story for Takayuki Koike, though he didn’t have any fish in the box by the time we got off the water.

The real wildcards are the three pros who ran up the river, Andy Newcomb, Shane Long and Roger Fitzpatrick. All were very confident, with Long openly saying he was “tired of finishing second” and was either going to “hero or zero” while going for the biggest bag possible. If any of them crack 15 pounds and Cook continues to stumble, they could overtake him.

The other wildcard is the boat traffic. The “St. Louis Navy” is out in full force this holiday weekend, with the main lake looking like a four-lane highway of boat traffic. And the big poker run hadn’t even started yet. By 11 a.m., the wakes from some of the boats was coming over the bows while anglers were fishing, and it will only get worse, which could be bad for the guys making long runs.

On the good side, the sun is once again shining bright and beautiful, which should once again get that afternoon bite going, especially on the docks Cook and others are fishing.

Whatever happens, you’re definitely going to have to watch weigh-in for this one. It starts at 3 p.m. CT, and it’s going to be nerve-wracking for somebody.