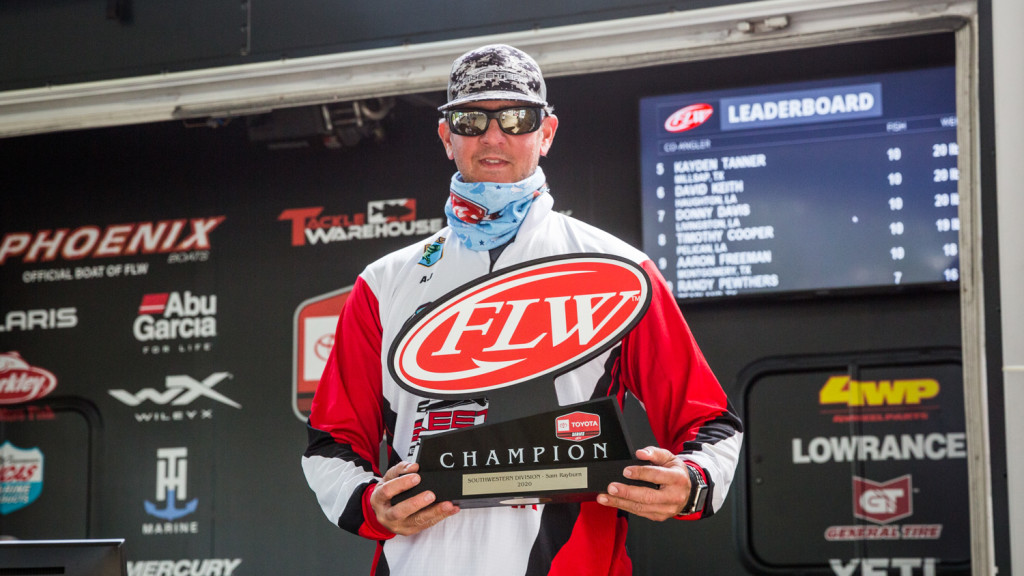 Going into the final day, Blake Schroeder was just 3 ounces ahead of Aaron Johnson in the Toyota Series Southwestern Division event on Sam Rayburn. Tight to the end, both anglers brought more than 18 pounds to the scale, but Johnson’s 18-14 bag boosted his total to 54-14 and earned him the win. For the victory, Johnson takes home $31,751 and the second FLW win of his career.

Providing another data point of just how much variety Sam Rayburn offers through the season, Johnson won the tournament fishing entirely around shallow hydrilla with a modified square-bill. Hanging in the mid-lake for the most part, in 3 to 6 feet, Johnson targeted clumpier sections of the grass.

“Typically, I would run it over the top or over the side,” says Johnson of his presentation. “The bait comes through pretty good, so I’ll run it over the top and to the side, pop it, stop it, twitch it, just the normal erratic stuff to try to get a reaction. There were times when I would twitch it over a clump, and then reel it fast down when I got it over the other side of the clump. Every day I had probably 10 that would try to get it and just wouldn’t get it, but that’s just part of it.”

In thicker grass, Johnson used 17-pound-test fluorocarbon, but he swapped to 15-pound in lighter grass to get more action out of his bait. Regardless, he used a 7:1 gear ratio reel and a 7-foot, medium-heavy Kister Magnesium casting rod. Fishing a discontinued bait that he modified with a custom color scheme, a red treble on the front and a filed-down bill, Johnson knew he had a good thing going.

“I have a lot of confidence in it,” says Johnson. “I won a two-day tournament a few years ago here with it. I know what it will do if you stay with it, so I never put it down. I threw a ChatterBait maybe 10 times and then I cut it off and put on a crankbait. I just had to stick with it and let It work itself out.” 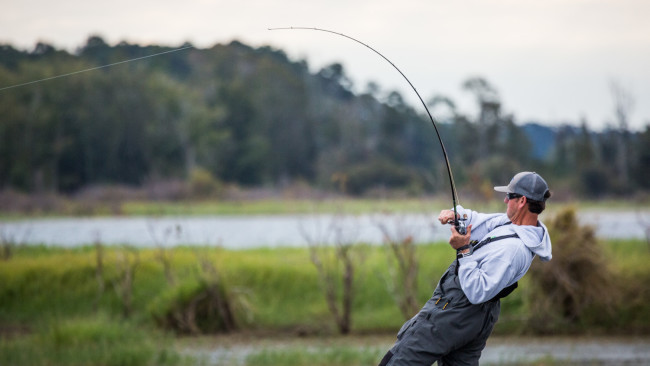 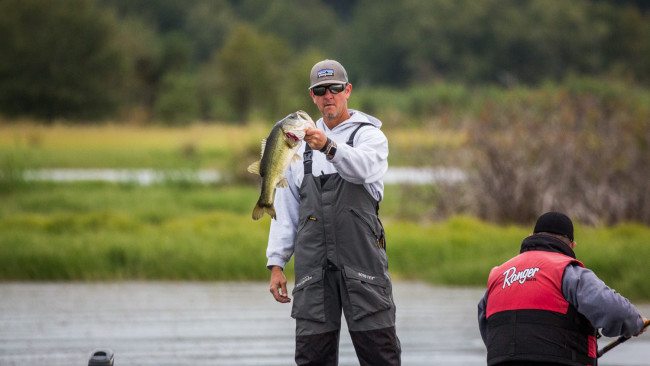 On days one and two, Johnson started mid-lake and then ran more isolated places that brought him all the way north of the TX-147 bridge. Every day, the presence or lack of wind was key for him.

“Today it blew so hard, and they were biting really good in one of my main places, so I never left,” says Johnson. “Every other day, I would run and hit a couple of small patches here and there, and yesterday I did that and caught my biggest fish out of a little clump. Today, I never left, and at 2:10 I culled a 2-pounder with a 3 ½-pounder, and that’s what won it.”

Johnson won a Bassmaster Open on Kentucky Lake in 2008, but this is his biggest win with FLW by far. Oddly enough, it comes after he literally zeroed in the recent Phoenix Bass Fishing League (BFL) Super Tournament on Rayburn.

“I found these fish for the BFL, and I caught none of them,” says Johnson. “But, God has a plan, and this tournament has worked out. It feels great, it’s been a little while since “I’ve been in the winner’s seat, so it’s good to be back. I’m very fortunate and very grateful, they’re hard to win.”