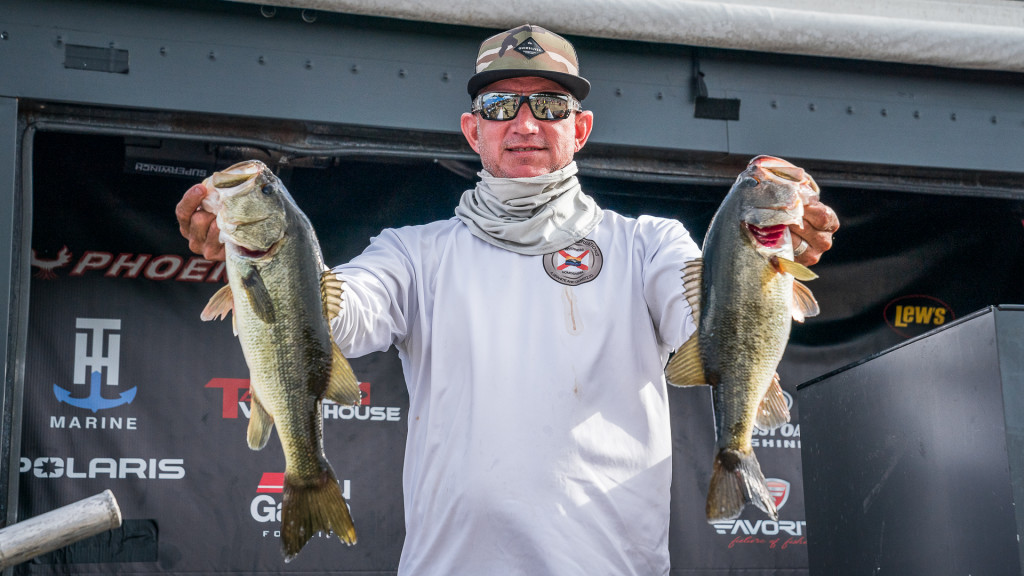 Ricky Grant, a retired Captain for the Sheriff's Office in Citrus County, won the co-angler division of the Toyota Series on Lake Seminole with a three-day total of 33 pounds even.

During the week, Grant fished with Laramy Strickland, Evan Rice and Dillon McMillan to catch 13-2, 10-4 and 9-10, respectively.

“I’ve got to thank each and every one of those guys,” Grant says. “Without them I wouldn’t be taking home this trophy.”

Grant caught most of his fish for the week on a Reaction Innovations Kinky Beaver in colors called tramp stamp and magic crawl swirl. His tungsten weight of choice was a 1 1/2-ounce.

“I think the key for me was pitching way up into the mat,” Grant says. “The guys I was fishing with were really focused on that outside edge. They were picking that deeper edge apart and there is no use in fishing right in behind those guys like that – they are like vacuum cleaners. So early on in the event I decided to start pitching way past the outer edge, right into the mat. Once I got a few bites doing that, I stuck with the program.”

Although Grant has fished Phoenix Bass Fishing League events as a boater for years, this is only his third Toyota Series event as a co-angler. For his win, Grant takes home a Phoenix Bass boat, rigged out and ready to hit the water.