The fishing is pretty good so far 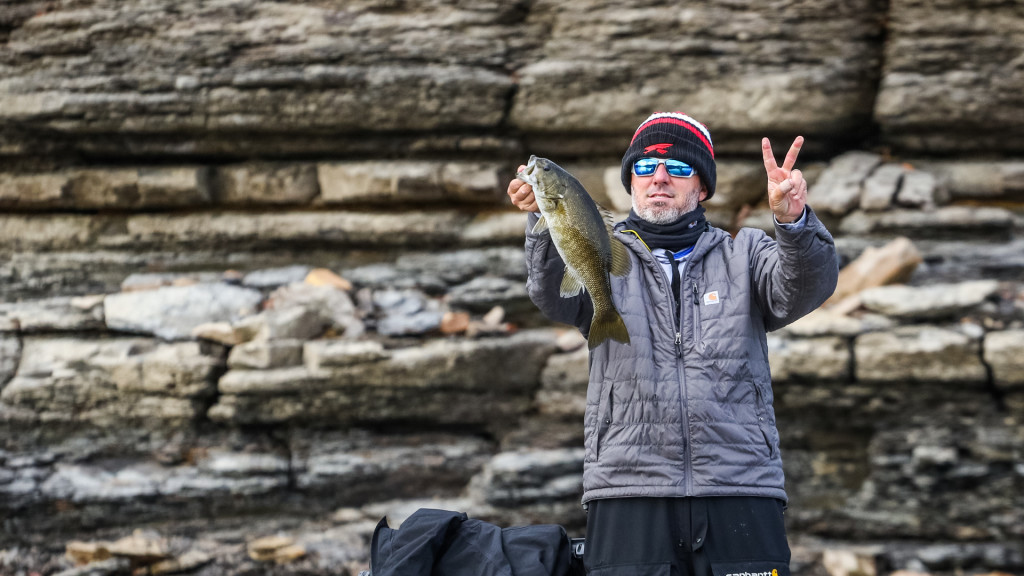 Fairly calm and cool conditions haven’t provided the longed-for wind, but otherwise, the Toyota Series Championship on Lake Cumberland is off to a good start. After a short fog delay, the field rolled out, and anglers have seen success from near takeoff all the way down to the dam.

The main bait of the day has been a crankbait, with a ton of pros running the banks in search of smallmouths. Still, other stuff has worked, including spinning rod tactics, umbrella rigs and some spinnerbait action. We’ve even seen pros working in a topwater Plopper-style bait or two, though that hasn’t been met with success.

A lack of wind is really the only thing putting a damper on the day. If it was breezy, the crankbait bite would almost certainly be firing. As-is, we haven’t seen a suspended fish bite develop yet, but there’s still time, and cooling water could bring that into play more.

For weights, William Beutjer is leading so far, with over 13 pounds reported. One of his better fish is a largemouth, and he’s not fishing far down the lake. Greg Bohannan, Williams Merrick and Ryan Davidson have also cracked the 12-pound mark and are off to good starts. Though the full leaderboard definitely reflects some bad cell service, there are a few legit surprises. For instance, when we found Spencer Shuffield mid-morning, he was sitting on zero fish and just beginning to crank after starting on uncooperative deep fish. On the same side of things, Brent Anderson only has three in the ‘well after a stupendous practice.

Weigh-in starts at 2:30 p.m. ET live online, and it should be a good one. There will definitely be plenty of fish brought to the scale, and a good number of smallmouths for sure.