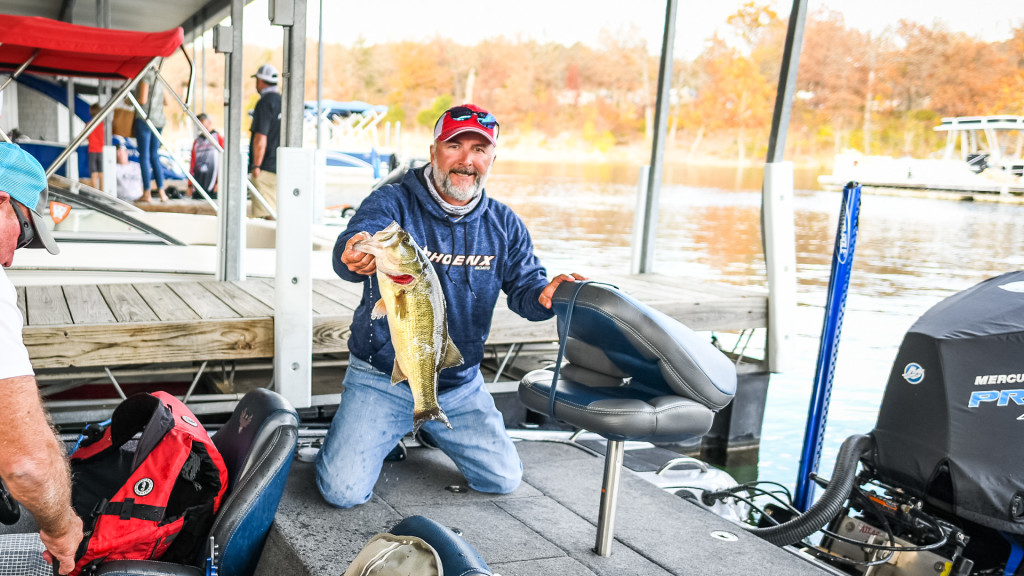 Back in September, Jason Lieblong strung together three tough days of fishing to take down his second Toyota Series title on Lake Dardanelle. Winning the first Plains Division event of the year, Lieblong picked up his second major win on Dardanelle since 2015 and unwittingly put himself on pace for an Angler of the Year title.

“After winning Dardanelle, I wasn’t planning on fishing the other two,” says Lieblong, who hails from Conway, Arkansas. “After I won that, I found out I could automatically go on to the championship if I fished the rest. So, I figured if I was going to do that, I might as well shoot for Angler of the Year and just go fishing. It worked out well. I was stoked and humbled. I’ve never had an Angler of the Year title – most times I never finish the season; I just go out and jackpot some.”

The father of two daughters and a partner with his dad in a financial business called Lieblong & Associates, Inc., the Arkansas anglers hadn’t fished a full season of FLW events very often. He’s fished the entire Bassmaster Opens schedule a couple times, but mostly he sticks near home.

“There’s always schedule conflicts with something,” Lieblong says. “I’ve got two daughters and work and everything else – something always pops up. But I enjoy driving around the country and fishing famous lakes. If I get a check, great. If not, I consider it a good vacation.”

When Lieblong set out to actually finish the Plains Division season, there wasn’t much history on his side, so he made his own, ripping off a 25th-place finish at Lake of the Ozarks and then finishing runner-up to Cody Huff in the finale at Table Rock.

“The toughest tournament was Dardanelle for me,” Lieblong says. “I got lucky on a couple places, but Dardanelle was the hardest one to catch fish in, no doubt. Table Rock was the easiest, and at Lake of the Ozarks, I just had to go fishing.”

His season was also a lucrative one. In addition to his regular winnings, he took home an extra $36,000 thanks to his boat. 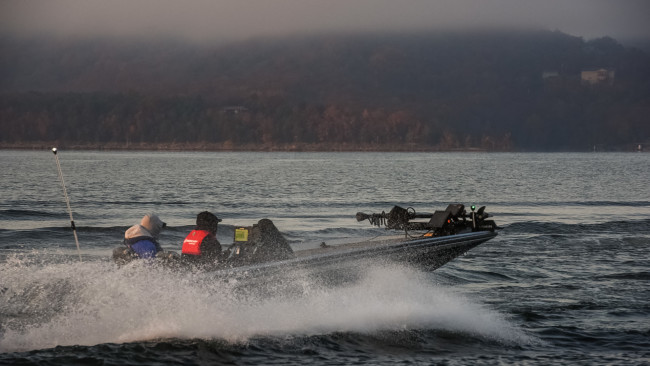 In 2021, Lieblong is planning on going pro and taking advantage of his invite to the Tackle Warehouse Pro Circuit. A year spent traveling the country will take him far out of his comfort zone, but he’s looking forward to it. At 48 years old, after working in finance for 25 years, he’s ready to give pro fishing a try.

“It’s not a usual occupation for a bass fisherman,” Lieblong says of his background. “A friend of mine who’s a doctor made a comment on Facebook that ‘We got one for the white-collar guys.’ We laughed at it, because usually the guys doing this are the blue-collar types. But, believe me, I’ve got blue collar in me; I’ve worked on farms all my life.

“I would love to make a living fishing,” Lieblong admits. “But to do that is the same as Major League Baseball or golf. It is hard. You’ve got to get the momentum up and keep going. It’s not easy. I’d like to do it for a living, but there’s not much guaranteed on that as a career.”

Still, Lieblong thinks he’s got a shot to compete, and he’s looking forward to 2021.

“In golf, you usually don’t make it past your 40s,” Lieblong says. “But fishing, as long as you can chunk and wind, you’re good. Some of these guys are having to sit down on the front of their boat, and I’m not far from it, I think, sometimes. But I get up and run five miles every morning. I try to eat healthy. I’ve still got plenty left in the tank.” 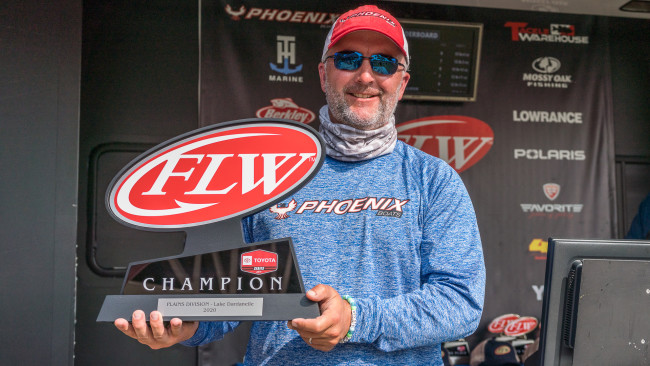 The Plains Division season was compressed in the late summer and fall in 2020. The season started in September at Lake Dardanelle, moved to Lake of the Ozarks in October and then finished in November on Table Rock.

Though he did make a bit of a venture to the upper end of Dardanelle, Lieblong spent most of the event in the lower section of the lake fishing shallow.

Lieblong spent most of the tournament in a relatively small area teeming with baitfish. He caught 15 bass over three days that weighed 40 pounds, 9 ounces. He caught most of them on a white Z-Man ChatterBait Jack Hammer and a bone-colored topwater by Paycheck Baits called The One, which is no longer produced. He also flipped wood cover with a green pumpkin Zoom Brush Hog.

25th place – Lake of the Ozarks

At Lake of the Ozarks, Lieblong got on a good topwater bite and a dock bite.

“Lake of the Ozarks just kind of clicked,” he says. “I knew the topwater bite might be on, and I love covering water and covering boat docks. That bite just fit my style, and I got lucky. I was comfortable fishing it, and it gave me confidence.”

For baits, Lieblong used a Crock-O-Gator Buzzbait on day one and a Z-Man ChatterBait Jack Hammer on the corners of docks on day two.

Weighing the largest limit of the tournament worth 17-2 on the final day, Lieblong not only slid up to second but also locked up his first Strike King Angler of the Year title in the process. Running well up the James River each day, Lieblong used his shallow-water skills to his advantage.

“I fished a lot of points and pockets all the way up [the James],” he says. “With all that rain, I put my boat in up at Mill Creek and ran up and saw it was mud, and I liked that. I figured the mud would blow out after a few days and the river would still have some color and I wanted that. Plus, there were shad already popping in the dirty water.”

A white 3/8-ounce Z-Man ChatterBait Jack Hammer with a matching Yamamoto Zako trailer and a River2Sea Whopper Plopper were all Lieblong needed to cover shallow water in the river.