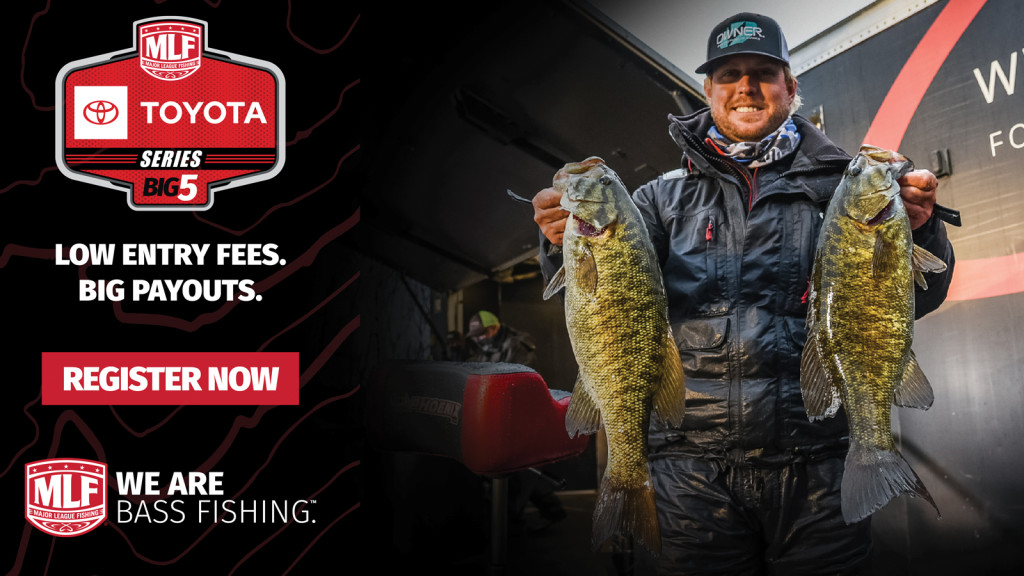 After a step-by-step rollout of entry dates, registration for the 2021 Toyota Series is now open for everyone who wants to fish one of the six divisions or get in on the new Wild Card division. The 2021 schedule hits great lakes at prime times and keeps long travel to a minimum.

The Toyota Series offers the biggest payouts for the lowest entry fees of any national tournament trail. You can enter online or by calling 270.252.1000.

This is your opportunity to fish close to home for incredible awards and advancement to the nationally televised Toyota Series Championship where pros fish for $235,00, including a $35,000 Phoenix MLF Bonus, and co-anglers compete for a $33,500 Phoenix 518 Pro bass boat powered by a 115 HP Mercury. The highest-finishing pro from each division at the Toyota Series Championship also receives a $10,000 bonus.

Qualify for the Toyota Series Championship for the shot at winning as much as $235,000, including a $35,000 Phoenix MLF Bonus