Combs in Control at Sam Rayburn 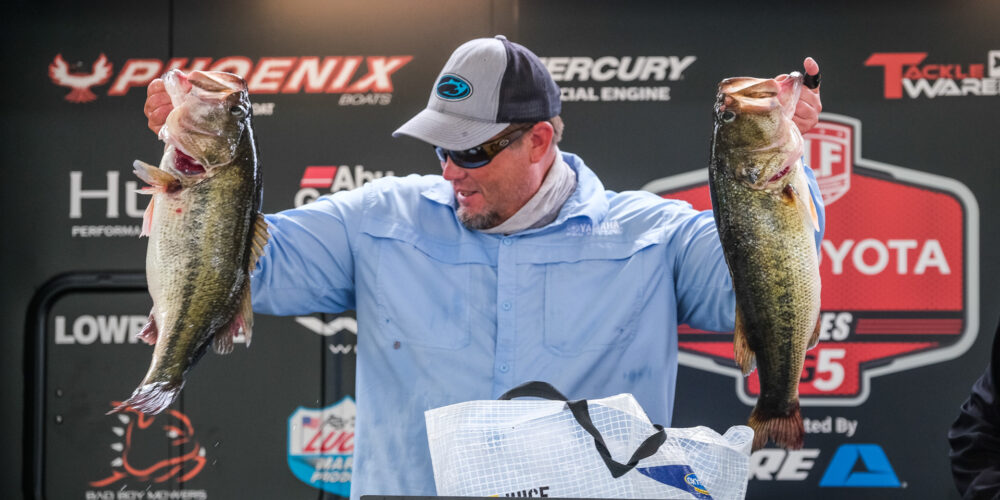 Weighing 29 pounds, 11 ounces, Keith Combs expanded his lead in the Toyota Series Presented by A.R.E. Southwestern Division event on Sam Rayburn to more than 17 pounds. With a total of 52-4, Combs heads into the final day of the event, which is presented by Berkley, with about as good a shot as can be at earning his first win with MLF.

Sadly, Combs’ big day was far from the only storyline. Day 2 of the event was instead marred by the tragic accidental death of a co-angler. The incident is currently under investigation by the TPWD and San Augustine County officials. Officials have not yet released the names of the anglers involved. You can read more about the incident in this statement.

Update: Major League Fishing (MLF) announced Friday that the identity of the co-angler that died after falling from the boat, Thursday, has been released. The Texas Parks and Wildlife Department (TPWD) has confirmed that angler Pete Spencer Lammons Jr., 77 of Houston, Texas, was fishing near the San Augustine Park area on Sam Rayburn Reservoir when he fell overboard. You can read more here.

The following pros made the Top 10 and will fish Day 3 tomorrow.