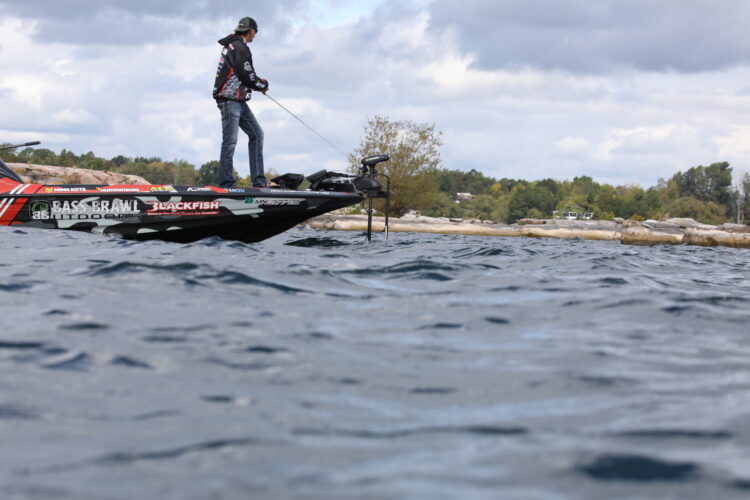 MASSENA, N.Y. – Major League Fishing continues to return to the St. Lawrence River for its healthy population of large smallmouth, and the famed northern fishery never disappoints. The Toyota Series Presented by A.R.E. season finale is no exception. The third and final event of the Northern Division season, which is presented by BoatLogix, kicked off on Thursday and features several pros who are known for their smallmouth fishing skills. That includes recent Tackle Warehouse Pro Circuit Stop 6 Champion Kyle Hall.

On-the-water photographers have provided us with a peek at some of the big smallmouth bass that anglers have landed while battling the wind and waves. But only time will tell who caught the best bag of the day. The Toyota Series weigh-in will be live on MajorLeagueFishing.com at 3 p.m. ET.