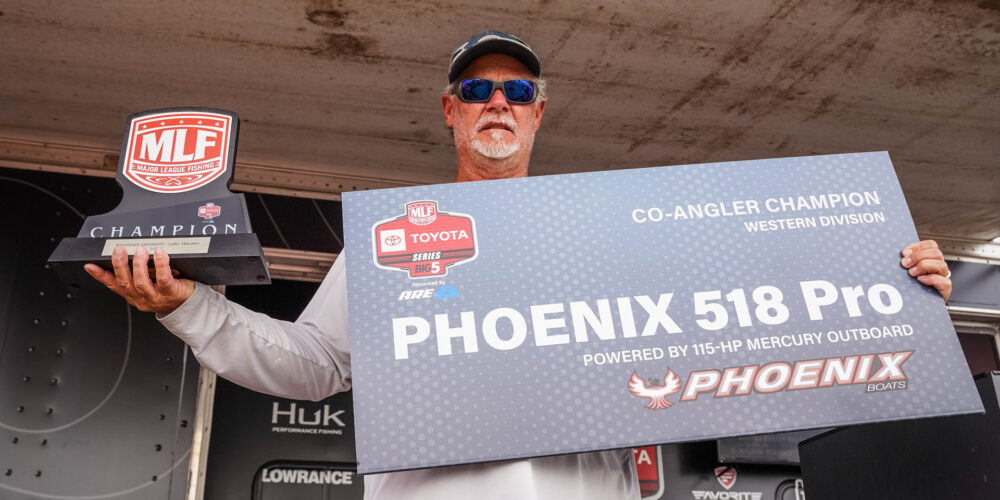 Not many people can actually answer that question, but Kevin Gross can after taking home the win in dramatic fashion on Lake Havasu.

“You know, it’s the same adrenaline,” says Gross, who threw a no-hitter while pitching for the Philadelphia Phillies.

Based on his reaction on stage after being handed the trophy, you realize competitors love to compete, and Gross did that until the end.

After fishing with Pete Marino the first day, Gross drew Mike Williams on Day 2 and nearly cracked 18 pounds (17-15) to jump into second behind his best friend, Jason Akins, who also has a co-angler victory on Havasu.

Yet, Gross was still 4 pounds back, meaning even though he drew Williams again on Day 3, he’d have to catch another mega bag or Akins would have to stumble to give him a shot.

Unfortunately, the mega bag didn’t happen, but he did manage a limit, including a key 3-ounce cull with 20 minutes left in the day. Why was it key? Because Akins only brought two fish to the scales, and that late fish gave him the victory by one ounce.

“It’s unbelievable,” says Gross. “I broke down a little bit because [Akins] is my best friend, and I beat him by an ounce. But if he beat me by an ounce, it would’ve been a heartbreaker, too.”