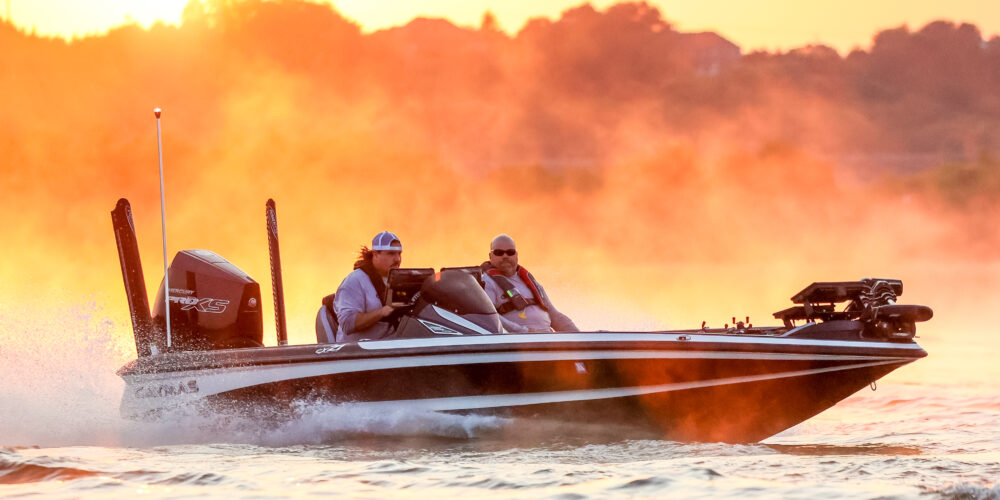 WARSAW, Mo. – With summer winding down, the various Toyota Series Presented by A.R.E. divisions are wrapping up as well. The Plains Division, presented by Outlaw Ordnance, wraps up at Truman Lake this week, which is an interesting and unusual venue for the Toyota Series.

Competitors will need to navigate Truman’s expansive stands of timber, rock points, and bluff walls in search of a winning fish. Several different tactics could come into play as the lake transitions from a late summer pattern to an early fall bite.

Anglers will take off daily at 7 a.m. CT from Sterett Creek Resort and Marina in Warsaw. Weigh-ins will also be held at the marina and will begin at 3 p.m. CT each day. Fans are welcome to attend the event or follow the action online through the live weigh-in broadcasts and daily coverage.

Originally named Kaysinger Bluff Dam and Reservoir in 1954 when construction was authorized, The Harry S. Truman Reservoir – which was renamed in honor of the former president from Missouri – was completed in 1979. It is located on the Osage River, between Warsaw and Clinton.

Construction of the lake was quite the undertaking, with many years of planning, land acquisition, and new bridge construction taking place before the Osage River was finally dammed and the surrounding ground was flooded. The result is a sprawling river system–complete with large bluff walls, old roadbeds, fencerows, and expansive stretches of flooded timber. At normal pool, the lake has a surface area of about 55,600 acres – which can swell to over 200,000 acres at the top of the flood control pool.

The lake and more than 100,000 acres of land surrounding the lake are managed for fish and wildlife by the U.S. Army Corps of Engineers and the Missouri Department of Conservation. Along with hosting a healthy population of largemouth bass, Truman Lake is widely regarded as one of the best crappie lakes in the country.

While Truman Lake has the potential to swell substantially in the spring, it will be fishing skinny this September. Mid-Missouri has noted especially dry summer weather, resulting in water levels about a foot-and-a-half below normal pool.

“Almost all of the shallow cover is out of play now, especially up the river arms,” said local pro angler and fishing guide Brock Reinkemeyer. “It will make fishing tough, but navigation should be much safer. I’d say 90% of the lake’s timber is currently visible.”

When it comes to visibility, the majority of Truman Lake’s water is typically stained to downright murky, but anglers will find more water clarity near the dam.

“This is actually some of the most stable water clarity I’ve seen on Truman in quite some time,” said local pro Austin Culbertson. “I’m seeing 1 to 2 feet of visibility on many parts of the lake, which can be tough to find in the spring.”

Water temps are currently in the upper-70 to low-80s, and are expected to hold throughout the week. Daytime temperatures are ranging from 60-90 degrees, with very little chance of rain in the forecast.

While fall may be on everyone’s minds, the bass are still sticking to their late-summer habits – with no indication of changing anytime soon. Main lake points and the edges of creek arms are likely to see the majority of the action this week.

“I expect to see some guys running up in the creeks, catching them on squarebills and power fishing,” Reinkemeyer said. “Others will stick to main lake points, dragging a jig, worm, or Carolina rig.”

Flipping the expansive standing timber and fencerows could also be a contending strategy, especially when paired with the potential of a topwater bite early in the day.

“I’d wager the winner will utilize a combination of flipping and topwater baits this week,” Culbertson said. “You can catch them in one foot of water, then turn around and catch them in 10 feet. It’s going to take a combo of both to get the job done.”

At the end of the day, however, making the cut could be less about what’s tied on the end of the line, and more about the right combination of place and time.

“This isn’t a pattern lake, it’s a spot lake,” Culbertson said. “If you can get on them you can catch ‘em, but it can be tough to come back and do it again the next day.”

On the Angler of the Year side of things, Michael Harlin has a 9-point lead over Culbertson heading into the final event. Having posted back-to-back Top-10 finishes so far, it might take another to close out AOY. Over on the Strike King co-angler side, Jeff Moss has a 6-point edge over Steve Gregg for the title. In addition to outright AOY, making the Top 25 will send anglers on to the Toyota Series Championship, and the top five pros in the standings will lock up bids for the MLF Invitationals.