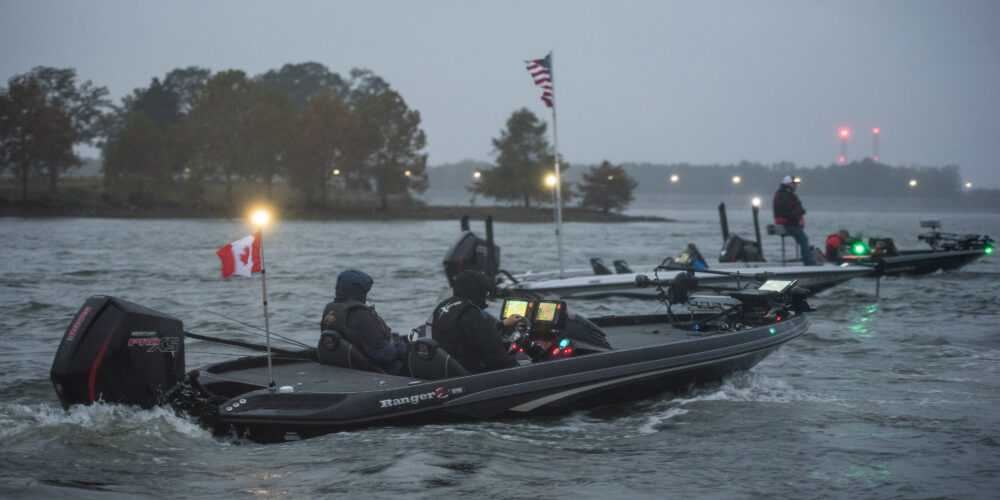 COUNCE, Tenn. – The final day of the Toyota Series Championship Presented by Guaranteed Rate on Pickwick Lake is going to be a good one. Though the weights haven’t been huge yet, the Top 10 is as tight as can be and there’s huge money on the line. Just under 4 pounds separates first and 10th, and with giants swimming in Pickwick, the storyline possibilities are plentiful.

The Top 10 has three other former Toyota Series winners between Todd Castledine, Aaron Johnson and Jeff Reynolds. Tomorrow, one of them might win, but Mikey Keyso or someone else might get it done.

Keyso has two Phoenix Bass Fishing League wins that he knocked out in 2014 and 2018, but he’s struggled to close since then. In 2020 and 2021, Keyso has two runner-up finishes at the Toyota Series level, one at Lake Seminole and one at Lake Toho, both flipping matted hydrilla. If he can pull off a win this week, Keyso will more than triple his MLF earnings and earn by far the biggest win of his career.

Each the best from each division at the Toyota Series Championship takes home an additional $10,000, which is a pretty significant payday. For some, that extra money is already wrapped up, as Barry Graves topped the International Division, Cody Nichols has earned the Central Division money and Brent Crow has locked down the Northern Division. For others, the issue is still in doubt, particularly for those in the Southwestern Division.

With four Southwestern Division pros in the mix, there’s a chance that the winner of the division will take home a lot more than just $10,000. Fighting for the honors are Todd Castledine, Jeff Reynolds, Aaron Johnson and Chris Digino. Though it isn’t the first time one division has done really well at the championship, this week has been big for the southwestern boys so far, and the final day should be a lot of fun for them.

After two days of competition in last year’s Toyota Series Championship on Lake Cumberland, Dakota Ebare led the charge and was eyeing down the $200,000 payday, along with the extra $35,000 for the Phoenix MLF Bonus and an added $10,000 for being the highest finisher in the division he qualified from. Missing out on a $245,000 check may leave a mark, but Ebare has the perfect shot at redemption today.

Sitting just under 3 pounds out of the lead, it’s not a huge hill to climb for Ebare, but also, he’s going to need his best bag of the week. He’s been around quality all week and on Day 2 started out his day by catching a 6-pounder. After that, he watched several big bass blow up on shad on shallow bars around his area but was never able to coax one into biting. So, he’s around the right size, but today will have to be the day he makes some magic happen.

With nearly 100 MLF events under his belt since 2015, Ebare has been one of the toughest competitors at the triple-A circuit and above for a few years. He’s banked several Top 10s, but a win at any level is something that’s slipped through his grip. As far as storylines go, you almost couldn’t write a better script for Ebare to follow this week.