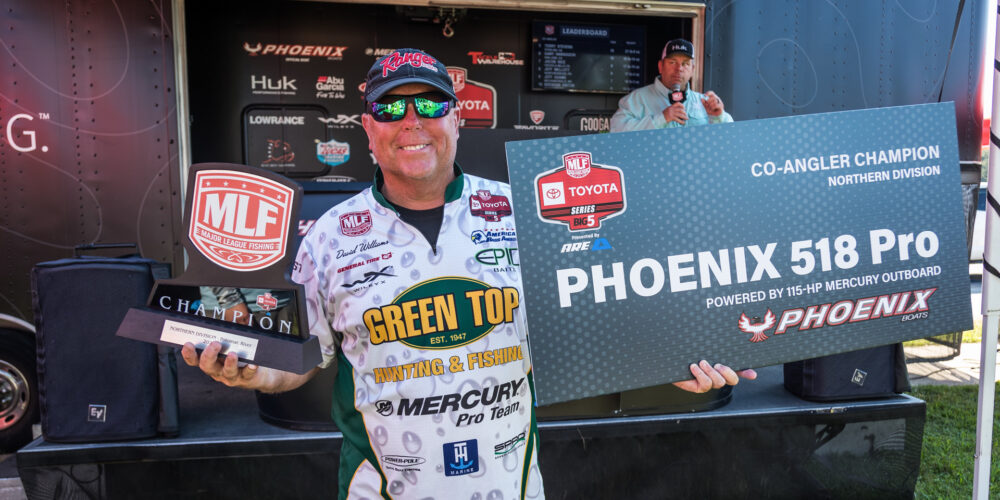 Having fished with MLF since 2000, David Williams has put up amazing numbers as a Strike King co-angler, particularly on the Potomac River, which is his home fishery. So, the fact that he tallied 11 bass for 32 pounds, 10 ounces to win the Toyota Series Presented by A.R.E. Northern Division event on the Potomac River is no big surprise. The win is his ninth with MLF, and his second at the Toyota Series level.

“It’s good, I’m just glad I got three boaters that took me to the grass all three days,” says Williams of the win. “So, I got to throw a frog all three days. A lot of people go away from the grass because the bite has been so tough. But, the fish are in the grass, and the fish are biting. You’ve just got to be around them.”

For the win, Williams takes home a new Phoenix 518 Pro as well as a spot in the Toyota Series Championship this fall on Pickwick Lake. It’s no lock, but he may be able to catch a few on a frog there if things break right.