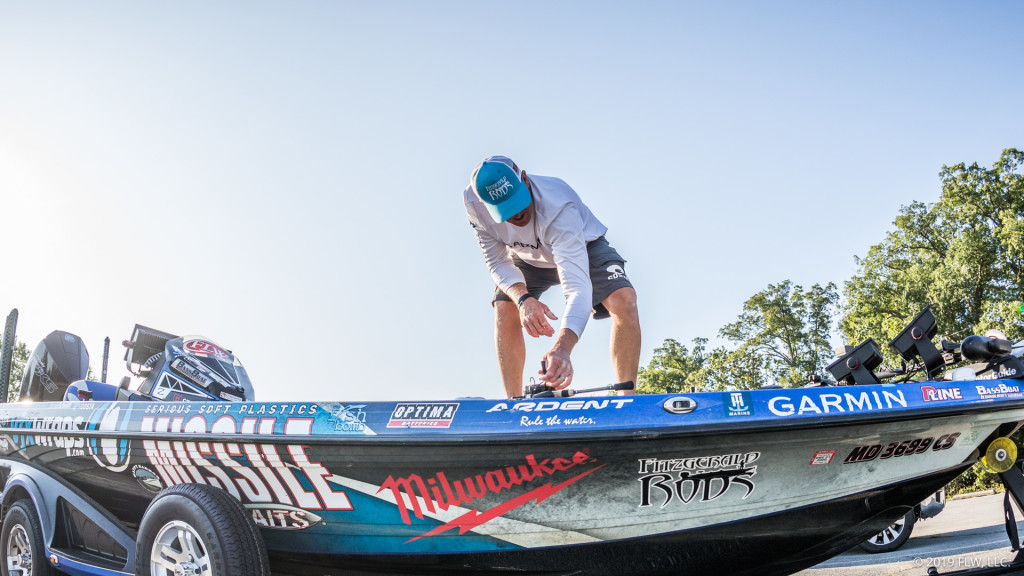 Like it is in many parts of the country, late summer can be a tough time to catch bass on the East Coast’s tidal rivers. As we’ve seen pretty much every year in the FLW Cup, which is usually held in the South, going way up creeks to find slightly cooler water is a productive pattern in the heat of late summer. The same strategy can pay off on tidal fisheries such as the Potomac River and James River as well, albeit with some tweaks for the situation. 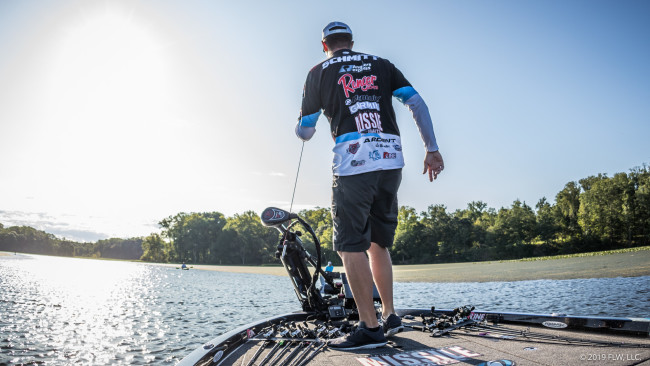 Come August and September, Bryan Schmitt knows that the traditional grass beds at the mouths of creeks can begin to get a bit stale on the tidal fisheries near his Maryland home. They’ve been beaten on by scores of anglers through the spring and summer, so a change of strategy can be called for.

“It was years ago when I figured this out,” says Schmitt. “This is actually a time of year when it condenses the fish; hence, why it’s tough to figure out. Tidal water is always connected to the ocean, so it always has some kind of salt influence. When you get into the summer, generally speaking, the rainfall is very minimal. When you get that it pushes this particular scenario even more because the bass want to get away from the salt.

“So, what happens is, I would say the bulk of the fish transition to seek cooler, cleaner water with less salinity and more oxygen,” he adds. “Where that happens is in the headwaters of creeks. The whole life system seems to go there. The bait, the fish, the catfish, the bass – everything migrates there. For some reason it’s a littler cooler, it has more oxygen and less salinity.”

Schmitt believes low flow and higher salinity are major factors in the move, but not the only factors. The summer of 2019 on the Potomac has provided a good example of that. Plenty of rain has kept the salinity low, but some fish have still moved to the backs of the creeks to escape the heat. So it’s always worth checking.

The one thing that will hold the fish in the main river and prevent or reduce the migration into the creeks is milfoil. In years with strong milfoil growth, Schmitt says grass patterns can continue to reign supreme all through the summertime. 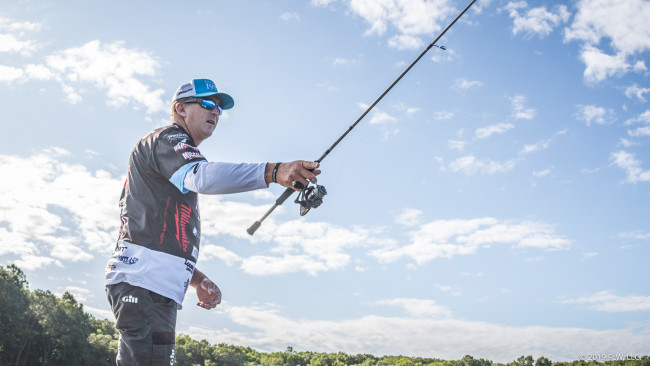 Luckily, finding bass in the backs of creeks isn’t particularly difficult, though it may take a fair bit of time to reach them.

“The farthest back you can go is where they go,” outlines Schmitt. “They’ll go to the absolute stream of it, to where you can’t even get your boat. If you take a place like Aquia Creek [on the Potomac], where it’s five or six miles long, I guarantee there’s going to be a good population of fish up where it becomes a stream.”

Because it is pretty skinny water, Schmitt relies heavily on his eyes.

“When I’m on that particular pattern, I’m looking for clean water – No. 1,” he says. “I might not catch them as easy, but I like to see them. A lot of times on tidal fisheries you can do a lot of fishing and scouting with your eyes. Usually these headwaters are clean. On low tide there will just be a narrow channel, and you can see fish swimming up and down the edges.” 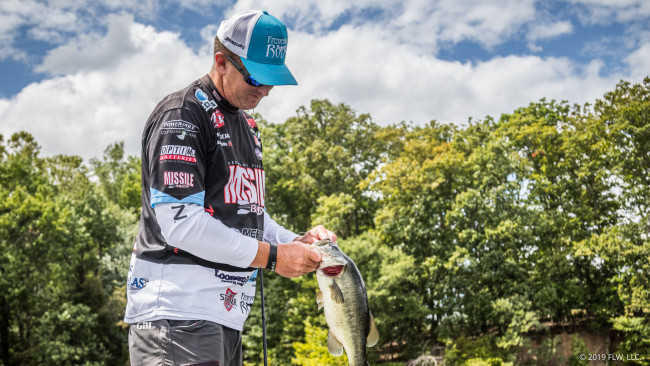 Schmitt says that catching creek bass late in the summer is usually a finesse game. A drop-shot or a wacky rig will do a lot of his work when the tide is low and falling. With an incoming tide and fish pushing up toward the banks, he says a vibrating jig, a frog or a buzzbait can come into play.

One key is stealth. Moving slowly and not muddying up the water is very important. Power-Poles help a lot. They let him stop on a dime when he needs to really pick apart his areas. 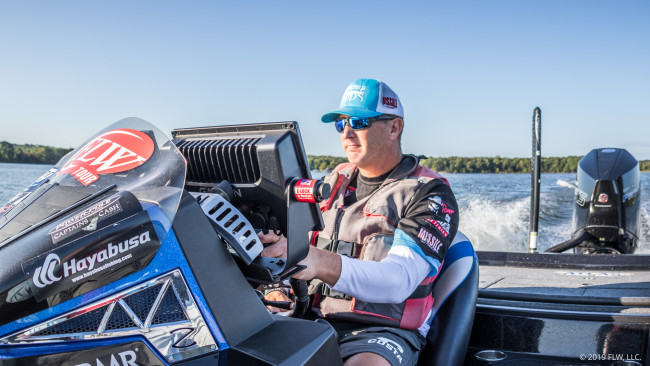 Reigning as the best tournament angler on tidal fisheries isn’t easy, but it has taught Schmitt plenty of lessons. If you’re going to run the backs of creeks on a tournament day, you need to be careful.

“It can really hurt if you’re on that pattern and you get behind somebody else doing it,” says Schmitt. “It’s almost one of those deals that depends on your boat number. And even if the tide isn’t right, you might have to go stake your claim because some of these places are so narrow that if you get midway back nobody can really get past you.”

Schmitt says that the tactic is probably best when there isn’t a lot of pressure. After all, folks trying to be John Cox have smartened the bass up over the years.

“It’s a gamble,” adds Schmitt. “In my opinion, the last few years the fish in these particular places have gotten a lot smarter. But it’s a quick way to locate fish. There’s always a population in them, hands down. I have seen where it could be a winning deal if you find the right creek, but I think more so anymore it might not be a winning deal, but you can make a top 10 doing it.”