Search quickly, fish a jerkbait faster to get on the fall bite 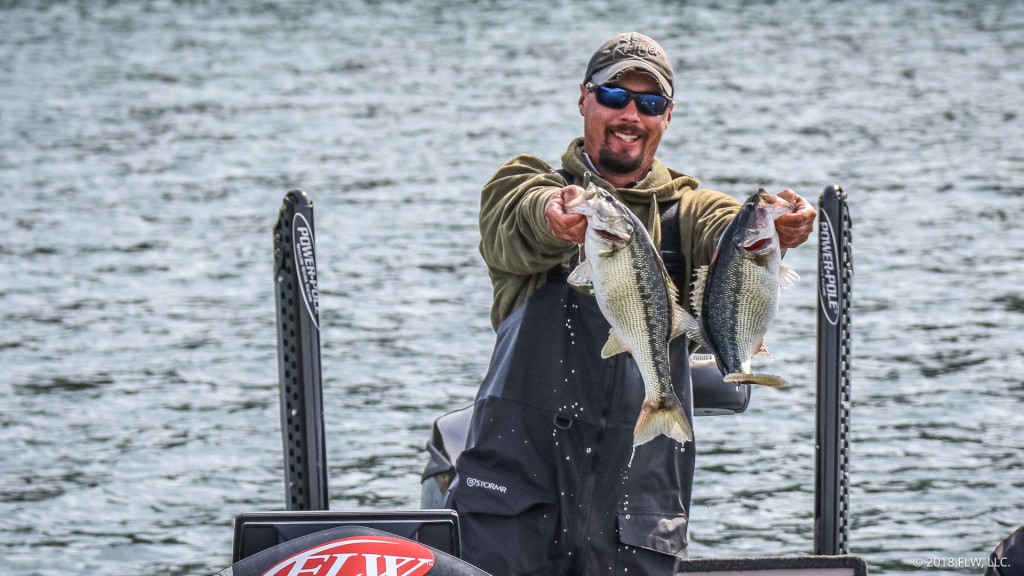 When FLW pro Alex Davis isn’t hunting trophy bucks in the fall, he spends a lot of days fishing for big bass that are binging on shad in the reservoirs of north Alabama. In particular, fall is a killer time to fish jerkbaits with high-speed, aggressive tactics in clear-water reservoirs for spotted bass – for both size and numbers. 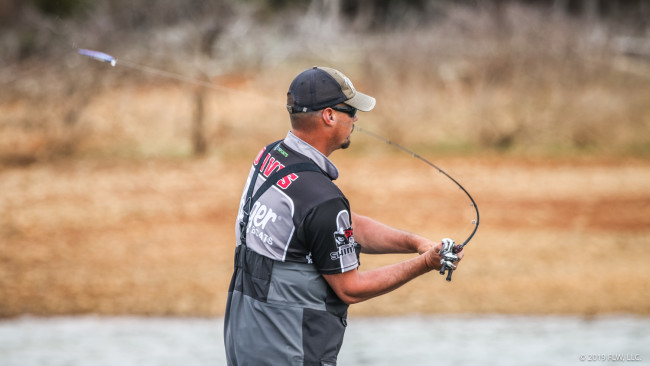 This isn’t springtime twitch-twitch-pause finesse jerkbait fishing. Davis says fall is the time of year to ramp up the pace.

Davis’ favorite jerkbait for fall is a Jackall Rerange 110 in the blue pearl shad color. He fishes it on 10-pound-test P-Line Tactical Fluorocarbon, a 6-10 medium-light Shimano Zodias rod and a Shimano Metanium reel. 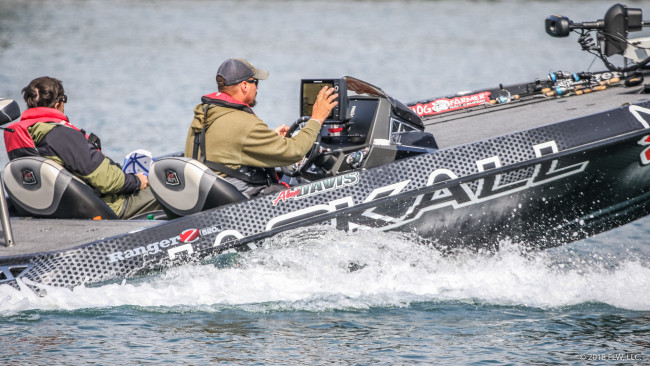 The aggressive switch works in the later months because big spots are so focused on one thing.

“I think it’s just because they’re feeding up so much,” Davis says. “All they’re doing is eating. I went to Smith Lake the other day, and on every point you catch five or six. They’re not just feeding; they’re actually in competition with each other. So you’ll catch them every cast, which is pretty fun.”

With so much focus on food, the most important aspect of a fall spotted bass pattern is to find shad because, as Davis puts it, “if you find the dinner, you find the diners.”

To illustrate his point, Davis recounted some details from his recent trip to Smith. The pro started near the dam and quickly got into some fish. Then he ran up one of the major creek arms. It was void of shad – he didn’t see them or mark much on his graph – and he didn’t get a bite. The next creek Davis visited had what he was after. As soon as he put his trolling motor down, he started marking bait over 30 to 40 feet of water.

“Then you would catch them everywhere you went,” he says. 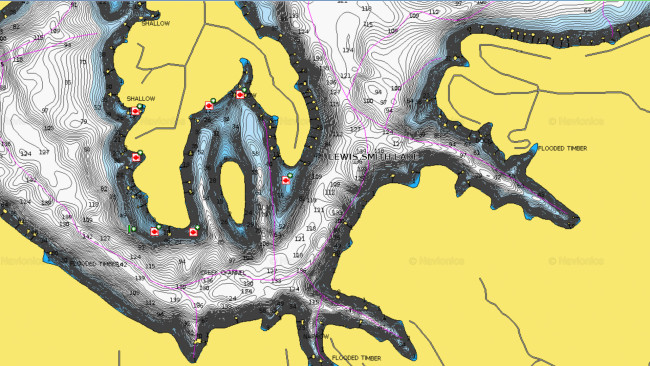 Once shad are located, the pattern is actually pretty simple. Davis fishes points. As in, all of them.

“It doesn’t matter if it’s a long tapering point or a bluffy point; it’s just all points,” he says. “That’s where they can set up. They get on one side, and when the shad come over it’s game on.”

“I don’t graph for them. I just pull up and fish,” Davis adds. “I go up one side of the creek and then go down the other. The more water you can cover the better off you’re going to be. It’s not like we’re in full-blown winter. They’re going full bore.”

When Davis approaches a point, he typically casts to the side of it first, then makes a few more casts over it. If he doesn’t get a bite he moves. And even if he gets bit, he tries to avoid the trap of staying put too long.

Davis figures that with 5 to 6 feet of visibility, any aggressive spots are going to come up and eat pretty quickly. Sticking around to try and finesse more bites is a waste of time this early in the season. 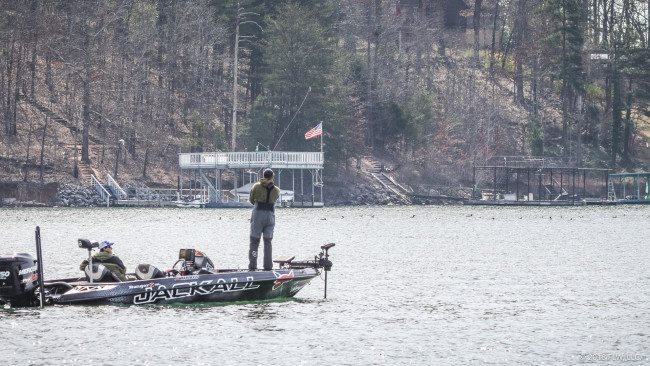 Most of the better fish Davis catches are set up in a sweet spot depth range from about 20 to 25 feet. They might be on bottom or suspended, but on Smith Lake, at least, that’s his best range.

As a result, he thinks some anglers set up overtop of the fish and therefore miss their chance.

“A lot of times people say, ‘Well, they’re underneath of us.’ Then you need to move out,” he says. “Very rarely can I ever hit the bank with my cast.”

Weather will ultimately decide the duration of this pattern. According to Davis, the aggressive jerkbait bite stays strong until the water temperature drops below about 50 degrees, which usually happens around mid-December in his region.

Until then, leave the pause out of your jerkbait cadence, and match the spotted bass’ aggressiveness to put more big fish in the boat.