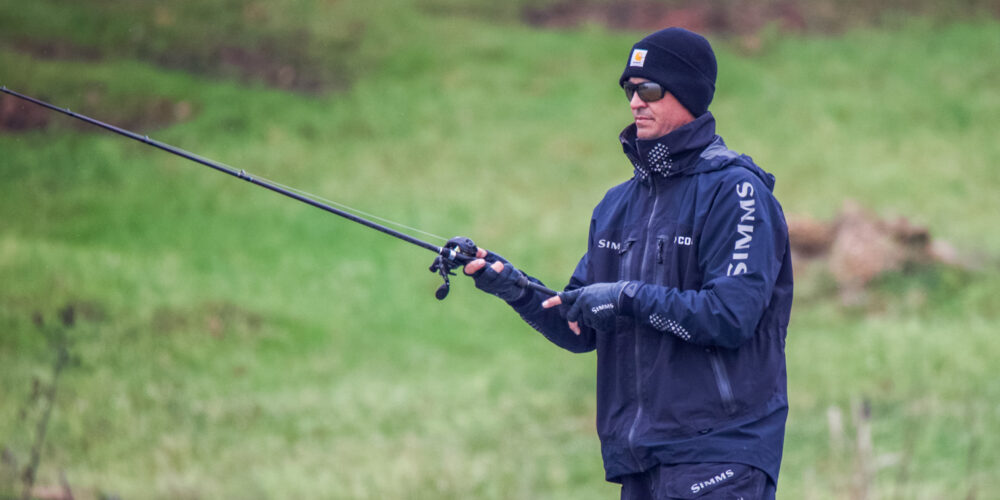 Casey Ashley discovered the versatility of a fluke-style lure early in his fishing life.

“The Fluke is something I have been using since I was a kid,” says Ashley. “We got so good with it because we live on blueback herring lakes. You can’t fish a tournament around here without one tied on your rod!”

“The Fluke is like the sliced bread of the fishing world,” says Ashley. “They make different sizes of it, and, where we come from, folks have found a lot of different ways to use it. We use a Fluke for everything.”

The Fluke is a four-season bait for the personable South Carolinian, too, and he has learned to sandwich the Super Fluke, Super Fluke Jr. and Magnum Super Fluke into a myriad of applications.

Depending on the season and conditions, you may find him fishing a Fluke on a conventional jighead for suspended bass, working it with painful bottom-hugging patience on a horsehead spin, or scudding it rapidly across the surface to simulate a fleeing baitfish.

Two different Fluke rigs factored into a pair of his most celebrated victories.

He used a Zoom Super Fluke Jr. on a deep-running “horsehead spin,” a jig sporting an underbelly willow blade, to earn his Bassmaster Classic win on South Carolina’s frigid Lake Hartwell in 2015. He also cashed a victor’s check at Lake Murray several seasons earlier by fishing the soft plastic bait in a frenetic topwater fashion during a warm spring event.

He ranks the topwater presentation he used at the 2011 Bassmaster win at Lake Murray among his favorites. He rigs the Fluke Texas style on a 4/0 Mustad offset worm hook and skips it frantically for 10 feet or more before letting it twitch and die in the fashion of an injured herring. If the bait survives the first rush he’ll repeat the sequence.

He demonstrated this technique for me in a Table Rock cove.

“If you throw it over (the bass’s) head and he sees it skipping and twisting and cutting flips, he will follow the bait,” Ashley explained. “Then you kill it…it darts just that one time…He is going to eat it! He just can’t help it!”

He took the Fluke deep to catch all but two of his fish during the 2015 Bassmaster Classic on Lake Hartwell. Facing bone-chilling winds and sub-zero temperatures, he rigged a Fluke Jr. on a 3/8-ounce horsehead spin jig (a.k.a. “fish-head spinner,” “underspin horsehead,” et al.). His father had constructed the bait for him using a Do-It Pony Head jig mold, a ball bearing swivel and size 3.5 nickel willow blade. By presenting the rig ever so slowly to bass hunkered down in water as deep as 40 feet, he finessed his way to a Bassmaster Classic crown.

A Fluke is Deadly for Suspenders

For suspended bass, and the occasional bottom-hugger, Ashley likes to pin a Zoom Super Fluke or Magnum Fluke to a 1/4-ounce jighead. Employing 15-pound fluorocarbon line, he works the bait fairly aggressively (“Almost like stroking a jig,” Ashley says).

His Fluke color selection reflects his “keep it simple” fishing philosophy. Colors that see a lot of action from his boat are Disco Violet, Disco Green and White Ice. But his primary choice is Pearl White. “I start with it every time,” he says.

“Changing baits and colors all the time just adds more confusion,” Ashley says in summary. “Fishing is 85 percent mental, and the bulk of the ‘mental’ part is confidence. If you are not confident in what you are doing, you are already behind the 8-ball. I have tackle that transitions in and out of my storage compartments, but my Fluke box never leaves my boat.”