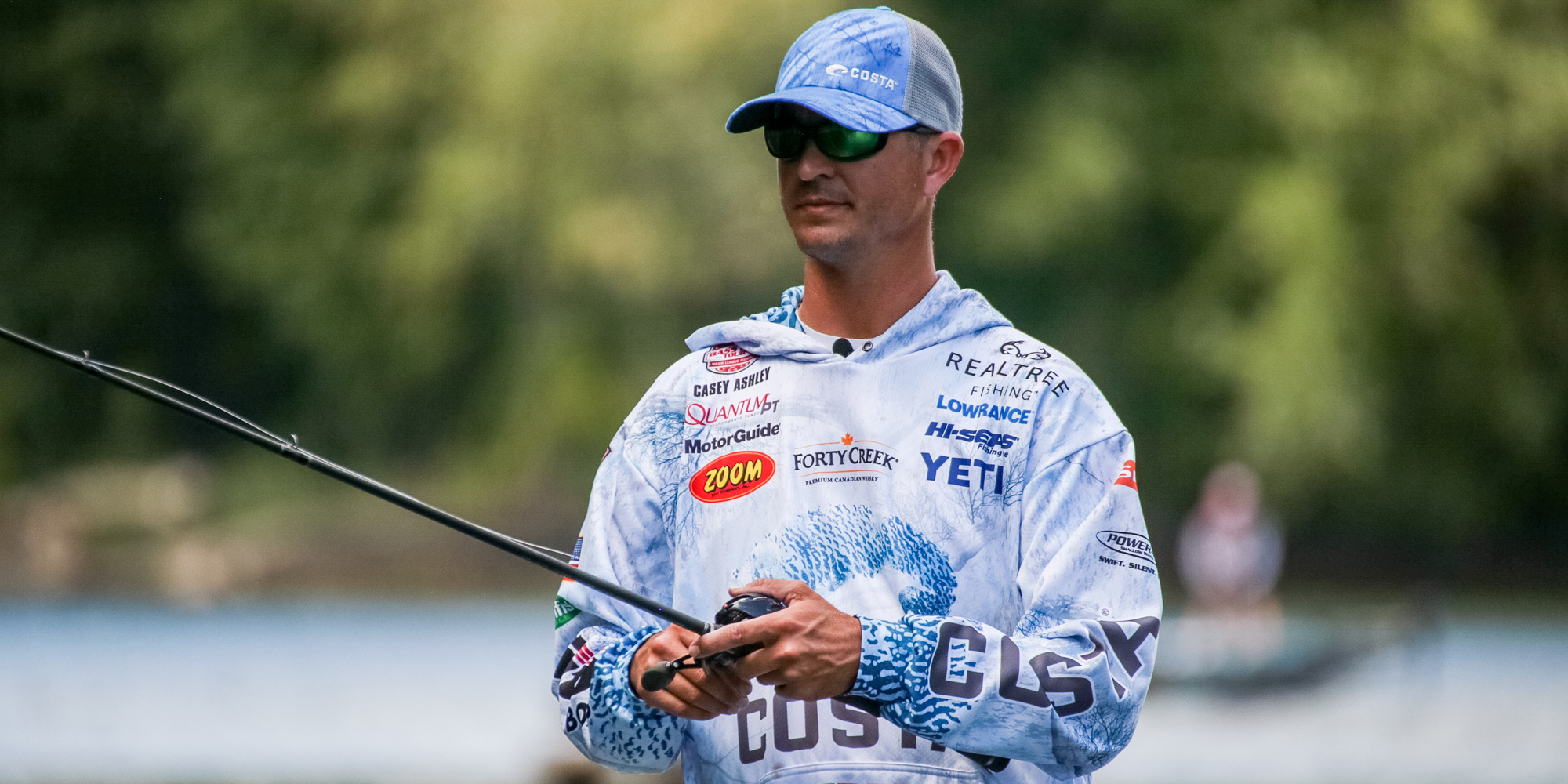 There’s no place like home waters and, for Casey Ashley, home waters include lakes in South Carolina on which he has staged his biggest wins, including the Bassmaster Classic and an FLW Tour win on Lake Hartwell in 2015 and a 2011 tour win on Lake Murray.

Both are blueback herring lakes.

A coastal species that generally lives in saltwater and spawns in freshwater streams, blueback herring have been introduced into many river systems in the Southeast, including the Savannah River impoundments. Today, they provide forage for game fish in the Carolinas and Georgia including Clarksville Reservoir, Lake Russell, Lake Keowee, and Lake Jocassee, along with Hartwell, Murray, Greenwood, Lanier and more.

Bass love them; stripers, too.

Blueback herring often factor into a forage mix that includes shad and bluegill. But there’s little doubt as to a bass’ preference with herring on the menu. Bass would rather chase the larger, faster bluebacks than plan a meal around sunfish or shad.

“Herring have an effect on the entire ecosystem,” says Ashley. “The bluegill population might be high on some of these lakes, but the bass don’t seem to eat ‘em.”

Don’t underestimate the speed of the herring. Bass sure don’t. Bluebacks have blazing quickness, and bass that covet them seem custom-tailored to the task.

“A bass chasing a herring almost porpoises out of the water,” says Ashley. “The effect on bass in herring lakes is they grow long and skinny. They have a big head and a long body. Even in winter.”

Anglers in the know build their strategies around herring habits on blueback waters.

Herring spawn over hard bottom on main lake and secondary points and shallow flats, often in a foot of water or less. Water temperature and clarity influence their spawn. Moon phase, too.

“Blueback herring and shad spawn totally differently,” says Ashley. “Herring spawn immediately after bass — about 65 to 70 degrees — and before the shad spawn. At 65 degrees, a lot of bass are done spawning, but some are not. During the herring spawn, you are often catching prespawn and postspawn bass largemouth. It’s a perfect storm.”

Shad are lowlight spawners, and the hot bite during the shad spawn is confined to a brief interval at dawn. Not so with herring.

“When herring spawn, they stay all day,” adds Ashley. ”It’s not just a ‘first thing in the morning’ deal.”

The size and speed of herring influence lure size and presentation.

Ashley road the herring bite to victory on Lake Murray in 2011. He triggered that bite with a wildly aggressive topwater retrieve, skipping a Zoom Fluke in frantic fashion with brief pauses between flurries.

“Herring are super-fast, and bass pursue them fast,” says Ashley. “When a lake has bluebacks, largemouth won’t look at a bait if you work it slow. They are so shallow, and the water is super clear.”

“I’ll work some lures so hard that they aren’t doing what they’re supposed to do,” says Ashley. “It’s just a big bait skipping. That’s how fast I work them.”

By the time water temperatures reach 70 degrees, blueback herring have completed their spawn. The baitfish move to deeper water, often to brush, sunken timber and breaks, suspended 10 to 15 feet down over 30 to 50 feet of water.

An angler who locates these herring and the trailing bass can be treated to some of the most exciting open water fishing of the season, with bass blowing up on topwater hardbaits or taking soft plastics like the Fluke and Super Fluke.

“When water temperature is above 75 degrees, bass on a herring bite only feed up,” says Ashley.

Herring seem to disappear after the August heat. In fall, the bite returns to topwater and suspended fish.

Once water temperatures drop into the 60s and high 50s, oxygenated water becomes the key to finding the herring – and, of course, the bass.

“It seems that when the water is cold, one of two things happens,” says Ashley. “Either they go super shallow, which could mean they are over deep water but only 5 feet down, or they go super deep.”

During the cold-water period, go-to baits are a weighted Fluke or a Fluke on a Fish Head Spin. He’ll work jerkbaits as well.

During that cold 2015 Bassmaster Classic on Hartwell, he found bass positioned in ditches 30 to 35 feet deep. The Fluke/Fish Head Spin combination took him to his historic win.

Herring lakes can be tough to solve.

“Take a lake without blueback herring and one with them,” says Ashley. “The herring lake will fish 180 degrees differently than that lake without them.”

He cautions anglers not to underestimate the influence herring can have on the bass bite, and he tips his cap to the herring that have tutored him.

“Guys who understand a herring lake have an advantage,” he concedes. “We might find situations like offshore humps or brushpiles. When we recognize bass are suspended over these areas, we have a leg up on how the fish bite.”