Catching Fall Bass in the ‘Time of Extremes’ with John Murray 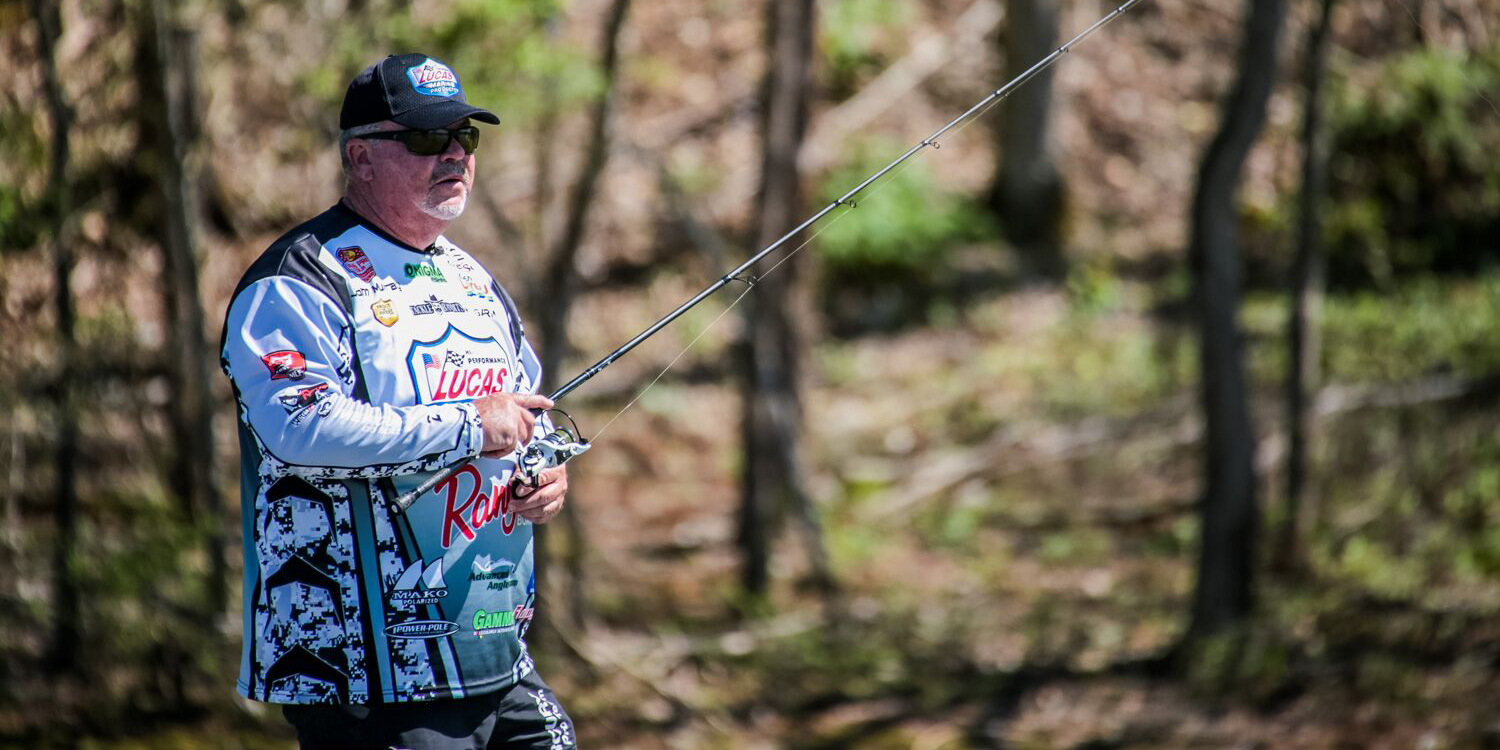 John Murray gives some tips on how to catch fish during the fall. Photo by Phoenix Moore

The dog days of summer can be tough for even the most experienced angler. Scorching temperatures and limited bites can make late June to late August seem like it’s never going to end. But once September rolls around, our eyes start to shift to fall and that sweet relief the autumn wind can bring.

However, MLF pro John Murray says that with those cooler temperatures come some conflicting strategies when it comes to catching bass.

“Fall is a time of extremes,” Murray stated. “I’ve been a lot of places and that statement holds true pretty much anywhere. The fish can be either extremely deep or extremely shallow this time of year. Still, there’s a lot of variation and techniques you can use to catch fish in the fall.”

Murray says the first step of finding fish in the late summer/early fall seems like a no-brainer, but it’s not always as simple as it may seem. If you’re just honed in on where the shad are, you could be missing out on some big bites elsewhere.

“Big schools of shad are obviously a huge indicator of where the bass will be, but don’t just think about shad,” Murray advised. “You can look for crawdads and bluegill as well. Right now in Tennessee, where I live, all the bluegill are in 30 feet of water. That’s not really the norm. The bass will always follow their food, so be on the lookout for any different patterns like that.”

Falling Into the Deep

There are plenty of baits that can catch fish in deeper water come fall, but Murray has a few favorites he turns to more than others.

“I love reaching for a spoon this time of year,” Murray revealed. “A drop-shot is also a go-to when you’re in deeper water. Heavy jigs are also a big player: 3/4-ounce to 1-ounce football heads. The main thing is that you want something you can control down deep and feel a bite.

“Keep in mind that deep is all relative to where you are. Some places 30 feet is deep while others it’s 120 feet. It’s all about having a feel and being able to work your bait deep.”

If deep water isn’t your forte, no matter. Murray says you can focus on shallow water and still have plenty of success as long as there are baitfish around. The Tennessee pro prefers a couple of different baits when fishing in the shallows.

“You can’t go wrong with topwater when you’re fishing shallow,” Murray stated. “A River2Sea Whopper Plopper or a buzzbait, and followed up with a fluke-style bait gets me all the bites I need. I love topwater fishing in the fall because you can see all the way down to the bottom, so you can physically see the bass come up to get it.”

Murray says that the best thing about fall fishing is that you don’t have to hang your hat on either shallow or deep-water fishing, both can be effective in the same day. He says that if you start your day with topwater and aren’t having much success, don’t be afraid to move out deep to try and find some more bites. You might like what you find.

Murray is now a guide on Watts Bar Lake in Tennessee. If you would like a guided trip with Murray, reach out to him on his Facebook page at John Murray, Professional Angler.