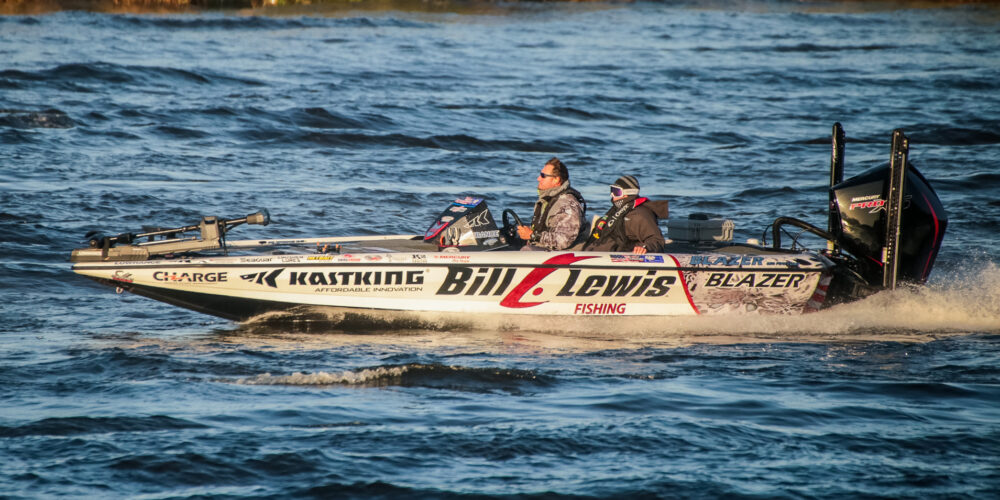 When it comes time for winter fishing, Cliff Crochet says he lives by one simple mantra: speed kills. That’s right. No matter the temperature, the Louisiana pro says that he likes working his baits at a blistering pace to get bit.

“You can either talk the fish into biting or you can get a reaction bite,” Crochet explained. “I like going for that reaction bite. I love burning my baits through the water and making those bass bite it. Sometimes slow fishing isn’t slow enough in the winter, so I like to break all the rules and go my own way.”

Right Time for a Rat-L-Trap

Crochet says there are two main baits that he loves to turn to for his “speed kills” philosophy. The first is a Bill Lewis Rat-L-Trap. Any size will do according to Crochet, but he likes to go a little heavier in the colder months.

“I like to upsize that bait in the winter so it’ll stay deeper,” Crochet detailed. “With the bigger bait in shallow water, you can dig a whole bunch. I’m talking about throwing a ¾-ounce bait in 4 or 5 feet of water. Digging, deflecting and looking for that reaction bite.”

Of course, bait colors are a big piece to the bass-catching puzzle as well.

“I like the Silverado color for shad and also some reds this time of the year as well,” Crochet listed. “46R is a great crawfish color and also Rayburn Red. Really any sort of red you can find will work well.”

The second part of his winter one-two punch is a Crusher Lures Cliff Crochet Spinnerbait.

“I like a ½-ounce double willow blade for size and speed,” Crochet mentioned. “I use the same rod and reel as I do for the Rat-L-Trap but my line changes to 20-pound fluorocarbon.”

That change in line test is an important distinction for Crochet.

“I have to get the most I can out of my line,” Crochet said. “If you can get away with 20-pound line, why not use it? It’s not going to break, it performs well and I like the way it feels on my reel. You could throw a spinnerbait on 12- or 15-pound test, but what do you gain from that? Stick with the 20-pound fluorocarbon in my opinion.”

The Bill Lewis pro says that laydowns are his main target when fishing a spinnerbait. While that may not be ground-breaking information, Crochet explains that working the different angles of a laydown is something that is often overlooked.

“There can be a lot of different targets in a really small area,” Crochet advised. “There’s the trunk and who knows how many branches. Those are all contact points you want to make with your bait as many times as possible at as many different angles as possible. You can have as many as 15 casts at one particular piece of cover just by hitting it at different angles and directions.”