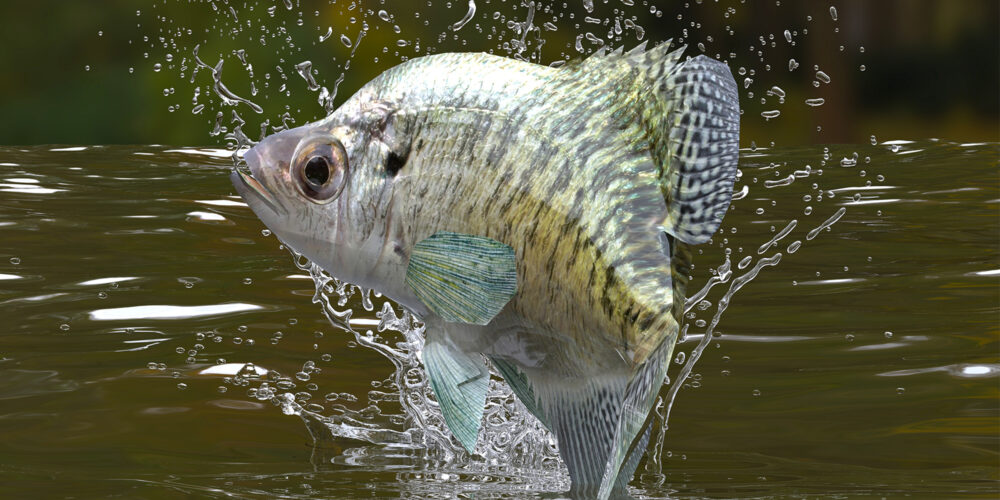 Long, long before he was a bass-fishing Hall of Famer and one of the originators of Major League Fishing, Arkansas pro Mark Davis was a crappie-catching machine. Born and raised in Hot Springs, Arkansas, Davis admits that his first childhood memory was “crappie fishing with my dad after school in first grade.”

The young Davis was so adept at catching crappie that he started guiding at age 13, and made his living for 20 years as a crappie/bass guide on Lake Hamilton and Lake Ouachita.

When we got the hankering to connect with some wintertime crappie, we tapped into Davis’ deep bank of know-how and experience for a few rules on how, when and where:

Most crappie anglers regard springtime as the most productive time of year to catch crappie, but Davis admits that he prefers the winter months for sheer productivity.

“Spring is good, don’t get me wrong – crappie move shallow, just like bass – but wintertime is my favorite time,” Davis says. “Water temperatures can get too cold to catch bass, but one thing about crappie: they don’t mind the cold. I can remember some really cold winters where we’d get some ice on the lake (which is rare for the South). Bass would just shut down, but crappie just kept biting. You could find a brushpile on the edge of the ice, cast your cork and jig up onto the ice and reel it back off the edge of the ice. That jig would pull the cork down, and you’d get a bite on every cast.

“Also, you’ll find big schools of crappie in the winter. They’ll group up on manmade structure, grass or whatever, and when you find them, you can catch a lot of them.”

Davis allows water clarity to dictate the depth and location of where he’ll fish for crappie in the winter. In clearer lakes, he’ll look for schools suspended around bridge pilings, over deep grass or brushpiles; In fisheries with “some color,” he’ll focus on shallower breaks (3 to 6 feet) with deep water nearby; In truly stained water, Davis says that crappie will more frequently suspend over deeper water.

“They won’t so much relate to cover in stained water,” he says. “They like to suspend, but over deeper water than they would if the water is clear. That’s when you’ll see guys using spider rigs and trolling – I don’t troll much, but it’s pretty effective when you have fish suspended in that deeper water.”

While bitter-cold morning temperatures may dull your desire to put a boat in the water, Davis says to tough it out and take advantage of the morning bite.

“I know how it is, when the water is cold and you’re freezing while you’re launching, you might be thinking, ‘Why am I doing this, fishing will get better when it’s warmer,’” Davis observes. “But I’m here to tell you when the water is cold in the winter, it’s still stable – those fish are in the same temperature all day long. They’ll bite at other times of the day and late evening, too, but that early bite is hard to beat.”

Consider this more generational/guide advice rather than a rule, but Davis ties his bobbers on differently than the manufacturer suggests, especially in the winter. On your average round, red-and-white, spring-loaded/fixed bobber, you attach your line through the two hooks on the top and bottom ends of the bobber, a fixed distance above your jig or bait. But Davis prefers to wrap his line around the bottom hook several times, and not at all through the hook on the top (stem) end.

When he casts this rig out, the weight of a 1/16- to 1/8-ounce crappie jig will cause the bobber to stand up straight, with the stem pointing up. When a fish bites, it causes the bobber to lean over.

“If you’re fishing the right depth, you’re never fishing below suspended fish in the winter, so fish are coming up to bite,” Davis says. “When they bite from below, they’ll push some slack in the line, and that cork will just roll over. That’s when you wind them in.

“I learned that little trick from the old-timers when I was a kid. It’s as simple a technique as there ever was, but those crappies in the winter will seldom pull your cork under. More often than not, that stem will just lay over and you know you have a bite.”