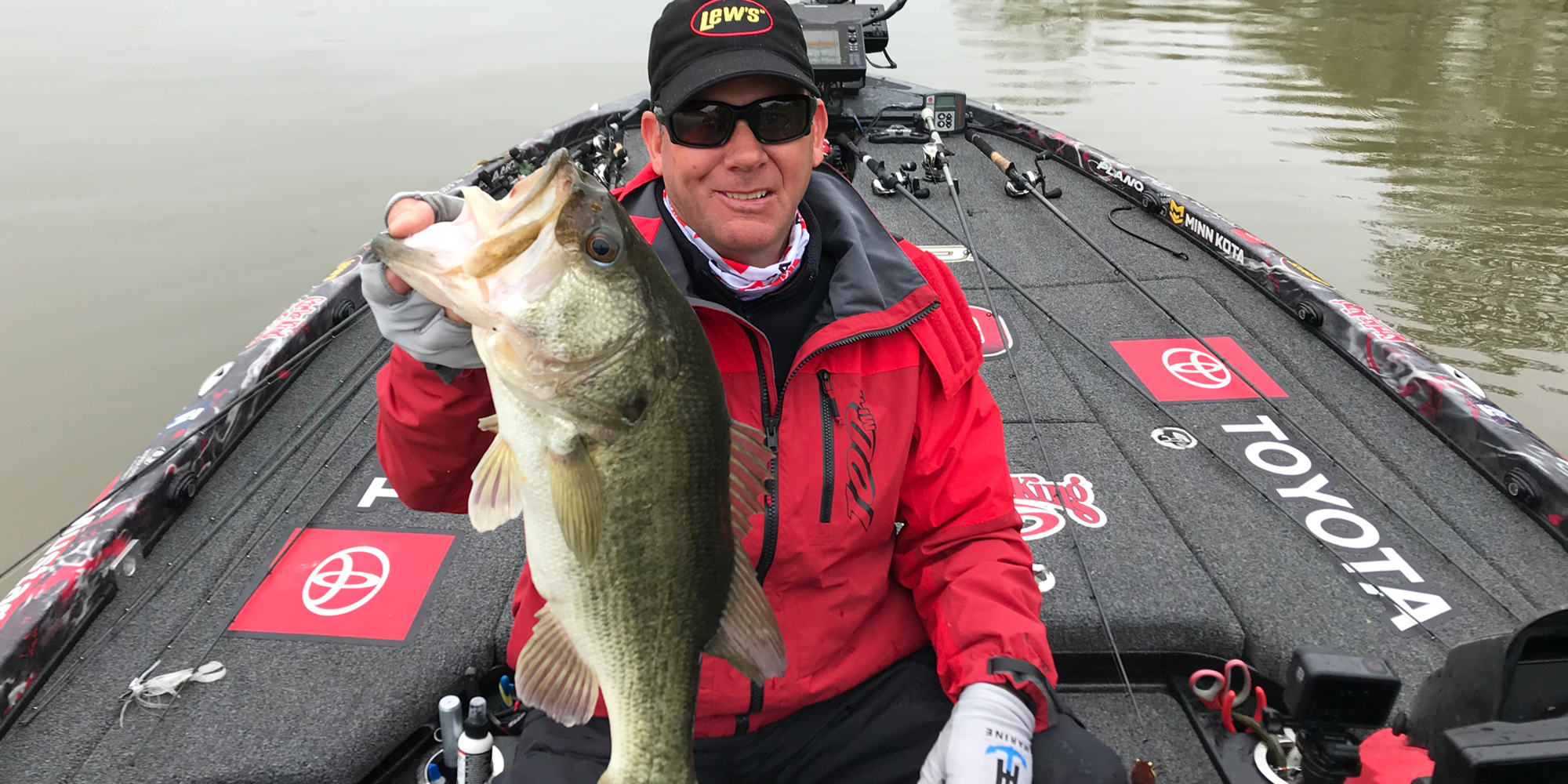 While we are all doing our best to stay close to home and quarantine ourselves due to COVID-19 protocol, bass are in different stages of the spawn. Whether they are prespawn for those up north, postspawn for folks deep in the south, or in the process of spawning one thing is certain; there are bass to be caught up near the bank.

While many anglers reach for soft plastics or their favorite bottom-bouncing bait, Team Toyota’s Kevin VanDam loves covering water with crankbaits this time of year. VanDam’s knowledge and prowess with crankbaits of all varieties is unparalleled. Fortunately, “Dr. Crankenstein” wants you to catch more bass and offered his top three spring crankbaits you need to have tied on right now.

If VanDam were forced to choose a single crankbait for springtime fishing, it would hands down be the Strike King KVD 1.5 squarebill. VanDam has employed this little plug to win literal millions of dollars in competitions and says this is the time of year it really shines.

“There is no place in the country I go without a 1.5 tied on in the spring,” VanDam admitted. “From Michigan to Texas to California and everywhere in between, you can catch fish on this crankbait while they are in relatively shallow water.”

What VanDam likes most about this crankbait is its versatility. The KVD 1.5 is a player around a myriad of cover types. Whether you are hunting around laydowns, bouncing off rocks, or ticking the top of deeper grass lines the 1.5 performs flawlessly. KVD decides which color(s) to employ based upon the forage he believes bass are feeding in on.

And by varying the line size he throws this squarebill on VanDam efficiently and effectively covers a wide depth range with this single crankbait. The shallower he needs the bait to dive, the heavier line he’ll use, up to 20-lb Bass Pro Shops XPS KVD 100% Fluorocarbon. If he needs to dive a little deeper, KVD will drop his line size down until his bait is digging at the opportune depth.

When bass are in super skinny water and on the cusp of performing their spawning ritual, VanDam favors the KVD 1.5 Shallow squarebill. While this crankbait is similar in name to his first choice, these are very different tools for VanDam based on diving depth.

“The 1.5 Shallow only runs about twelve inches below the surface and is the perfect bait to cover water when bass get dirt shallow,” VanDam explained. “I throw it on heavy 17-pound line and fish it close to shallow cover or around docks. If you keep your rod tip high on your retrieve this crankbait practically doubles as a wakebait and will draw some aggressive strikes.”

VanDam almost exclusively chooses bluegill or sunfish color patterns when fishing the 1.5 Shallow. He knows bass are thinking about spawning and bluegills are one of their primary targets this time of year whether they are feeding or protecting their spawning beds.

Whether it’s due to green slime moss, a bad bottom, or extremely shallow water – the 1.5 Shallow is VanDam’s player when he needs a crankbait to hunt in the top of the water column.

As the bass in your area finish spawning and start sliding from the shallows to their deeper offshore haunts, VanDam’s go-to crankbait becomes a Strike King Series 5 crankbait in Sexy Shad. As soon as bass finish spawning they will often gorge on shad and the Series 5 consummately matches the hatch.

“Simply put, the Series 5 dives in the depth zone the bass are in during this transitional period,” VanDam said. “Bass don’t go extremely deep immediately after spawning. When they finish spawning they work their way out of the shallows; stopping at secondary points, road beds, shallow ledges, or main lake points.

“That 8-10 foot depth range and these type of stopping points are where a Series 5 does its best work.”

Many bass anglers want to pull out their favorite deep diving crankbaits as soon as they get the inkling bass are moving off the bank. VanDam’s experience has shown meeting them in the middle with a slightly less intrusive Series 5 will produce better than more aggressive deep-diving plugs when bass are freshly post-spawn.

Take it from The Man himself; one of these crankbaits, or a combination of the three will help you catch bass on your local fishery right now. Stay close to home and use these plugs to cover water and catch some fish in the weeks to come. As KVD often says, “It’s all about the attitude.”