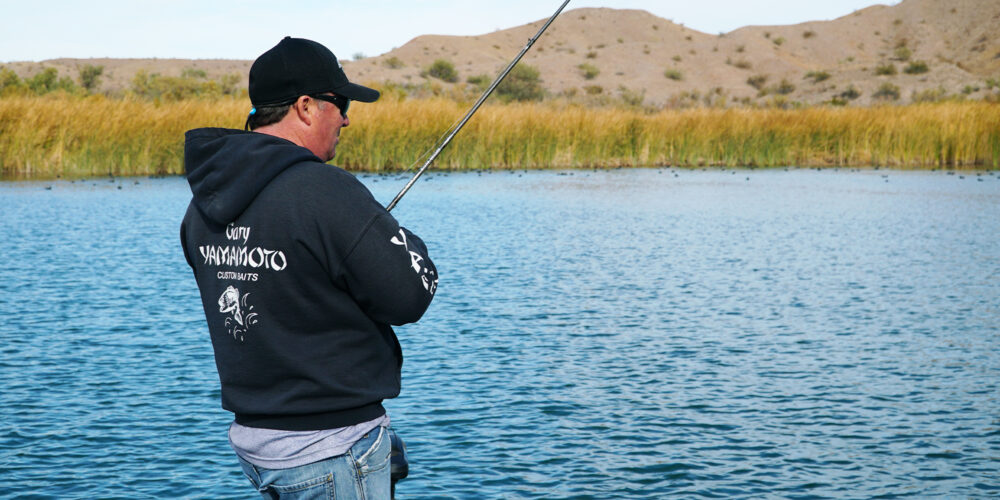 According to Roy Hawk, birds will tell you more of the story if you're paying attention. Photo by Tyler Brinks
January 13, 2021 • Tyler Brinks • Major League Lessons

The old adage to “look for the birds” has proven to be a great way to locate feeding fish. Saltwater and bass anglers alike have done this for years, and it’s a surefire way to find actively feeding fish.

But according to MLF pro Roy Hawk, birds will tell you more of the story if you’re paying close attention.

Arizona’s Hawk has the perfect name for a bird-watching angler, and his eye for birds is sharp as he scans the water, looking for clues that different species are telling him.

“Birds will tell you so much information if you pay attention to them,” Hawk confirms. “The birds diving down into the water is an obvious one, but most birds you see on the water will give you a clue to what’s going on around you.”

The Coot Tells a Story

The coot is one of the most common birds that you’ll find on the water, as their range includes all of the United States and most of North America. They’re grass eaters, and Hawk is always watching to see what they’re doing.

“They’re vegetarians, so they’ll always be around grass,” he says. “It’s not that big of a deal in the warmer weather when the grass is everywhere and you can see it topped out just by looking around. (Coots) become really important later in the year, when the grass has started to die off and is harder to find.”

On vast flats, Coots tell Hawk exactly where he needs to be casting and where the biggest concentration of vegetation is.

“Where they’re positioned does more than just tell you where the grass is,” Hawk believes. “The big groups huddled together show you the thickest grass. Where there are only a few birds, the grass is generally sparser. On big flats, they’ll also often line up right on the grass line.”

The loon is a relatively big bird with a large appetite, and Hawk has learned that it’s often around bigger prey. This clues him in to lure size and the potential for big bass in the area.

“They’ll still eat threadfin shad, but a lot of times they’re on bigger baitfish like gizzard shad,” he says. “That can dial you in to bigger baits to catch bigger fish if you see a loon.”

Herons and egrets are always a good sign, and Hawk loves to see them along the shoreline.

“They’ll line up along the shoreline where predatory fish like bass and stripers are moving bait to the shore,” Hawk says. “They’d rather wait for baitfish to get pushed to them, and seeing them tells me bass are nearby.”

Another bird that Hawk is delighted to see is a small brown bird that he refers to as “crawdad birds” because that’s the central part of their diet.

“We have them on Lake Havasu and it’s like they have a GPS in them or something,” he says with a chuckle. “They’ll swim out in the middle of nowhere and dive right down to a small rock or single brushpile. They’ll swim down and go right to that and start rooting around for a meal. I love seeing those things because they give away the best spots.”