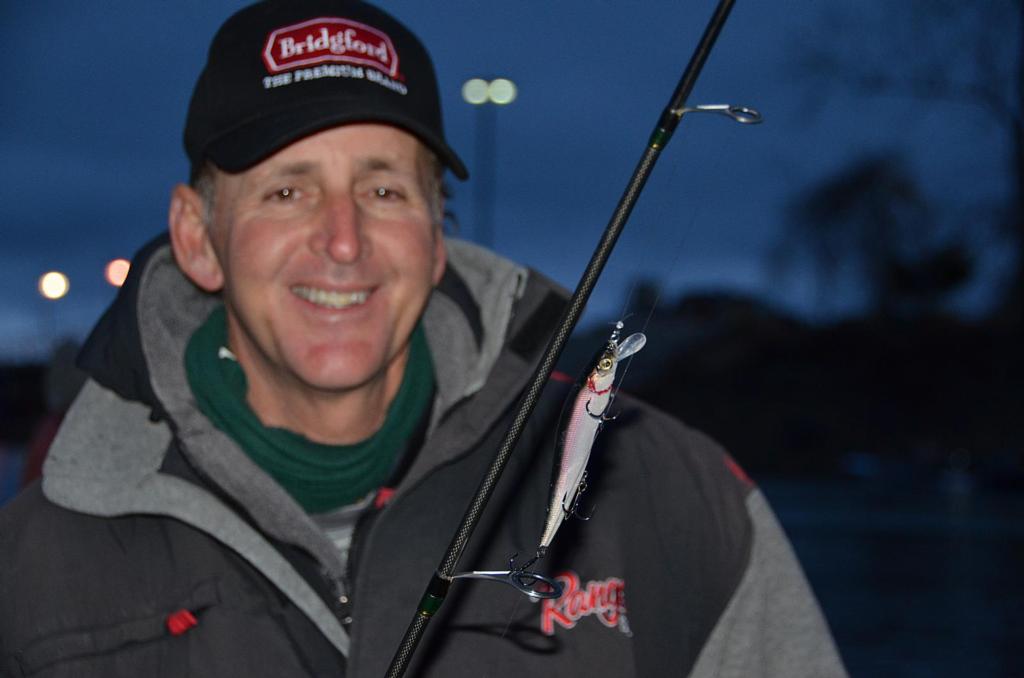 Editor’s Note: The Central Division of the Rayovac FLW Series holds its season-opener on chilly Grand Lake O’ the Cherokees April 3-5 out of Wolf Creek Park, and Bridgford Foods pro Randy Blaukat has a few insights on what the contestants are likely to find. The writer’s opinions and observations expressed here are his own, and do not necessarily reflect or represent the views, policies or positions of FLW.

The winter of 2014 was extreme virtually everywhere, and Grand Lake and the tri-state area of Oklahoma, Missouri and Arkansas was not spared from the deep freeze. I live about 35 minutes from the lake, and during the 40-plus years I’ve been fishing Grand, only on two occasions have I seen the lake almost completely frozen over. One of those times was this winter.

Needless to say, when the Rayovac FLW Series Central Division anglers arrive there for the tournament, they’re going to find water temperatures far below what is normal for this time of year. I’ve fished the lake quite a bit since last December, and rarely have I seen the fishing so tough.

Anglers who pay attention to such things might be aware of the fact that about three weeks ago, the Walmart FLW Bass Fishing League event on Grand was brutal. Only 33 pros weighed in a bass, and more than 100 blanked for the day. This week’s event will certainly see much better results, as we are just now seeing water temperatures climb to around 50 degrees in the lake.

There are a couple of other factors that will have a big impact on the fishing during the Rayovac FLW Series event. First, the tri-state area has had very little rain since the first of the year, and consequently the lake is about as clear as it ever gets. This, combined with the cool water, will create a solid prespawn situation. And lastly, the lake has experienced two huge shad kills, and the bass have taken full advantage of this.

Unless we get some unexpected heavy rains that flood the Neosho and Spring rivers, the lake should be stable from one end to the other, and that’ll open up a lot of water to the anglers. Technique wise, there will be a lot of things working during the tournament. All of the typical prespawn methods will come into play. Jigs, spinnerbaits, jerkbaits and crankbaits have the potential to be the key lures.

The big thing that should be on all of the anglers’ minds is the infamous and unfortunately still legal umbrella rig [Editor’s Note: the rule stipulates that an umbrella rig may have a maximum of five wires, five spinners and five lures, but only three single or treble hooks, unless state regulations require fewer]. The rig dominated tournaments on the lake last year, but has not been much of a factor in 2014. The main reason for this is probably the result of those massive shad kills and the easy pickings they offer bass.

Then again, nothing has produced very well since the water temperatures plummeted and stayed in the upper 30s and low 40s through most of January, February and March. Based on my experience and knowledge of the lake, I think some anglers will do all right on the umbrella rig, but the best catches will come on more traditional offerings.

The main problem that anglers face with the umbrella rig is figuring out the right rig and the right water. I’m confident that 90 percent of the field will throw one in practice, but maybe only 10 percent will depend on it during the main event. So much has to do with getting the right lure color/size setup, the right weights, the correct wire profiles, etc. Add to those variables the job of finding the right water. The fish might be on points, banks, guts, ditches, docks, suspended over shad – or somewhere in between.

The umbrella rig anglers who figure out the right setup and right water could do well and possibly win. There again, though, my prediction is that most of those guys chunking umbrella rigs will be wasting serious practice time with nothing to show for it except a good arm workout.

What will make this event really interesting is how the anglers deal with the lake being behind schedule as far as the spring warm-up. The more traditional late-March patterns and techniques might give way to some new creative approaches. That is the great thing about tournament fishing, however. It’s a mental game where creativity, intuition and creative visualization pay off. And I see the Rayovac FLW Series test on Grand Lake being no different.