The Future of Bass Fishing is in Good Hands 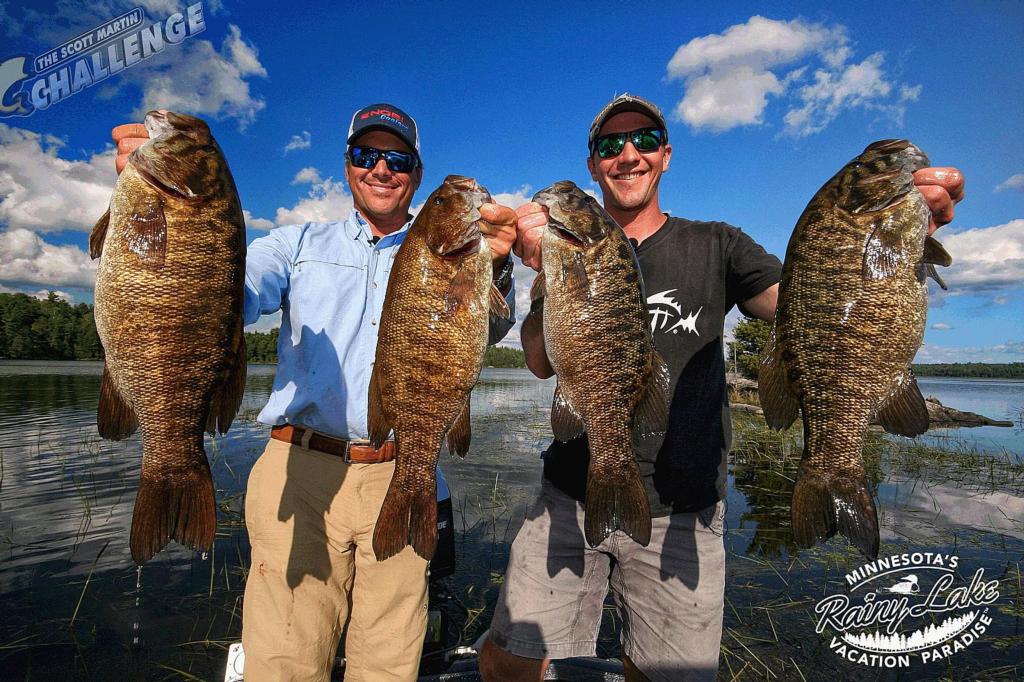 It’s been a couple months since I fished my last FLW event, the Forrest Wood Cup in Columbia, S.C., where I got to watch history in the making. The championship weigh-in was very exciting as it featured the local favorite Anthony Gagliardi taking home the top prize with a 1-ounce margin of victory.

I was very blessed to have a good year and ended the season with a top-10 finish in the Forrest Wood Cup. Since then, I’ve spent some time with the family and have had some fun going on saltwater fishing trips. On the bass-fishing front, one of the neatest trips I took since the 2014 Tour ended was to northern Minnesota and Rainy Lake on the Canadian border to shoot two awesome episodes of The Scott Martin Challenge.

In a roundabout way, I was inspired to film on Rainy through my involvement with the High School Fishing and FLW College Fishing programs. I’ve had a great time representing FLW at events throughout the country. This has been a fun project since I’ve been able to see the future of our sport as it develops. The amount of interest in the sport of bass fishing shown by young people across the country is at an all-time high, with universities and high schools the length and breadth of the nation participating in events.

During my travels in 2013, I was able to go out to “The Sportsman’s Paradise,” Shreveport, La., and showcase one of the best high school teams in the country. Chad Poulsen and Cameron Mattison were my challengers on an episode of the TV show. They’re tremendous fishermen, and it was an honor to put the spotlight on these talented guys from the high school ranks.

Fast-forward to spring. In March, I helped host the FLW College Fishing National Championship at Lake Keowee in South Carolina. What a great event it was, with lots of awesome fishermen, including the University of Minnesota team of Austin Felix and Chris Burgan that took home the top prize. 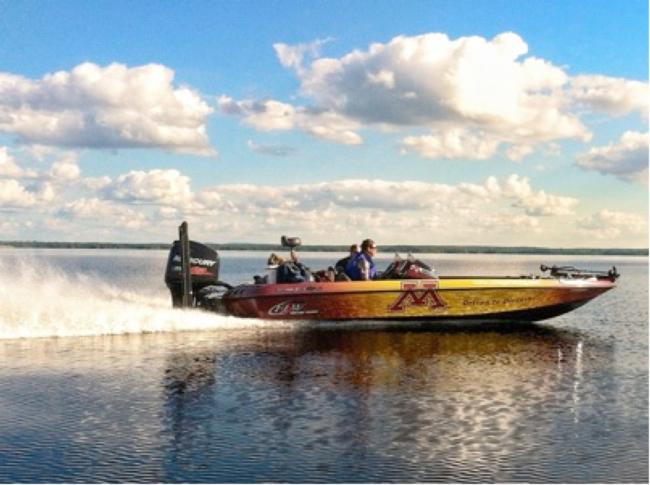 One of the cool things about the University of Minnesota winning the National Championship is that the anglers earned the invitation to fish the Forrest Wood Cup on Lake Murray. Austin was the boater, and Chris fished on the co-angler side. Austin did really well on day one. He caught lots of fish and was in contention to make the cut. The tournament got a little tough after that for everyone, however. Still, both Austin and Chris ended up with decent finishes and represented their school well.

It was at the National Championship that I made up my mind to host these guys on my show for the 2015 season. We started putting together an idea that involved Rainy Lake on the Canadian border in northern Minnesota because it’s fairly close to Austin and Chris, and it’s one of the great bass lakes of North America. It had the makings for an exciting show.

Early fall in northern Minnesota on the Boundary Waters lakes can be an awesome time to fish. Stupendous topwater strikes and lots of action throughout the day always make for a great show. My special guest and teammate for the event was local hot stick and up-and-coming pro Jeff Gustafson, affectionately known as Gussy to his friends. Gussy had a tremendous season on the Walmart FLW Tour this year. One of the coolest moments for him came on day one at Pickwick Lake when he caught a 10-pound, 12-ounce bass. By far, it was the biggest bass of the event.

So I decided to travel north and film the show out of Thunderbird Lodge on the shores of Rainy Lake. The weather was perfect, and the lake certainly lived up to its reputation. We had a great time and caught lots of fish, with Gussy and I catching more than 20 pounds of smallmouth bass apiece. As for Austin and Chris – well, I can’t spill the beans on who won yet, but you can catch the episode coming up in January on NBC Sports. It’s one of the best shows we’ve ever shot.

Circling back to high school and college fishing, I really am excited about the future of our sport and where it’s going. The one thing that impresses me the most is how professional these kids are, both on and off the water.

I’m looking forward to next year where we can showcase more aspiring anglers in High School Fishing and FLW College Fishing events. If you’re interested in starting your own high school or college club, you’ll find all the details here. Get in touch with FLW and you’ll be walked through the steps regarding how to organized your fishing team. And if you end up winning the championship or do especially well, there’s a good chance you’ll be hearing from The Scott Martin Challenge.

Well, it’s time now for me to get back to work, film a few more shows and prepare for a challenging 2015 season on the Walmart FLW Tour.