Thrill of Victory, Agony of Defeat

How to survive the most difficult sport in the world 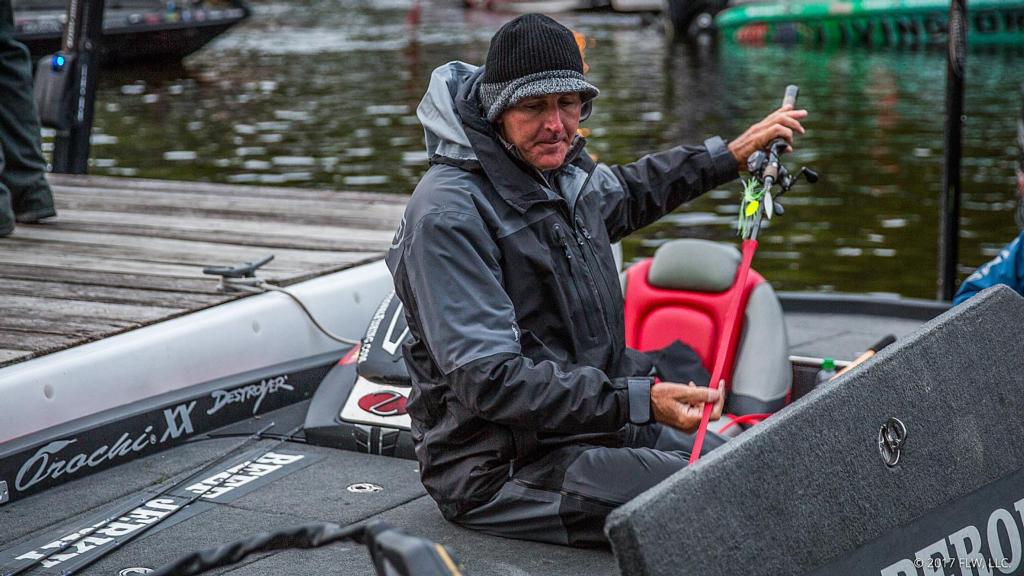 I’ve always said that professional bass fishing is the most difficult sport in the world. Most people who live outside this world and have not experienced it probably question that statement. The veterans of this sport know exactly what I’m talking about.

For a moment, let’s forget about the issues that make it so difficult, and let’s discuss the real reason professional fishing is the most difficult sport in the world: the emotional challenge that everyone deals with regarding the thrill of victory and the agony of defeat.

Depending on the mysterious combination of your own skill set and what the universe throws your way, you might experience the thrill of victory or success more than the agony of defeat and bad breaks, or vice versa. Some anglers seem to rarely get the experience of victory or success, and are mired in the lows. But most professional anglers lead careers somewhere in the middle.

To me, in the modern world of 2017 pro fishing, victory or success on the FLW Tour is making the top 50 and coming home with at least $10,000. Anything above that is a bonus.

This is not to say I don’t enter each event with the intention of winning or making the top-20 cut. I’ve won events and qualified for a lot of championships, and made more than $1.5 million in fishing. I know what success feels like.

But when you are competing against the top 160-plus anglers in the world, and have countless uncontrolled variables standing in your way, winning is elusive, even for the best anglers.

Making a top 50 is a proud accomplishment unless you are one of the few anglers such as Andy Morgan, Wesley Strader or Bryan Thrift, who are simply on a different level than the other 158 or so anglers in each Tour event. Failures, in their minds, could be considered successes in most anglers’ minds. So-so seasons, in their minds, are career years in many other anglers’ worlds.

Given this, tournament anglers must learn how to deal with success and failure relative to their own expectations.

I’ll use my last two events as examples of this.

At Beaver Lake last month I was able to make the cut after day two, sitting in sixth place entering Saturday’s semi-final round.

Much of this was due to a 5-pound hawg I caught in the afternoon on day two. This fish bit on light line, and immediately wrapped me up in a cedar tree. All I could do was keep tension on the line as I buzzed to it with my trolling motor. When I got there, she was hung up about 3 feet underwater on a limb. Fortunately, I was able to get her in the net while she was still underwater.

The moment she came in the boat, the endorphins that all tournament anglers live for kicked in. As I took her out of the net, my heart was pounding, my awareness was at peak levels and I knew that fish locked me into the top 20. It’s the best feeling in the world.

When you reach this point of success during a tournament day, there is an emotional, mental and spiritual shift in your consciousness. Some anglers are fortunate to get to experience it more than others. It’s powerful; almost addictive. It’s the same feeling you get when you win an event, only the circumstances are different.

It’s this thrill of a victory or momentary success that drives every tournament angler. Fishing is an art form – no different than singing, painting or acting. You seek perfection in your art form, whatever it may be, and when you experience it to whatever level, it makes you feel alive.

After a tournament like I had at Beaver, coming home with a great check and good points creates a thrill that all who have experienced it can relate to. Food tastes better. Your moods are better. Grass is greener. Life is good.

On the flip side is defeat, or lack of success that was expected.

A good example of this was at our Mississippi River FLW Tour event last week.

I had a very strong practice, and had located an area in Pool 9 that I had to myself. It was full of good fish. The first day of the tournament I ran down there and caught a limit weighing 12 pounds, 11 ounces in 30 minutes. Super-heavy barge traffic was on the river, and I was in the first flight, so after fishing only two hours I elected to lock back into Pool 8 to play it safe and not get locked out, thinking my 12-11 would be a good weight.

As it turned out, I locked back through way too early, never upgraded and found myself mired in 70th place after day one, with a weight I thought would be in the top 30.

On day two, I arrived at the lock in the morning to find a barge in it. After waiting almost an hour we locked through, and I ran to my best water, only to find it the color of chocolate milk.

I scrambled, and finally at about 1:30 found an area with cleaner water and began to catch them good. I had four good fish, and one barely 14-incher that I knew I had to get rid of to get a top-50 check. I was totally confident I could cull up several times in the next hour, and possibly even make the top 20.

About that time, I saw a double-stack barge heading upriver. I calculated its arrival time at the lock and figured if I didn’t leave right then, and the barge made its approach before I got there, I would be locked out.

I elected to play it safe and lock up ahead of the barge. As I was in the lock, I heard the lockmaster say the barge decided to anchor and would not be locking through. Had I known, I could have stayed and fished another two hours in my key area where they were biting. My heart sank, as I knew I could have caught several more good ones in two hours.

Because of this, I never upgraded and missed making the top 50 by just 5 ounces. This resulted in driving home with zero money instead of $10K.

I’ve missed checks, cuts and wins many times in the past by losing fish at the boat or jumping them off, but for some reason this event last week really got to me. I had the area and the fish to do well. I’d figured out the bait. It was the barge/lock situation – an uncontrolled variable – that kept me from succeeding.

Driving home was painful as I reflected on all the fish I had left out there and all the money I’d left on the table. That feeling I had driving back home from Beaver had been replaced with the agony of defeat.

The lesson I would like to pass along to everyone regarding this is one I’ve learned the hard way from more than 30 years of tournaments and experiencing much success and failure.

That lesson is two-fold:

1. You can’t sweep your pain of failure under the rug. Feel it. Get mad. Get upset. Vent to your friends and family. After a couple days, it becomes easy to let it go and gain wisdom from the experience. When you have decompressed, reflect and learn from your experiences and those of the other anglers in the event. If you do this, you can turn a negative into a positive. This leads to more positives.

2. On the other hand, when you have success, take time and file away how it feels. Remember it well. Remembering the feeling of success breeds more success.

Finally, stay positive. It’s a choice you have, and there is always something you can gain as a positive out of each event.

Savor the good events, and learn from the bad ones. Stay in the moment. These are the keys to surviving the most difficult sport in the world.