ANTHONY GAGLIARDI: Scale Your Fall Offerings to the Size of the Baitfish 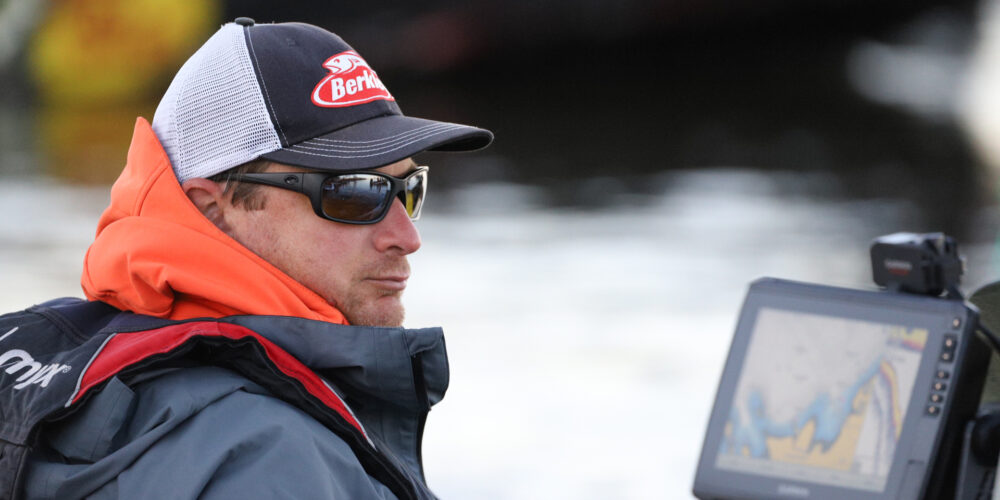 It’s the fall and the kids are back in school. It’s also a great time to get out fishing because the bass are also in school. They’re ganged up heavy as they binge on baitfish, and when you find one bass, you’ll likely find many more with them.

Fishing for schooling bass is one of my all-time favorite ways to catch them and having success all comes down to finding the right areas and paying attention to baitfish – specifically how big they are – so you can select the right lure.

The schooling bite starts going off in late summer and really gets going during the fall. It’s something you can bank on all fall until the water temperatures get too cold as winter begins to set in. The calendar dates will vary based on where you live, but the basic principle is the same no matter where you’re fishing.

In the warmer months, most baitfish will be close to deep water and tend to relate more to river channels. As it cools in the fall, those baitfish will begin to move toward the creeks. I like to fish the channels, humps, and points closest to deep water inside these creeks. These are your high percentage areas to see schooling fish on the surface, or to find them with your electronics.

Once the water gets cooler, you’ll start to see the baitfish migration further into the backs of creeks, and the bass will be right behind them. It’s something that happens every year like clockwork.

How I Catch ‘Em

When the bite is on and the fish are in a frenzy, it’s hard to pick something the bass won’t eat. That being said, some baits are more effective, and a lot of that comes down to being efficient and matching what the bass are eating.

During the fall, you’ll typically find small shad hatched earlier in spring, and that’s when it becomes crucial to downsize your baits. It could be a smaller topwater or a smaller crankbait. Whatever the case may be, downsizing your bait can be critical if you notice smaller baitfish because that’s what the bass are focused on eating.

One of my best baits for schooling fish is a spoon. It’s something I catch a lot of schoolers on every fall. What makes a spoon so good is that it imitates a small baitfish very well, but you can fish it a few different ways. If the fish are near the surface, I’ll wind it right on top, but you can also drop it straight into them in deeper water. Generally, I use the ½-ounce size as a starting point but will go even lighter if I want a slower fall rate and smaller profile.

Although small baits frequently are the key, I never forget about standard-sized baits. One thing I always have tied on is a Berkley PowerBait Jerk Shad. I’ll usually have a couple rigged up (both a single and a double rig). They catch a lot of fish for me every fall, and in my opinion there’s not a better soft plastic to imitate baitfish.

Topwater is another must-have during the fall, plus it’s so much fun. I’ll use a popper like the Berkley Bullet Pop 70 and the Berkley Drift Walker. The Drift Walker is a smaller profile bait with a subtle action that can be great when the fish are pressured or spooky.

Fishing during the fall is something I look forward to every year because it’s one of the best times to catch schooling bass. When you dial them in, there’s no better way to catch a bunch in a hurry.