What the Heart Wants

Wendlandt “thrilled” to be back on Tour after heart attack 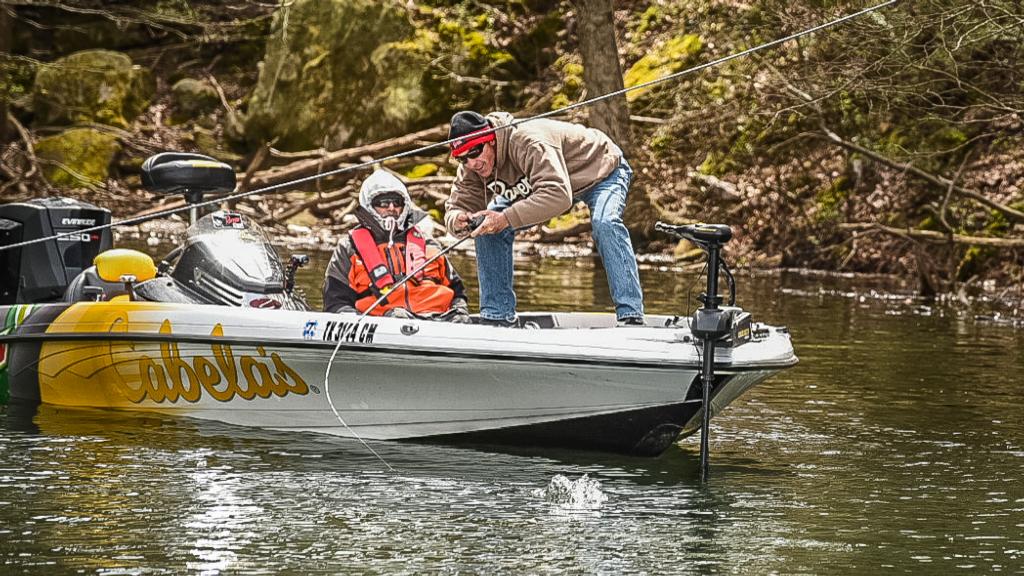 Clark Wendlandt doing everything he can to make sure this is not the one that got away on day three of the Walmart FLW Tour on Lewis Smith Lake. Photo by Rob Newell. Angler: Clark Wendlandt.
May 11, 2015 • Sean Ostruszka • Angler News

It’s said that what doesn’t kill you only makes you stronger. Clark Wendlandt is, literally, taking that to heart.

When the veteran Texas pro takes off at Lake Eufaula this week, he’ll be doing so roughly 400 miles from Douglas Lake in Tennessee. He’ll also be doing so 352 days after May 27, 2014. Those facts might seem to have zero connection to this week’s Walmart FLW Tour event. They do, though, when you look at what Wendlandt has gone through in those miles and days; what he’s gone through since he suffered a heart attack.

Most don’t figure they’re at risk for a heart attack at 48 years old. Wendlandt sure didn’t as he practiced for the B.A.S.S. Open on Memorial Day weekend last year at Douglas. Even as he began experiencing chest pain throughout his day, Wendlandt continued to fish.

“I felt a little weak, but I’m not the type to stop,” Wendlandt says. “I put in a full day. I’m just so lucky it wasn’t during the tournament, because as driven as I am, I would have tried to gut it out.”

Instead, Wendlandt went to bed only to be awoken at 3 a.m. in significant pain. It wasn’t just in his chest anymore, but also his arm, neck and jaw.

“I actually Googled ‘chest pain,’ and it of course came up ‘heart attack,’” Wendlandt says. “I knew there was a hospital six or seven miles away, so I hopped in my truck and drove myself there.”

After a series of tests – the first actually came back negative, but the second signaled he’d had a heart attack – Wendlandt was rushed by ambulance to the larger St. Mary's Hospital in downtown Knoxville. There, without performing major surgery, a cardiologist was able to install a stent in the blocked artery that caused the heart attack.

Clark Wendlandt doesn’t take days off. In more than 20 years of tournament fishing he doesn’t remember ever missing an event. That all changed in 24 hours.

He missed the Douglas event while still in the hospital, and even after he was released and back home, he still had six to eight weeks of rehab before the doctors would allow him to return to normal activities, let alone fishing. That meant missing the final 2014 FLW Tour events on Pickwick Lake and Kentucky Lake.

Pre-heart attack, missing a tournament would have frustrated Wendlandt. Post, he admits it wasn’t all that hard, as his focus was understandably elsewhere.

“I was just lucky to be alive,” Wendlandt says. “At that point, all I was interested in was getting myself back to good health.”

Step No. 1 was the diet – less salt and saturated fat. After that it was an emphasis on consistent exercise. And, of course, there was rest. The combination did the trick. By no means “heavy,” Wendlandt still dropped 24 pounds in the months after.

“I feel pretty good,” Wendlandt said last week. “I wanted to come back stronger than I was, and I have.”

Wendlandt is a three-time Walmart FLW Tour Angler of the Year. He’s fished 15 Forrest Wood Cup championships and finished in the top 10 in six of them. He’s won almost $2 million. Needless to say, tournament fishing is second nature to him.

But nine months removed from a heart attack, it was anyone’s guess how Wendlandt would fare in his first tournament back – the 2015 FLW Tour event at Lake Toho.

Fortunately for him, the start of 2015 also brought with it the start of filming season for Wendlandt’s numerous television shows, which helped get him prepared for the rigors of a major tournament.

“Filming a television show is not unlike fishing a tournament,” Wendlandt says. “You still have to perform and catch fish. There is less pressure, but I put a lot of energy into filming to get ready for the season.”

On March 5, 2015, Wendlandt took off from Big Toho Marina, marking the end to his hiatus from the sport. He caught 11 pounds, 15 ounces that first day, and followed it up with 9-3 on day two to finish out of the money in 83rd place. It was hardly the tournament finish he was looking for, but then again, it was everything he was looking for.

“I was thrilled just to be back,” he says.

If an 83rd-place finish thrilled him, what happened next can’t be put into words.

Wendlandt finished second at Lewis Smith Lake only a few weeks later, prompting pros to gush about him on stage, saying it felt “right” to see his name back in the top 10 “where it belonged.” A month later, the man known affectionately as “Mr. Beaver Lake” notched another top 20 at Beaver, and through three events, the former AOY finds himself sitting in 20th in the season-long standings.

“I’m back fishing pretty instinctually, which is when I do best,” Wendlandt says. “At the time [of the heart attack] it was tough, but now I realize why it happened. The stress of tournament fishing can get to you. It can get to you in any job, but in fishing you have to perform or else you don’t get paid; you don’t eat.

“I can’t describe it, but when you almost die, something happens to you. All that stress and weight just peels away. I’m no longer worried about making top 10s. I’m just happy to be here fishing and enjoying it.”