Peter T is Back on Track

Florida pro is fishing, cooking and enjoying life as he contemplates the Forrest Wood Cup 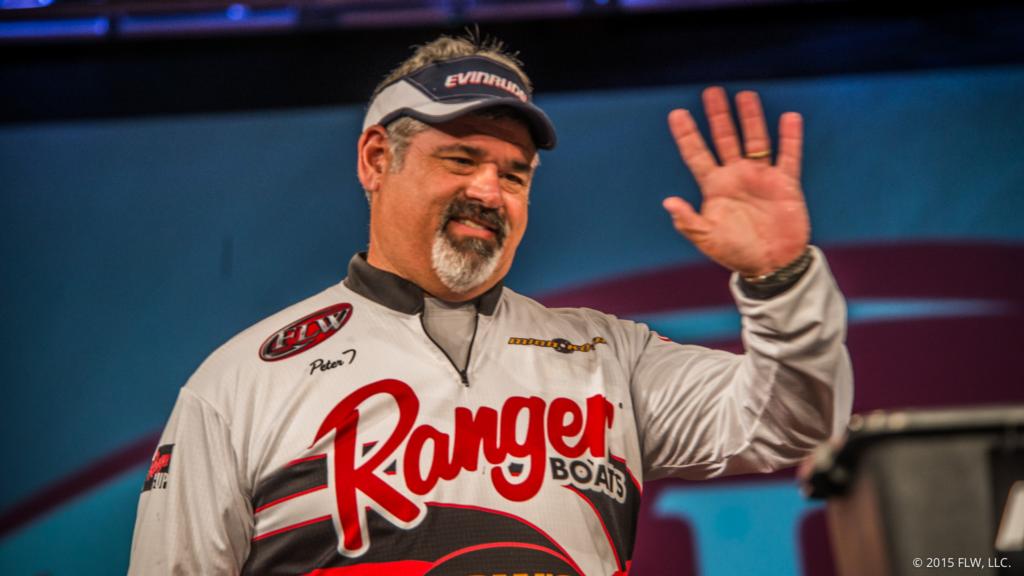 Quick, who was the first Walmart FLW Tour Angler of the Year? If you answered Peter Thliveros, give yourself a pat on the back.

Peter T, as he’s more commonly known, led the pack in 1996, the year FLW burst onto the national bass tournament stage. Three years later, Thliveros had another stellar season and finished fourth in the annual standings. In fact, the Florida pro qualified for six consecutive Forrest Wood Cup championships between 1996 and 2001 (the year of 9/11, when there was no Cup) and was one of the Tour’s shining stars in its formative years.

“It’s a long, complicated story, but the short version is that I couldn’t handle the two-tour tango, and I wound up fishing the B.A.S.S. side for a variety of reasons, mainly because of sponsor considerations,” says Peter T. “There were a lot of distractions. It took me five years to get my mind straight and go back to FLW.”

Though it took him a couple of seasons to regain his stride, Peter T seems to have resurrected his A game. During the 2015 qualifying campaign, he collected five paychecks in the six tournaments, including $17,000 at Beaver Lake in a seventh-place showing. It was his best season since 2000, when he finished 14th overall.

“I’ve simplified my fishing quite a bit. I decided I didn’t have time to figure out every little detail. I was just going to follow the basics of fishing and do what works,” he says. “I made some good decisions in the best tournaments I had this year. I made some good second-day adjustments. Even at Chickamauga I had a good second day; it just wasn’t good enough.” 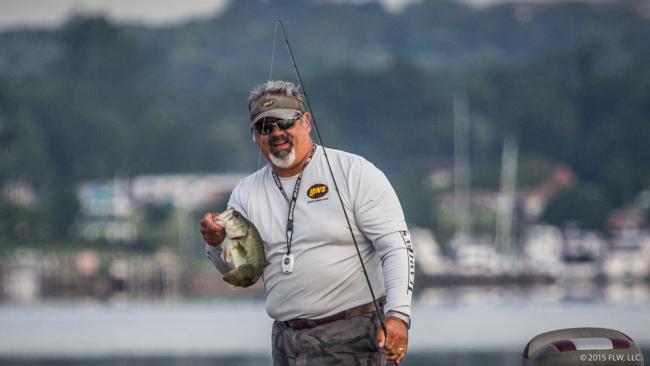 Overall, though, Thliveros was good enough. Not only is he back in the Cup after a long hiatus, but his son, Nick, also qualified to fish in the championship as a co-angler (Roy and Sunny Hawk is the other father-son duo that reached the Cup this year) in his second year fishing the Tour.

Life is good now. The Thliveros family has owned a restaurant for 45 years, and last September Peter T also bought a diner on the south side of Jacksonville. While it isn’t a gold mine, according to Peter T, the diner is paying its bills and hasn’t accrued any outstanding debts. More importantly, it’s allowed him to fish the Tour without spreading himself thin with various sponsor obligations.

“I’ve always been involved with cooking and restaurants, so I’m comfortable doing what I’m doing there,” says the Sunshine State veteran. “I’ve got three main sponsors – Ranger, Evinrude and Lew’s – and I look after them. Otherwise, after 35 years of doing it [tournament fishing] the way I have, I’m OK. I’m not as strong as I was, and don’t have the speed and mobility I once had, but mentally I’m still in the game and enjoying fishing.”

More importantly, Peter T has been competitive in tournaments. His worst finish was 66th at Lake Chickamauga, and, though it seems contradictory, he placed 62nd on Lake Toho to start the season. Otherwise he never finished lower than 32nd (on the Potomac River) and fared well in tournaments at Lewis Smith, Beaver Lake and Lake Eufaula.

His finish at Beaver Lake suggests that Peter T could be a strong contender at Lake Ouachita, as the two lakes are similar in some respects. Both have rocky banks, lots of standing timber and deep, clear water. Ouachita also reminds Peter T of Lake Texoma, especially as it regards grass, and he doesn’t have much confidence when it comes to picking apart mats.

“That standing flooded timber in Ouachita can be like fishing grass so hopefully that will help,” says Peter T. “It’s cover, and it attracts baitfish. If the shallower stuff gets so much pressure that the fish pull out, offshore could be the deal.” 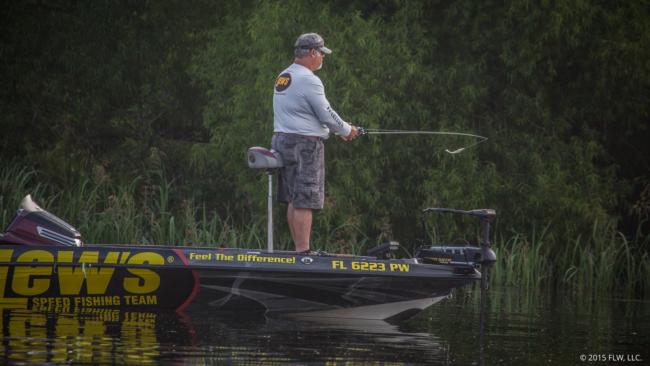 Like a lot of other qualifiers, Thliveros fished the lake before the cutoff, but the experience didn’t instill much confidence in him. He fished with Lawson Hibdon – Dion’s son, who is a Cup co-angler – and between them they only caught about 10 keepers in four days of fishing and scouting.

“It was slow, not a real confidence-builder,” Peter T says of the visit. “Of course, I haven’t fished Ouachita since Wes Strader won there [March 2002]. Heck, I’ve never fished an Ozark lake in the summer, so it’s going to be all outside the box for me. I know there’s more grass in Ouachita now, but I don’t think that’s going to do me any good, and there are brush piles everywhere, including some that have just been put down. It’s going to be a typical late-summer grind.”

Still, in the big-picture view, Peter T is pleased with the way things are going for him. At 55 he’s hit what to him is a nice pace and proved to himself and the fishing world that he still has the juice. 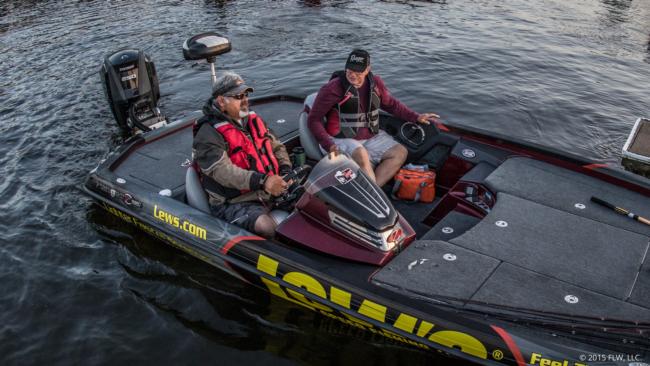