DeFoe on ‘Helping Your Fellow Angler’ 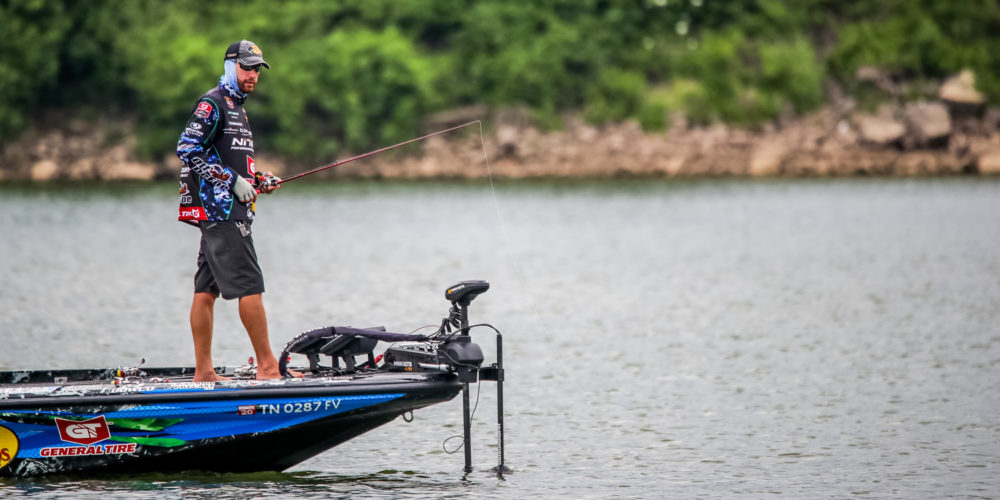 For the second time in less than a month, MLF pro Ott DeFoe was in the right place at the right time to help out a fellow angler.

Earlier this month, DeFoe (along with Gerald Swindle and Terry Scroggins) helped fix a wiring issue on a stranger’s boat during a tournament in Alabama. Last weekend, when given the opportunity to be a good Samaritan once again, DeFoe rose to the occasion.

“Anyone in my shoes would have done the same thing,” DeFoe said matter-of-factly. “I don’t think I did anything special. I was just trying to help my fellow angler out.”

DeFoe and his eight-year-old son, Parker, were preparing to fish in the Bass Pro Shops Sevierville High School and Middle School tournament on Norris Lake in Tennessee. As the two and Parker’s teammate were getting ready to head to the launch point, they noticed another team at the secluded ramp having a problem getting their engine started. It was high school anglers Ryan May and Owen Taylor who were having trouble getting their near-30-year-old boat to start.

With little time before the tournament was set to begin, DeFoe didn’t hesitate, he knew what he needed to do.

“The fact of the matter is that we’ve all been there at some point or another,” DeFoe explained. “When I got started fishing I was fishing with a 15-year-old boat that had some mechanical issues. Whether it’s a new or a used boat, you can always run into mechanical issues and if someone isn’t there to help you out then it just makes it that much tougher.”

The entire exchange was logged by a Facebook post over the weekend. DeFoe first tried to use a handheld battery booster without any luck. Instead of saying, “Oh well, we tried,” the Tennessee pro ran back to his boat to pick up some jumper cables. When that failed as well, DeFoe offered to help the father swap batteries to get him back going. The father thanked DeFoe for his help but politely declined and sent him on his way.

DeFoe, Parker and Parker’s teammate made it to launch with a little time to spare, even after helping troubleshoot. Although the Bass Pro Shops pro couldn’t figure out a solution, it just wasn’t in his nature to leave a fellow angler stranded and in need.

“Those guys we helped in Alabama had traveled a really long way to compete in that particular tournament and this instance it was a couple of kids and a dad fishing together in a tournament,” DeFoe said. “All those kids wanted to do was to go fish and have fun. I would have hated to see them put in all that work to get there and have their boat not work. I just wanted to do whatever I could to help them out.”

Lessons from Mom and Dad

DeFoe has had his fair share of mechanical issues over the course of his career, and he’s been helped too many times to count. A lot of those strangers that lent DeFoe a hand were probably raised the same way he was: by parents who instilled in him a charge to do what’s right.

“My parents always told me that if someone needs help, then you help them out,” DeFoe said. “They taught me to never turn my back on anyone that’s in a less-than-ideal situation. I believe that’s how you’re supposed to act as a human being. It’s the least we can do.”

The father of the stranded team ended his Facebook post with a thank you to DeFoe saying, “I’m proud that Ott is such a great ambassador for the sport of bass fishing and he does so much for the young kids that want to get involved in this great sport.”

Just another story to add to the list for an all-time great guy, Ott DeFoe.