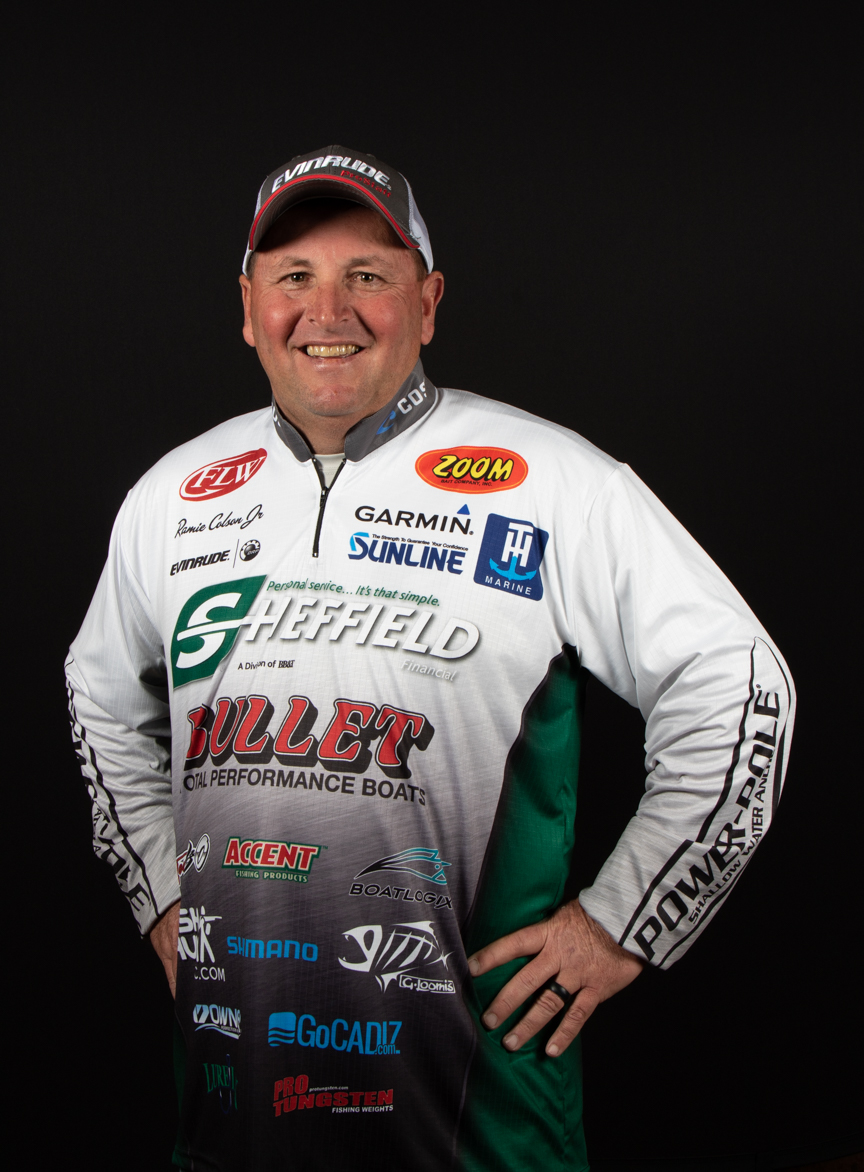 Just by taking a look at this Kentucky angler’s tournament history, one can quickly see that Colson has a fondness for the Kentucky and Barkley system of lakes. Colson’s hometown, Cadiz, Ky., is located just east of lakes and he likes to squeeze in plenty of practice time there. When the legendary ledges of Kentucky and Barkley Lakes are hot in the summer time, it plays right into Colson’s strengths, deep structure fishing. The large majority of his top-10 finishes have occurred on these lakes including his first tournament win with FLW, a BFL tournament in 1995.