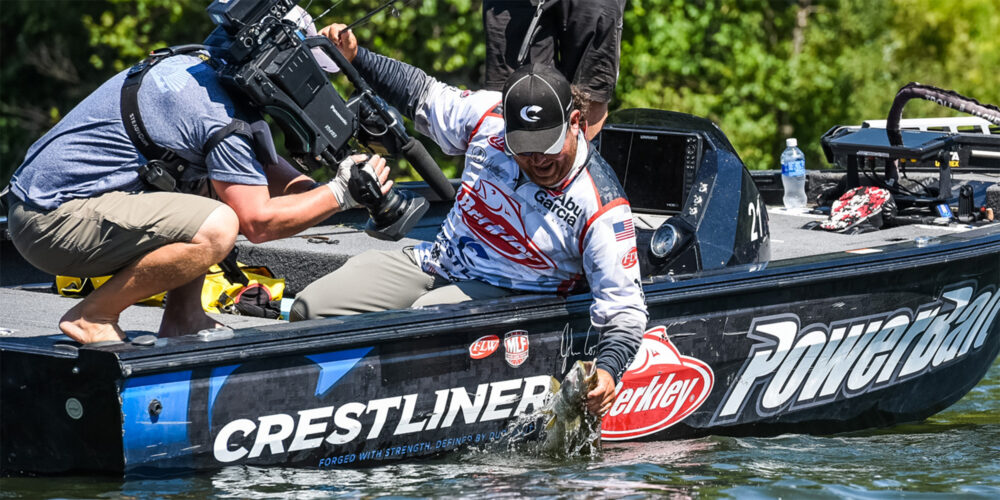 Top performers in the 2021 MLF Pro Circuit will join perennial MLF BIG5 Angler of the Year contender John Cox during the seven-tournament 2021 Bass Pro Tour season, under a new agreement announced by MLF.

Cox and four different Pro Circuit anglers per event will replace five departing Bass Pro Tour anglers to compose the 80-man roster for each of the seven Bass Pro Tour events, starting with the regular-season opener at Lake Sam Rayburn in Texas in mid-March.

A four-time AOY top 10 finisher during a 10-year FLW Tour/Pro Circuit career (and the winner of the 2016 Forrest Wood Cup), Cox was one of the first group of anglers invited to compete on the inaugural Bass Pro Tour in 2019. He opted not to accept that invitation, but still fished the FLW Tour and Pro Circuit in 2019 and 2020, winning one event in each of those years and qualifying for the end-of-year championship both years.

He plans to fish both the Bass Pro Tour and the Pro Circuit in 2021, kicking off his tournament schedule in early February at the Lake Okeechobee Pro Circuit opener, and setting the table to fish upwards of 20 MLF tour-level events by the fall if he qualifies for MLF Cups.

“I like the lakes on the schedule, I like the payouts, and I like that I can fish a lot of tournaments,” Cox said. “I don’t know exactly how I’ll do in the MLF format for a full season, but even if I don’t do great, I feel good about my chances to make a few top 10s and cash checks. I want to fish as much as possible – I’m still trying to map out the entire schedule, but I just know that I’m going to be able to fish a lot, and that’s good for me.”

The Florida pro started his career in 2004 as a co-angler in the Gator Division of the Phoenix Boats Bass Fishing League, and has racked up seven wins, 35 top 10s and nearly $1.5 million in winnings in 133 FLW tournaments. Three of Cox’s wins came on fisheries that are on the 2021 Bass Pro Tour schedule: Sam Rayburn Reservoir in Texas, Lake Chickamauga in Tenessee and the Harris Chain of Lakes in Florida.

“There are a few places on that 2021 schedule where I think to myself ‘Hmmm, I know a spot or two here or there, I think I might do quite well in that one,’” Cox admitted. “But there are also a few places where I’ve done well before that might be a challenge in the MLF format. Lake Chickamauga is a good example: I love Chickamauga and have had some great tournaments there, but I don’t know if I’ll be able to hang with those guys (who are) fishing offshore. I’ve caught six or seven fish a day in those Chick events, and I know that’s not going to cut it in the (MLF) format. I know I’ll have a few new things to figure out, but I’m excited about all of it.”

The four remaining roster spots at the seven regular-season Bass Pro Tour events will be filled by the top anglers from each Pro Circuit tournament in 2021. The top four finishers from each individual Pro Circuit event will receive automatic invitations to compete in Bass Pro Tour events that follow, opening the door for the Pro Circuit’s top performers to compete in the MLF catch, weigh, immediate-release format and for a $100,000 first-place check.

The four roster spots for the first Bass Pro Tour event at Sam Rayburn (March 21-26) will be filled based on 2020 Pro Circuit Angler of the Year standings; Pro Circuit event number one – February 11-13 at Lake Okeechobee, Florida – will then feed Bass Pro Tour Stage Two at Lake Travis (April 30-May 5) and so on.

“We’re all fishing to try to make the Bass Pro Tour circuit, this will be a really good opportunity for a guy to get his feet wet in that format,” said Pro Circuit angler Bill McDonald, who got his first taste of the MLF format at the 2020 TITLE event at Sturgeon Bay, Wisconsin.

McDonald was fast out of the gate at that event, catching nearly 15 pounds of smallmouth and battling for the lead in his first 45 minutes in the MLF format before eventually finishing 15th for the day.

“It’s a very positive thing to get that exposure (to the format),” McDonald says. “You can tell yourself that the Bass Pro Tour format isn’t really that much more pressure, but I can tell you from experience that it takes a strong mental game. It’s the highest of highs to hear your name at the top (of SCORETRACKER®), but your brain goes crazy when you drop rapidly. It’ll be valuable experience to qualify for one of those (Bass Pro Tour) events).”

“MLF has created a program where you start on the ground floor and qualify all the way up, and if that opportunity to fish Bass Pro Tour tournaments comes up, I’ll absolutely take that offer,” Bohannon said. “I’m super excited about the plan that MLF has put in place. I’d really like to fish against the Bass Pro Tour guys. I really like that format and that opportunity.”