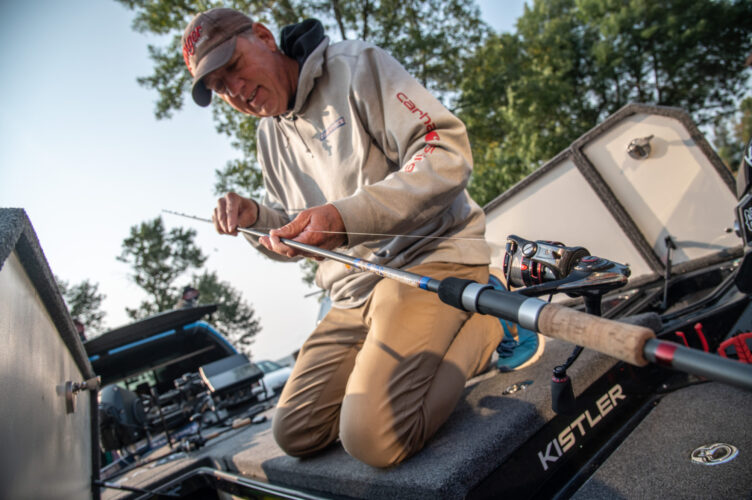 ONAMIA, Minn. – Alton Jones was so confident in his ability to succeed at Bally Bet Stage Seven Presented by Minn Kota that he picked himself in a recent Fantasy Fishing Insider, and now that confidence is paying off as Jones won his Qualifying Round to automatically qualify for Championship Thursday.

Jones spent a lot of time preparing for Stage Seven, pre-fishing Mille Lacs and figuring out what works for each spot. Now he knows where the fish are at, and what it will take to attract them, so he’s preparing his gear for the final day of the final event of the 2022 Bass Pro Tour.