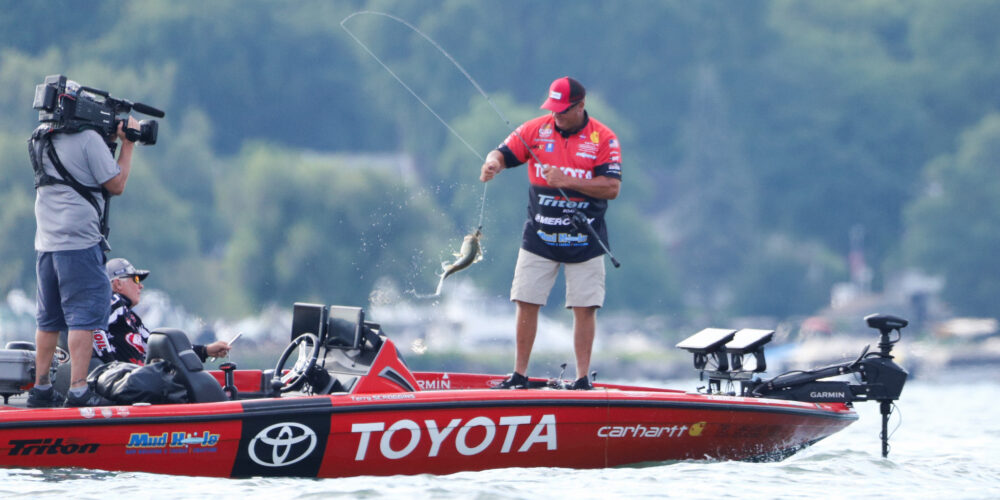 UNION SPRINGS, N.Y. – Team Toyota pro Terry Scroggins is making his Championship Round debut at the Fox Rent A Car Stage Six Presented by Googan Baits. “Big Show” is focused on the largemouth bite on Cayuga Lake, fishing a 200-yard stretch of grass around Frontenac Island – visible from the tournament takeoff at Frontenac Park in Union Springs. His bait was a ½-ounce green pumpkin vibrating jig with a matching trailer.

Only time will tell if his largemouth pattern will hold up against the pros who are catching smallmouth out deep. You can watch the Championship Round unfold on MajorLeagueFishing.com or the free MLF app.