GALLERY: Championship Round Quickly Becomes a Two-Horse Race Between Connell and Wheeler 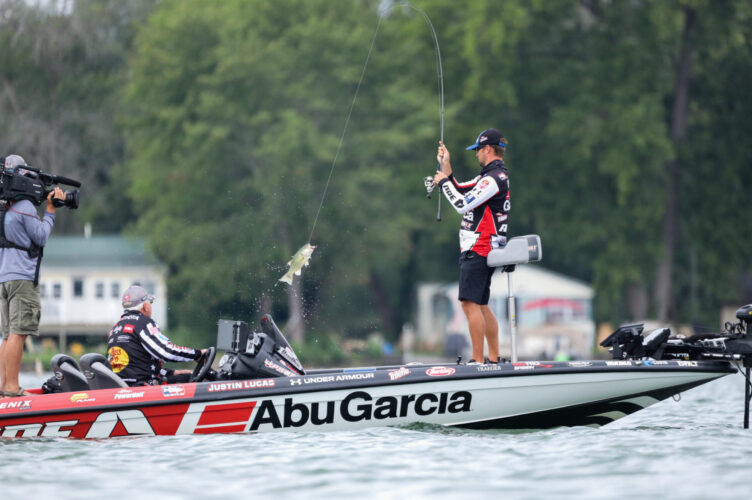 UNION SPRINGS, N.Y. – While it’s not possible to declare a winner early in the day at a Bass Pro Tour event, Dustin Connell and Jacob Wheeler had such a strong start that the Fox Rent A Car Stage Six Presented by Googan Baits on Cayuga Lake quickly became a two-horse race.

Although they’ve posted significantly more on SCORETRACKER® than the other eight anglers during the morning run of the Championship Round, there’s still plenty of time left for anyone to catch up.

Watch the Championship Round unfold on the MLF NOW! live stream, the MLF mobile app, or on MyOutdoorTV.com.