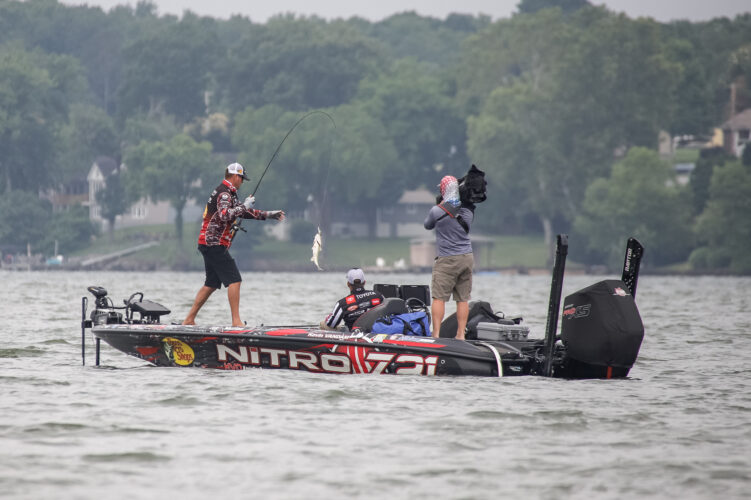 DAYTON, Tenn. – While he may be a Michigan native, Team Toyota pro Kevin VanDam has pocketed more winnings on the Tennessee River in his career than any of the B&W Trailer Hitches Stage Four Presented by ATG x Wrangler Top 10. After claiming Tuesday’s Knockout Round win, VanDam headed into the Championship Round with a bit of pep in his step. And rightfully so as the Bass Pro Shops angler rallied a slow morning by catching 12 bass in 30 minutes, skyrocketing up SCORETRACKER® and to his first Bass Pro Tour win. Catch up with KVD’s day on Chickamauga that earned him $100,000 and Stage Four title!