Lefebre Switching Things Up in 2021 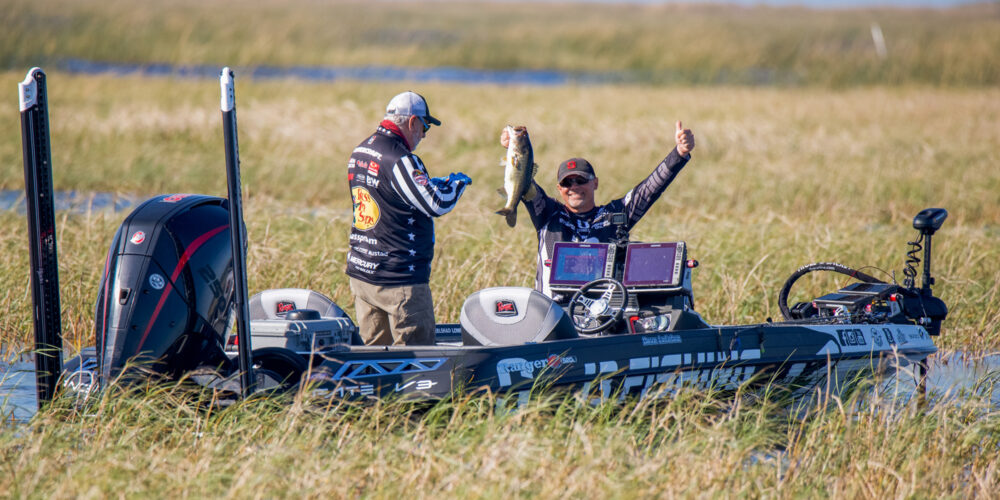 Dave Lefebre is changing up his game for the 2021 season. Photo by Jesse Schultz
January 19, 2021 • Dave Landahl • Bass Pro Tour

Heading into his 18th season as a full-time pro, Lefebre readily admits that he’s not one to switch things up on a whim. The Pennsylvania-based pro is methodical about making changes, but when he does, he goes all in.

“I’ve had the luxury of viewing the video of my fishing over the last two seasons on the Bass Pro Tour – it’s like a football player reviewing game film,” Lefebre says. “I’ve seen my mistakes, and intend to make some monumental changes for myself in my performance. I’m changing up my sponsor lineup a bit as well for the first time in a long time.”

Changing how you play the game after almost two successful decades can be a difficult transition for any professional athlete, but Lefebre is committed to improvement in 2021.

“I’ve had to reassess what I’m doing on the water,” admits Lefebre, who has finished 38th and 45th in Angler of the Year standings his two years on the Bass Pro Tour. “After two train-wreck years, I just have to do it. Look, I can write off one bad year, but two in a row? Not acceptable.”

Starting With the Basics

Lefebre’s punch list of changes starts with some of the most basic tools in his on-the-water toolbox: his rods.

“I’ve always used moderate action rods, I thought that was one of (my) secrets,” he says. “But this year, I’m switching to faster-action tips. I have to work on not setting the hook so fast. With the luxury of all that video to review, I see that’s been a mistake that I’ve made. I always thought (a fast hooksets) made me better. Watching myself, I have to relax at times.”

Another of Lefebre’s major points of improvement in the year ahead will be in some of his basic body mechanics. Like adjusting a golf swing, if you will.

“I’ve had the bites to win, but just lost a lot of fish,” he admits. “I lost 30 fish at the Heavy Hitters on Toho during the first two days, all on ChatterBaits and topwaters. One change is to relearn things like a ChatterBait retrieve: holding the rod at a 90-degree angle, not pointing directly at the lure. It’s not going to be easy. It’s all muscle memory, but I have to make the changes to be able to win. To steal a quote from Justin Lucas, I need to stop sucking.”

Making Some Business Changes, Too

In addition to his tinkering with retrieves and rod action, Lefebre has had some serious shifts in sponsors for the first time in several years.

“I’ve been with Rapala for well over a decade: I love the products and the company, but I’m no longer with them,” he says. “I’ve fully switched over to 13 Fishing. I’ve been with them for a while now and their products are amazing. I’ll be using their hard baits this year – but don’t get me wrong, if a Rapala lure is the one I think will work best in a situation, I won’t hesitate to use it. It’s a bittersweet deal for me, but it was the right time.

“It’s a blast working with 13 Fishing, from the idea phase to the reality of the bait being produced. It’s been an amazing experience.”

In addition to his shift in hard bait sponsor, Lefebre has changed his title sponsor, something he’s only experienced a few times in his career.

“I’ve only had three title sponsors in 18 years of pro fishing up to this year: Kelloggs, Chevy, and 13 Fishing,” Lefebre says. “In 2021, my new title sponsor is Fishing Online. I’ve been working with them on my TV show, Erie Extreme. The older I get, it becomes clearer how important it is to develop real relationships with the people you work with, the sponsors. I’ve been blessed for years knowing people at Rapala, 13 Fishing, Yamamoto, and now Fishing Online.”

Lefebre’s introduction to his new title sponsor came, as many such relationships do, from an unexpected connection.

“I met John Harley and his wife Bri, the owners of Fishing Online, through Bonafide Kayaks,” he says. “That company approached me to fish out of a kayak on my TV show. I’d never fished out of one before. Fishing Online started out as a kayak retailer. They still are, but now sell all sorts of fishing-related gear.