MARK DANIELS, JR.: The Start of a Gold Medal Offseason 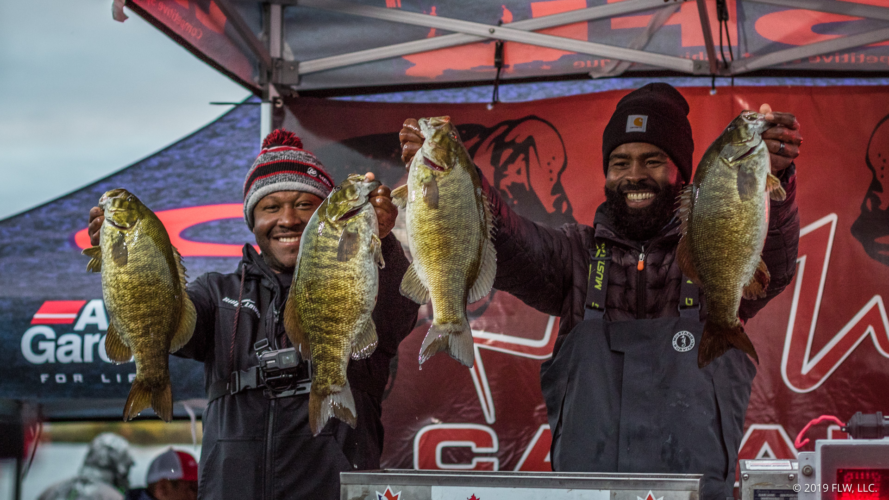 The 2019 Bass Pro Tour season ended a few months ago, but it hasn’t been much of an offseason so far. I’ve been busy with a trip to California and also a journey north of the border for the Pan American Black Bass Championship.

Plus, there have been many changes in the bass fishing world since we wrapped up REDCREST. Add the fact that I just got my new Ranger boat, and there hasn’t been any downtime at all.

Going for the Gold

The coolest thing I have experienced this year was the chance to fish for the gold medal in Canada at the Pan Am Championship. I was approached about fishing for Team USA this summer, and I was honored just to be invited.

Making this trip even better was the chance to be paired up with FLW pro Brian Latimer. B. Lat and I are super tight and talk several times a week, but since we’re both pro anglers, we hardly ever get to share the boat together.

We were fishing Lake Saint Francis, which is part of the St. Lawrence River. It was cool fishing up there, and even though I had fished the St. Lawrence, this area was much shallower and faster current. Plus, it was cold!

They split the day into two periods, and we had solid limits in both periods. We caught 10 bass for 45 pounds, 8 ounces and won the gold! It was a great feeling to win, and B. Lat said it best when he said, “We all started bass fishing because we love it. We never thought it would lead to representing our country.”

It was cool to see how the other countries all love bass fishing as much as we do.

It wasn’t that long ago that I was punching a clock and putting in my eight hours every day. I still pinch myself sometimes to make sure this is real. That’s why the addition of FLW to the MLF family is so awesome.

By far, the biggest question I get asked on social media is, “How do I become a pro angler?” and now there’s an easy answer.

If you’re young, start with high school and college fishing. That’s the best way to get started. No matter how old you are, starting at the BFL level and graduating to the FLW Series is the way to go.

From there, you can see the light at the end of the tunnel as you continue to move up. Start slow, get some experience, and when you are ready, keep moving up the ranks.

My new Ranger is here, and I’ve been busy rigging it and dialing it in. I know a lot of other pros like to be in the woods this time of year deer hunting, but I try to fish as much as I can. Between now and when we kick off the new season, I’ll be fishing a bunch.

Speaking of that, the 2020 Bass Pro Tour schedule looks amazing. Last year they were under the gun to schedule wherever they could in such a quick time frame, and we had to run with it, but this new schedule is proof that MLF is listening to the anglers and putting us on the best fisheries.

There are some great fisheries on the schedule, but I have to say that I’m most excited about getting back to Raleigh. There are some giants in all three of those lakes. There’s no doubt, 2020 is going to be a great year.